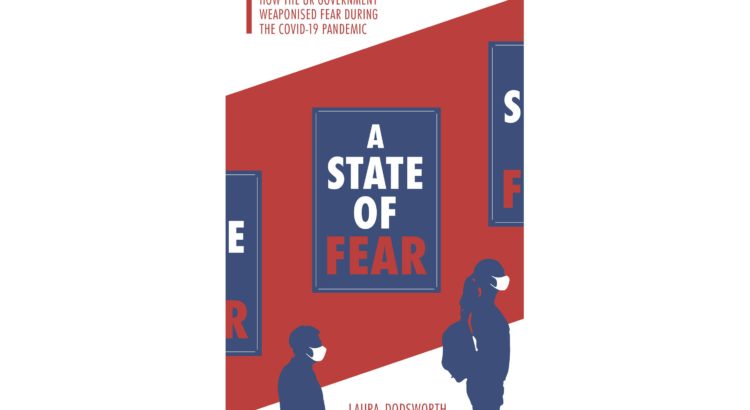 On 6 January a group of 46 psychologists and therapists, including several HART members, signed a letter to the British Psychological Society (BPS) raising ethical questions about the role of Government-employed psychologists in shaping the coronavirus communication campaign. In particular, they were concerned about their promotion of covert psychological ‘nudges’ — including ratcheting up fear levels — as a means of achieving widespread conformity with unprecedented lockdowns and mask mandates. As the UK body responsible for the ethical use of psychology, they expected the BPS to give our questions serious consideration. Regrettably, their response was dismissive, stating that they were ‘incredibly proud’ of the works done by psychologists during the pandemic. Nineteen weeks on, our letter has yet to be addressed by the BPS ethics committee. However, the revelations contained in a new book, A State of Fear by Laura Dodsworth, may vindicate our concerns and jolt the BPS out of its complacency.

Dodsworth has conducted the investigative journalism that her mainstream media counterparts manifestly failed to do. She managed to interview several members of the ‘Scientific Pandemic Insights Group on Behaviour’ (SPI-B), the subgroup of SAGE that advises government about its COVID-19 communication strategy, to ask about the way that fear has been exploited throughout the crisis. One anonymous member of SPI-B said, ‘The way we have used fear is dystopian … The use of fear has definitely been ethically questionable. It’s been like a weird experiment. Ultimately, it backfired because people became too scared’. Gavin Morgan — an educational psychologist and another SPI-B member — agreed, stating that, ‘they went overboard with the scary message to get compliance’. An independent scientific advisor in Whitehall was more blunt, expressing surprise at the ‘weaponisation’ of behavioural psychology and telling Dodsworth that, ‘the psychologists didn’t seem to notice when it stopped being altruistic and became manipulative’.

In addition to their recognition of the ethically dubious nature of covert ‘nudges’, a SAGE insider, Dr Gavin Morgan, also offered support to HART’s view on masks: that is, that they do more harm than good and the decision to mandate them for healthy people in the community was introduced as a psychological control method rather than a means of reducing viral transmission. The UCL educational psychologist was energetically opposed to masks from the outset of the crisis, describing them as ‘dehumanising’, but ultimately his view didn’t count as some SPI-B members liked masks because they conveyed a message of ‘solidarity’.

Maybe — albeit belatedly — truths are beginning to emerge.