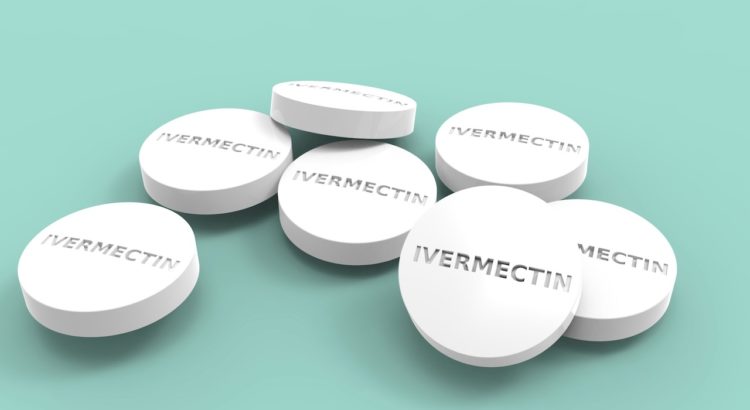 Continuing failure to recognise covid as a treatable disease

Many promising treatment options have emerged over the past 2 years. The failure to implement them, indeed the vilification of their proponents, has been shocking. With increasing concerns over vaccine safety and efficacy, it is now even more vital to look properly at prevention and early treatment.

Disclaimer: This is not medical advice. It is information for policymakers, or to take to your own doctor. HART advocates treatment only by a qualified medical practitioner in partnership with the patient. This is not an invitation to self-medication.

In March 2021, we described a number of promising treatment options for Covid-19. It has been very disheartening to see not only the failure to provide effective early treatments but also the orchestrated censorship and in some cases the destruction of careers of physicians seeking to do the best for their patients.

Since writing our evidence chapter in March 2021, many more papers have been published regarding a number of treatments but almost all have been ignored or refuted by regulators and mainstream media, and ‘fact checkers’ abound.

The Front Line COVID-19 Critical Care Alliance[i] have devised protocols for prevention and treatment of Covid-19.  One of the most concerning aspects of pandemic management, has been the erosion of the doctor-patient relationship and the imposition of government protocols.  In the US, relatives of dying patients have gone to court to force hospital boards to allow clinicians to prescribe Ivermectin[ii].

Paul Marik, Founder member of the FLCCC lost his prescribing rights and gave a harrowing description of a week attending the wards and being unable to offer any treatment or hope to his sickest patients[iii].  And all for a drug which costs a few cents and has a 30-year track record of safety, when used as an antiparasitic drug.

There are regimens for long-term chemo-prophylaxis for healthcare workers and also post-exposure prophylaxis for high risk family members.  Simplest of all is high dose vitamin D (see below).

All the authors of treatment protocols emphasise the importance of early treatment, started ideally within 2-3 days of onset, before the major inflammatory cascade is fully established. In particular, antivirals will be most effective if started at the time of maximum viral replication.  This is a very different approach from ‘stay at home and come to hospital if you deteriorate’.  Dr David Chesler, an American geriatrician, gives a very clear account of his experience treating patients in the care homes for which he was responsible with excellent results, but of course no RCT, only comparison with other colleagues following ‘standard care’.[vi] All of these regimes require the drugs to either be available in advance or for a treatment kit to be provided promptly, such as in this study from Mexico.[vii]  Budesonide has also been shown to be effective in high risk patients if started early.[viii]

Here is an example of an algorithm for treatment escalation.[ix]

Dr Shankara Chetty [x,xi], denied the option of using hydroxychloroquine and ivermectin in South Africa, demonstrated successful treatment starting on day-8 (if not resolved naturally) using a combination of steroids, anti-histamines, anti-leukotrienes and anticoagulants.  He has stated that many patients including some who arrived critically ill shortly before treatment began, required no hospitalisation, nor medical oxygen and there were no deaths.

Even if started late, use of ivermectin and high dose vitamins should be made readily available for physicians to prescribe as in the FLCCC MATH+ protocol.

Vitamins and micronutrients would perhaps be the least controversial. Vitamin D has long been known to be important in immune function[xiii] and lower blood levels have been shown to correlate with more upper respiratory infections.[xiv]  In a meta-analysis, Vitamin D levels[xv] were shown to correlate with recovery from Covid-19, suggesting that plasma levels of >50 would protect almost entirely against death. A randomised trial of prophylactic Vit D 4000 units daily[xvi] showed a significant reduction in SARS-CoV-2 infection in highly exposed healthcare workers. An ongoing summary of all trials worldwide is available[xvii], adding further support to the importance of Vitamin D.  High strength cholecalciferol tablets (Vitamin D3) are available in supermarkets, with a 3-month supply costing about the same as a single cup of coffee.  Yet no public health departments have promoted it and NICE guidance still only recommends a low dose during the winter months for healthy bones and muscles, rather than the higher doses required for good immune function.[xviii] Sunshine not only increases Vitamin D synthesis but also increases mitochondrial melatonin, which has its own benefits.[xix]

The importance of Vitamin C and Zinc has also been discussed.[xx] Many protocols involve a combination of vitamins and other micronutrients with anti-viral and/or anti-inflammatory drugs. The interaction of various treatments such as those in the FLCCC protocols, is important.  Zinc, for example, cannot work unless it can get into cells, and some antimicrobial drugs, namely doxycycline[xxi], azithromycin and ivermectin[xxii] may act as ‘zinc ionophores’ ie helping zinc to cross cell membranes. Quercetin, available from health food stores has also been shown to be beneficial, and its interaction with zinc is one of the proposed mechanisms[xxiii].

Controversy has surrounded hydroxychloroquine use, with one large trial apparently showing increase in ventricular arrhythmias and death, withdrawn when identified as fraudulent.[xxiv] An apparent endorsement by President Trump, increased the opprobrium[xxv] but a large number of trials have shown benefit if used early[xxvi]. It may also interact with zinc by another mechanism.[xxvii]

Ivermectin seems to have drawn more adverse attention from the media than most drugs, frequently being referred to as a ‘horse dewormer’[xxviii], despite being listed in the WHO top one hundred essential drugs. Its proponents have been vilified as antivaxxers and conspiracy theorists, with YouTube and Facebook stating they will not host any information promoting ivermectin on their platforms.   Even Merck[xxix], the drug company who had first marketed this now long out of patent drug, came out to say they didn’t know if it was safe for use in covid-19, despite having been happy to sell over 30 million prescriptions for its antiparasitic use. Was it mere coincidence that Merck published preliminary trial results on its own new and extremely expensive antiviral[xxx] a few weeks later?  Dr Tess Lawrie, director of the Evidence Based Medicine Consultancy[xxxi], has worked tirelessly to put together all the evidence in support of obtaining a product licence[xxxii].  Certainly, if compared to the evidence base for the safety and efficacy of the vaccines, it would appear that double standards are being applied.

The latest reported RCT[xxxiii], despite its title of ‘Non-effectiveness of Ivermectin on Inpatients and Outpatients…’, in fact showed several positive results. This and another recent negative study have been criticised in that they prescribed 0.4 mg /kg which is at the lower end of the various published trials, but they utilised a fixed maximum dose at 90kg.  Given 73% of participants were obese (a known risk factor for Covid-19), it was unfortunate that the very group who might have benefited, were significantly under-dosed.[xxxiv] For a full listing of all trials to date, see reference here.[xxxv]  Despite all the controversy, several countries including Japan, Mexico and Peru, have adopted an early ivermectin policy and seen considerable reduction in hospitalisations and deaths.[xxxvi] The Indian Bar Association last year initiated proceedings against the WHO for their part in discrediting Ivermectin.[xxxvii]

Turning to drugs that have been endorsed by the government and MSM, dexamethasone was the first to be hailed[xxxviii], and is indeed a standard treatment in intensive care patients.  A trial of budesonide steroid inhaler for outpatient treatment was therefore welcomed and gave encouraging results, with reduction of hospitalisations and deaths for high-risk patients[xxxix], but it is still listed on NICE guidance as only to be used as part of a clinical trial.[xl]

Remdesivir[xli] was the first antiviral to be granted emergency use authorisation (EUA) and was widely used early in the pandemic, but has had mixed results, with some studies showing increase in need for intensive care and of death.[xlii]  There have been concerns of the impact on renal function[xliii] especially if used in patients who already have multi-organ impairment and it has the disadvantage of requiring intravenous delivery.

Pfizer’s antiviral combination drug Paxlovid (nirmatrelvir/ritonavir) has recently been reported to show rebound infection[xliv], just at a time when they are applying for a full authorisation.[xlv]  Molnupiravir (mentioned above) was also given a conditional authorisation but a BMJ leader criticised its rapid approval, particularly in view of its mutagenic potential for increasing new variants.[xlvi]  Monoclonal antibody drugs, again trumpeted last year as demonstrating UK as ‘world leaders’[xlvii] have lost efficacy against the recent omicron variant.[xlviii]  Sotrovimab, the most recently authorised, was thought to have better omicron efficacy, only for it in turn to have its EUA status cancelled.[xlix]

The general censorship of alternative treatments and lack of funding has made it much harder to carry out randomised studies comparing the various regimes, so the physician, if allowed, or the potential patient has to look at regimes with multiple recommendations and try to work out how many of the recommended items to consider.  But it is clear that there are numerous treatment options for those who are willing to think outside the box.

So what of conflicts of interest?

The main purpose of this paper is to review some of the evidence behind the various treatments, but this would not be complete without at least a question to the reader.  What is the main difference between the drugs that have been given emergency use authorisation and those that have not?  Hint: you may want to consider the maxim, ‘Follow the money’. You may also wish to read this BMJ article.[l]