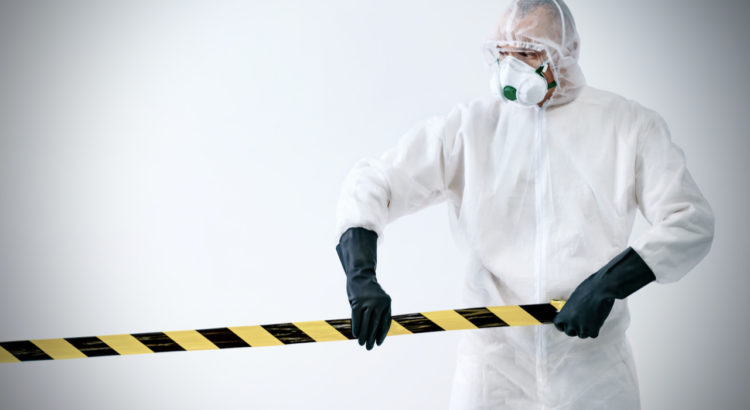 Updated from March 2021 – what have we learned?

Early in the SARS-CoV-2 pandemic, the UK along with many other countries around the world tried to minimise the spread of new variants of the virus by limiting travel across borders. The then health secretary Matt Hancock, promptly announced expensive mandatory quarantine measures and a maximum 10-year jail sentence for lying about recent travel history. This followed concerns by Government that existing vaccines being rolled out in the UK may struggle to control ‘new virus variants’ identified around the world.[1] However many virologists were well aware that once an airborne respiratory virus is in the population, it is impossible to stop its mutation into different variants.

SARS-CoV-2 is a large RNA virus approximately 30,000 nucleotide bases or 10,000 amino acids.[2] Although RNA viruses are generally assumed to have quite a fast mutation rate (and hence the reason why vaccines to RNA viruses are seldom considered or can be problematic), SARS-CoV-2 has an additional proofreading enzyme that limits the potential rate of copying errors.[3] Given the turnover of the virus and the scale of infections, viral variants are an inevitable product of virus evolution but it has been noted that similar variants of the virus have arisen around the world implying a fairly consistent genomic diversity of SARS-CoV-2 in circulation.[4]

So what does this mean for protection and immunity against SARS-CoV-2?

Natural immunity to SARS-CoV-2 is provided by the innate and acquired immune systems depending on age, health and genetics. Acquired immunity involves specific recognition of many different parts of the virus and creation of memory cells which will rapidly reactivate the production of antibodies on the next encounter. Memory cells can further develop greater affinity to new variants.[5][6]

The reason why some of the population seemed to have escaped SARS-CoV-2 with mild symptoms could be due to several factors including  innate immunity and cross-reactive immune memory cells. Cross-reactivity means that somebody who has had a similar infection before could have antibodies that would help to reduce or eliminate SARS-CoV-2. This suggests that if a sufficient diversity of antibodies is made to the virus through natural immunity, then these some of these may be able to cope with small variation  in viral sequence, ie variants.[7] Indeed many studies have shown that infection with one of the other seasonal human coronaviruses (shCoVs) responsible for common colds confers a cross-reactive T-cell immune response to SARS-CoV-2. At least six studies have reported T cell reactivity against SARS-CoV-2 in between 20% to 50% of people with no known exposure to the virus. On the other hand, vaccines designed to the coronavirus spike have a limited number of possible antibody combinations and therefore cross-reactivity to variants may be limited.

However, the first line of defence against SARS-CoV-2 still remains innate immunity. This does not mean it effectively eliminates the virus but it means that this system is the fastest to detect foreign particles and trigger both innate and acquired responses. One of the reasons that children seemed to be relatively unaffected by the SARS-CoV-2 virus was that their immunity is based on rapid clearance of the virus by innate immune mechanisms, in contrast to adults which mainly relied on acquired immunity.[8][9][10][11]

Innate immunity is activated by general pattern recognition receptors, implying that this system is not specific to one variant and but will recognise many. Interestingly the innate immune response can also be primed by prior exposure to previous virus infections in children.  There is concern that current vaccine technologies, designed to avoid the innate immune response will have detrimental consequences for children’s immunity.

Early on in the pandemic there was a flurry of research papers which tried to justify border closures based on models and case reports. However, it was impossible to separate border closures as the sole causal factor in the  decline in cases of SARS-CoV-2 from all the other potential contributing factors. Indeed as the pandemic progressed it became apparent that the data or justification of border closures  was weak and inconclusive. Two years later, it is now apparent that the closure of borders or the minimisation of movement has done little or nothing to control the spread of the virus.[12][13][14]

Even if it is presumed that border closures do have some small effect,  the latest research now demonstrates that similar variants would develop inside national borders of many countries.[15]  As Patrick Vallance stated at a press conference on 10th February 2021: “We are seeing the same variants popping up all over the world and that is what you would expect”.[16]

We know from previous studies of disease and pandemics that viral outbreaks usually run out of steam because the population have reached a significant level of immunity or that the virus will evolve to become less deadly and more transmissible.[17][18] However there seems to be a trend in some outlets of information of ignoring previous knowledge and declaring many facets of this virus as unknown or unknowable. It is detrimental to public health to constantly catastrophise the newest variants. Many studies have demonstrated that fear and stress contribute to lower immunity and therefore higher infection rates.

We have now passed the peak of the latest omicron variant which has become the dominant strain around the world. This is the least harmful variant of concern so far and confirms previous thoughts that the virus would eventually evolve into a more harmless variety.[19]  Within days of its official recognition, the omicron variant was reported in several countries around the world.  Tests from samples before this period proved it was present in many other countries before this time. Therefore it is a fallacy to assume that because the genome of a virus has been sequenced for the first time in a particular country, it must have originated in that country. Correlation does not equal causation. On the contrary, successful mutations with regard to natural selection will crop up everywhere. It is called convergent evolution.

So closing international borders to keep out ‘foreign mutants’ of an already endemic virus is neither useful nor possible. Mutant variants from abroad pose no extra threat to the citizens compared with homegrown variants and may even be identical in their sequences. In addition, once a virus is established in a population, as is the case in the UK, it will mutate slowly over time, irrespective of borders. That particular horse has already bolted and is a biological reality we must all learn to live with.

However, some scientists have now raised concerns about increasing infections with variants, in those that have received treatment with RNA or DNA vaccines.[20]  These medicines were designed to the template of the original SARS-CoV-2 strain and are now being administered for the 3rd or 4th time. However recent reports point to the sharp loss in their efficacy.[21]  The data from countries with high vaccination rates seems to confirm this trend, with sharp increases in cases following uptake of boosters. [22][23]

International borders have nothing to do with the emergence of viral mutations. To convey this idea to the public, given the enormous economic implications of shutting international borders, was a grave mistake not in any way substantiated by ‘the science’ and should never again be repeated.