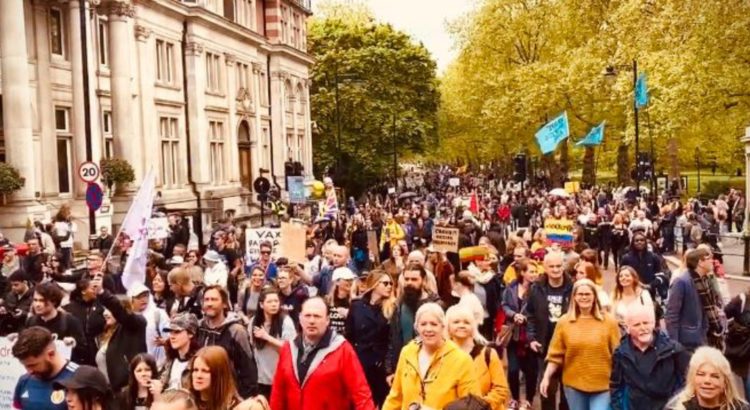 A series of global events saw huge crowds gather in cities across this country on Saturday 15 May to protest against the on-going COVID-19 restrictions. Protestors gathered outside BBC offices in Cardiff, Manchester and Broadcasting House in London to express their disgust at the corporation’s reporting of events over the last 14 months.

The protests were universally ignored in mainstream media — which instead reported on unrelated demonstrations that were taking place elsewhere in the capital — a particularly bizarre omission given that protesters were literally on the doorstep of our national public service broadcasters. As former BBC presenter Sue Cook put it in Laura Dodsworth’s new book A State of Fear, the BBC’s ‘standards of truth and impartiality have gone.’