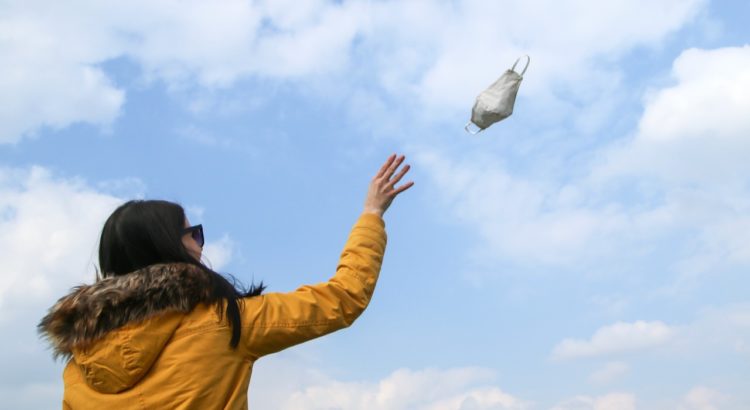 The mask ‘requirement’ in healthcare – defending the indefensible

Irrespective of setting, masking healthy people does more harm than good. Yet much of the NHS persists with the expectation that everybody (staff, patients and visitors) should continue to wear a face covering in their hospitals, health centres and GP practices. Recently, in response to an open letter from Smile Free to the NHS chief executives of England, Scotland, Wales and Northern Ireland, a couple of health chiefs attempted to justify their position. Their arguments betray a stance that is not evidence-based, irrational and ideologically driven.

The original open letter from Smile Free, urging an immediate rethink of the expectation that everyone should wear a mask when in healthcare settings, was signed by over 2,000 healthcare professionals and 180 biological scientists. The chief executives of Wales and Scotland duly replied, each defending their position. (There has been no response to date from England or Northern Ireland).

While it was encouraging to read that NHS Scotland adhere to the principle that no patients should be refused treatment (nor visitors denied access to loved ones) should they opt not to wear a mask, both responses suggest that our healthcare executives take it as a given that face coverings significantly reduce viral transmission and are not associated with any substantial harms. Furthermore, they display an alarming blind spot to the likelihood that their current mask policy will lead to the harassment of a subset of service users; encouraging NHS staff to ‘strongly recommend’ masks, and ‘highlight their benefits’, will inevitably result in the badgering of those who opt not to wear one.

In their letters, the chief executives of Scotland and Wales cite a range of reviews and protocols in support of continued masking, some of which describe evidence purportedly supporting their role in the reduction of viral transmission. However, many of the sources they refer to are state-funded public health bodies and they neglect to give sufficient weight  to independent researchers who have conducted randomised controlled trials in real-life settings (for example here and here) and comprehensive evidence reviews (here and here) that all conclude that masking healthy people achieves no appreciable benefits.

Most importantly, both responses from the NHS chief executives convey a blinkered perspective on risk, focusing almost exclusively on the threat associated with the SARS-CoV-2 virus, while disregarding the substantial non-covid harms resulting from the expectation that everyone should wear masks. Some of these negative consequences of masking are especially problematic in healthcare settings, including: impaired communication between staff and service users; the aggravation of respiratory problems; the re-traumatising of those with histories of physical and sexual abuse; and the increased risk of falls in the elderly consequential to the restriction of lower peripheral vision. Apart from fleeting references to ‘glasses steaming up’ and staff sometimes feeling ‘hot and uncomfortable’, the NHS executives fail to acknowledge the wide-ranging physical, social and psychological harms of masking.

According to Mattias Desmett (a Professor of Psychology), since the start of the covid era the Western world has been in the grip of mass formation, a hypnotic-like, mono-focused mind-set that destroys ethical awareness and strips people of the ability to think rationally. The approach to masks adopted by the NHS suggests that our healthcare leaders are under the same spell, ignoring the science while focusing on one risk to the exclusion of everything else. As such, their perseverance with the requirement for masks suggests that they are failing to act in the best interests of service users, allowing ideological zealotry to blind them to the wide range of potential physical, social and psychological harms associated with their wear. A senior manager’s assertion to have been ‘just following the guidance’ is unlikely to be a sufficient defence to litigation claims in the aftermath of any serious untoward incidents directly resulting from the obligatory masking of all staff, patients and visitors.

In the spirit of striving to minimise total harms, HART urges the NHS executives to rethink their current mask policy.