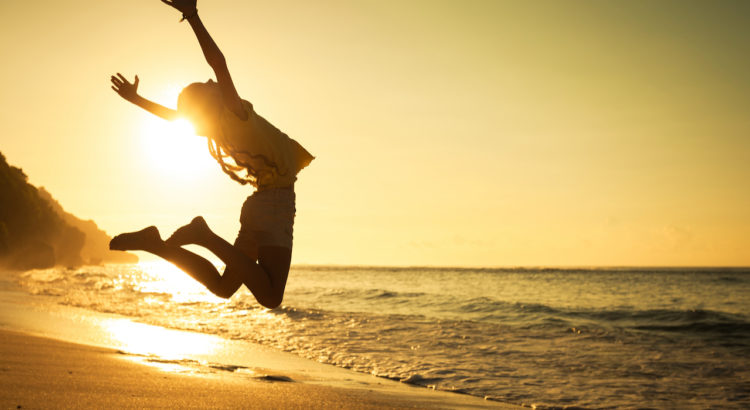 A plea to return to sane medical theses

There was never any reason to expect that “natural immunity”  – the protection acquired through infection by SARS-COV-2 – should not be similar to that acquired for other respiratory viruses humankind has come into contact with – robust, flexible and durable. Were it not, our species would have been wiped out many millennia ago.

The suppression of the concept of natural immunity has all the hallmarks of a co-ordinated misinformation campaign. It is difficult to tell exactly who the initiators of this were, although it is to be noted that the main beneficiaries have been governments (in pursuance of their political objective of claiming that lockdowns were necessary and could only be ceased after a vaccination campaign which they delivered), and the vaccine manufacturers.  If the reasonable default assumption of natural immunity had been acknowledged from the outset, then the case for treating this respiratory virus differently from previous ones would have crumbled.

The two studies recently published and reviewed below, which further support the strength and durability of natural immunity are only the latest of many others published over the past two years, although these most recent papers represent the largest population-based analyses of the topic to date.

The first such study was published last week, based on data from Qatar. It compared natural immunity to 2-dose and 3-dose regimens of mRNA vaccination with either the Pfizer or Moderna products.

The design was a matched, test-negative, case–control study. This design only looks at people who are being tested and measures any difference between the groups who test positive and those who test negative. In this study those who came forward to be tested but tested negative were the “case-controls”. The proportion of controls who had been vaccinated or previously infected could then be compared to the proportion among those who tested positive.

This type of study has come under some criticism due to the suspicion that it’s nearly impossible to account for the effect of all confounders (ie differences between the groups). For example, if the vaccinated were more concerned about covid and likely to come forward to testing they may be overrepresented in the group who test negative.  Nevertheless, in the absence of properly controlled clinical trials, especially against more recent variants, such data is really the best we have got, and it is, after all, the same approach as has been used by proponents of the vaccine to prop up claims of efficacy which in the real world do not seem to match what was expected.

Cory Zue (a PANDA member) has written a thread summarising the results – this can be found here.

The key results are thus:

Taken at face value then, it appears that 2 doses have zero efficacy, infection plus 3 doses 75% efficacy, and everything in between – including previous infection – has around 50% efficacy. (It should be noted however that the 3-dose regimen is being measured over a much shorter period with a median of 43 days between injection and PCR compared to 319 days between prior infection and PCR.)

Moreover, as Cory points out, of huge practical relevance is that efficacy from vaccinations appears to wane fast. For 2 doses efficacy fell to less than zero by 6 months and from 57 to 41% by one month for the booster, with no further data available. In contrast, efficacy from prior infection wanes slightly until 9 months and then appears to hold steady at around 50%. As the authors state:

Two further points are worth making:

The first is that the clinical relevance of the primary efficacy outcome – infections confirmed by a positive PCR test – must be questioned. Surely the relevant measures are severe disease, hospitalizations and death.  Whereas the immune system sometimes fails to provide total immunity to any further infection, particularly for one which mutates (like Covid, or flu) it will be effective in preventing severe infection.  This is not failure – it is the immune system working as it should. In this respect, the data suggests that:

One of the shortcomings of data presentation during the Covid-era has been the use of relative risk reduction without reference to the absolute numbers, as is done here.  A >70% reduction may sound impressive and worthwhile, although in terms of absolute numbers it can be seen that severe, critical or fatal Covid outcomes overall were actually extremely rare.

There were in fact zero cases of severe, critical or fatal Covid associated with BA.1 infection out of 149 unvaccinated subjects with prior infection, and only 3 out of 565 such cases with BA.2 infection. Across the entire study, only 0.3% of infections progressed to severe, critical or fatal Covid, illustrating the rarity of progression beyond mild or moderate illness with the Omicron variants (a rarity that was actually also observable with the earlier variants, at least amongst those without significant comorbidities).

It is unfortunate that severe, critical and fatal outcomes are combined and not reported separately, and that nothing is known about the underlying health status of any of these cases, somewhat limiting the conclusions that can be drawn, other than the fact that severe disease was rare.

The second point is that this study repeats another sin which has been made consistently by those reporting on efficacy data: “censoring” (which is fancy statistical-speak for simply ignoring) any infections which occur within a certain period after injection:

“Tests that occurred within 14 days after a second dose or 7 days after a third dose of vaccine were excluded.”

This has the effect of flattering the vaccine, especially if (as seems to be the case) the injection actually increases the propensity to infection during the censored period. Furthermore, the immunity acquired by those infections then depresses the infection rate during the period which is being reported.

The second study, using Israeli health records, was actually published as a pre-print last year and has now been published in NEJM, regarded by many as one of – if not the – most prestigious journals in medicine.

The study is notable for being performed in the pre-Omicron era, and also for being based on data from a huge number of people (>5.8m) in a country with a very advanced electronic medical records system.

The authors’ analysis actually involves a huge amount of modelling, so it is highly likely that the below comments reflect the case for the vaccines represented at its highest, and this should be borne in mind particularly in relation to the comments about severe disease. In other words, the true picture may well be worse than even described in this article.

The substack writer “El Gato” published a piece on this study based on the pre-print in Dec 2021, concluding that, notwithstanding some egregiously misleading graphs which give all the appearances of being deliberately designed to deceive the reader, close analysis of the actually data suggested that:

It looks like getting vaxxed then getting sick then recovering leads to worse functional immunity than just getting sick and recovering. it’s 12.8 and 17.2 at 4-6 mo and 6-8 mo vs 10.4 and 14 for recovered.

Following the latest NEJM publication, he has now published an updated blog post making a few additional points, but still concluding overall that:

the evidence here favors the recovered over the vaxxed very strongly.

The key data is contained in the graphic below (derived from the published data), which starkly illustrates the much lower infection rates (and here they are time-adjusted so portrayed as per 100k exposure days) in the unvaccinated recovered compared to the doubly-dosed. Moreover, recovered infection rates appear to be stabilizing at a year after infection whereas 2-dose immunity is still waning rapidly at 6 months.

What little booster data there was (since the study ended just after the rollout) suggests infection rates similar to recovered after 4-6 months, but with uncertainty as to whether it was going to decline (which subsequent events showed DID happen).

The data suggested that although the vaccinated then recovered had similar rates of infection to the recovered than vaccinated groups as at 4-6 months (10.6 vs 10.3 cases / 100,000 days), after 6 months the rates of infection appear to be clearly greater in the vaccinated then recovered cohort (16.2 vs 11.6 cases / 100,000 days). This is consistent with concerns voiced by many that the quality of the immunity gained  – particularly in terms of the breadth of the immune “memory” created – when infected in the vaccinated state may not be as good as that gained by an infection while unvaccinated.

It should be emphasised that this study also falls foul of the same trick as the Qatar study described above – ie ignoring any infections within 7 days (for doses 1 and 2) or 12 days (for dose 3) of the injection, something which we now know is bound to flatter the vaccine.

A further important finding from the study which has hardly been commented on can be seen in the rates of severe Covid reported:

It should be noted firstly that these are RATES by number of days exposed to the risk – so adjusted both for population size and also for the length of time they were observed.

To claim this study as supportive data for the booster shot stretches credulity. In what universe would an effective prophylaxis for a disease appear to massively increase the risk of a severe outcome from that disease after 2 doses? What’s more, how would it then magically reduce it with an additional 3rd dose (but not to as low a level as for the infected unvaccinated)?  Effective drugs just don’t work that way – or certainly shouldn’t.

This is not the picture which would be seen if the problem was just “waning” efficacy; in that case you’d see the performance of 2 doses gradually worsening over time until it perhaps matched the unvaccinated recovered – but even then one would be tempted to ask “with the known and unknown risks – why bother – especially if previously infected?”.  You would certainly not expect it to be substantially worse than the unvaccinated recovered, and as for 100 times worse, it is clear there is simply no good explanation, and the authors clearly agree as they haven’t addressed this point other than to admit in passing (bold/italics added for emphasis):

Our data on hospitalized patients who had severe Covid-19 did not contain enough cases for a definitive analysis but did not appear to support the findings in a recent report that suggested that vaccinated persons are more protected than previously infected persons 3 to less than 6 months after an immunity-conferring event.

A further study on natural immunity in children  – not yet peer-reviewed – has just been published, also from Israel.

This is a summary of the results:

These results really do bring into question the decision by governments to push mRNA injections in children of all ages, given that nearly all children now have antibodies against SARS-COV-2