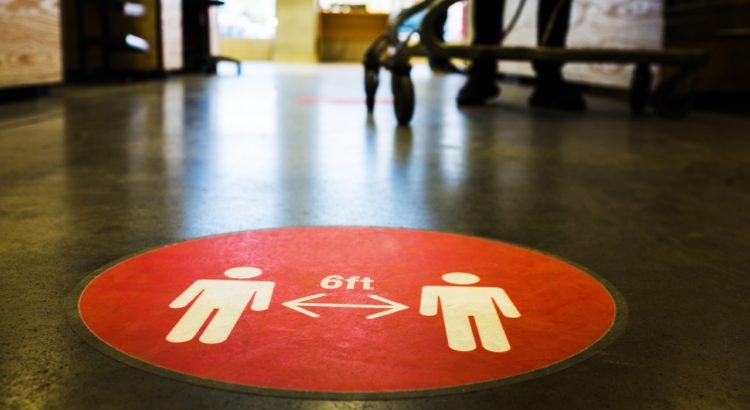 Why did we adopt a totally novel theory overnight?

In 2021, HART published a review of the evidence for asymptomatic transmission.

The concept of asymptomatic transmission formed the foundation for the belief that lockdown was necessary and might work and for mask wearing and amplified the atmosphere of fear with the idea that anyone could be a threat.

Key points from that article include the fact that:

At the time it was possible to conclude that the global evidence of transmission from people who never had symptoms amounted to only three people with very mild symptoms, calling into question the idea that there should be any concern around the apparently healthy.

In the last year there have been two reports which have increased knowledge in this area. The first was a study of thoroughly tested marine recruits and the second was a carefully reported outbreak in Japan. Both studies failed to provide answers to critical questions – the key question being whether someone who tested positive after contact with a never symptomatic individual, ever developed symptoms themselves. This question has been repeatedly omitted from such studies of asymptomatic spread.

Although this study got a lot of traction, it is ultimately the story of five young people with mild cold symptoms and the ubiquitous nature of viruses. Before the advent of molecular biology this would hardly be newsworthy! A total of 1,847 trainee marines were included in the study. The thrust of the study was in tracking different genomic sequences detected from swabbing people within platoons. The results were not clear at all about who had symptoms. In fact the failure to report on symptoms is a glaring weakness in the claim that they are diagnosing anything meaningful.

The marines were made to isolate for two weeks, before arriving at the training camp and then quarantined for a further two weeks (but in shared rooms) with constant mask wearing, social distancing, hand washing, daily temperature and symptom monitoring, banning of electronic devices, and repeated testing. They claim they diagnosed 46 asymptomatic positives. The PCR results were strong positives in the few marines with symptoms (a median Ct value of 22-23) but were weak in the asymptomatic (a median Ct value of 25-27 meaning there was 100 times less viral RNA present). A third of them had too little material present to carry out successful sequencing at all. For those that did, there was a pattern of clustering of genome sequences within platoons. Unsurprisingly, if there was virus in the air shared by the platoon then it would be detectable in the respiratory tracts of those people breathing that air.

The paper never reports on whether there was any instance of a person sharing a room with an asymptomatic positive person and becoming symptomatic. As a paper which set out to investigate the problem of asymptomatic positives, the failure to mention symptoms suggests either that spread with resulting symptoms did not happen or that the scientists involved were incompentent.

A paper demonstrating that asymptomatic people may be contaminated with enough virus that others in their platoon test positive, asymptomatically is of no clinical interest. If no-one developed symptoms due to exposure to someone who was asymptomatic then there was no meaningful asymptomatic spread. Every morning the marines had temperature checks and symptom checks and yet none of the symptomatic positive marines were detected this way. Nevertheless the claim is made that a total of five of these young people did develop symptoms during the week before a positive test result.

The Japanese study reported on an outbreak in Japan in January 2020. The outbreak began in Tokyo at a party attended by someone from Wuhan. showed 36 people who tested positive over a period of 48 days. 25 of the supposedly infected did not spread it to anyone. Despite this being the entirety of covid in Japan at the time they failed to trace one link in the chain who was the source of a small outbreak in a remote part of Kanagawa, a coastal town south of Tokyo. The authors assume that there must have been a person from the Tokyo outbreak who was responsible for this infection as they seem unable to think beyond person to person spread as the only possible mechanism of spread.

The article makes a big point of the fact that a woman in her 80s died. The woman in question had pneumonia and had been ill from January before dying on 13th February. The diagnosis was made post mortem and the ministry of health tried to impress upon people that it was not clear that the virus had been the cause of her death.

Why is there still confusion on this issue?

The evidence that supports the belief in asymptomatic transmission appears to come from a combination of two factors:

The former is explainable through poor testing and a failure to acknowledge immunity. PCR testing has been set up to detect 3 or 4 virus particles per sample where 5,000 particles would be needed to indicate someone with infectious potential. Detecting virus in the air in someone’s respiratory tract is of no consequence if they have immunity and will never become an infection risk or develop symptoms themselves. Even where relatively large amounts of virus have been detected on testing, in the absence of evidence of transmission that results in a person with more than fleeting mild symptoms, this is also of no consequence.

The fact people become infected when there is no discernable source can be attributed to long distant aerosol transmission. Despite WHO officially acknowledging this mode of transmission there seems to be continuing total denial of the implications of that from most authorities. In Australia, the Delta wave began with a tourist from Sri Lanka who was quarantined after landing. During his stay in quarantine a total of 44 genetically similar cases were identified in the Melbourne community. Rather than acknowledge airborne spread, James Merlino, the acting premier of Victoria, said transmission had occurred due to “being in the same place, at the same time, for mere moments.”

Our ability to test and detect minute, irrelevant quantities of virus has created an utterly distorted view of reality. A test which when positive does not demonstrate pre-symptomatic infection, infectiousness or disease is of no use to anyone and should be replaced. The myth that apparently healthy people are a potential threat to others needs to be quashed for good so that people can stop treating each other primarily as potential vectors of disease.