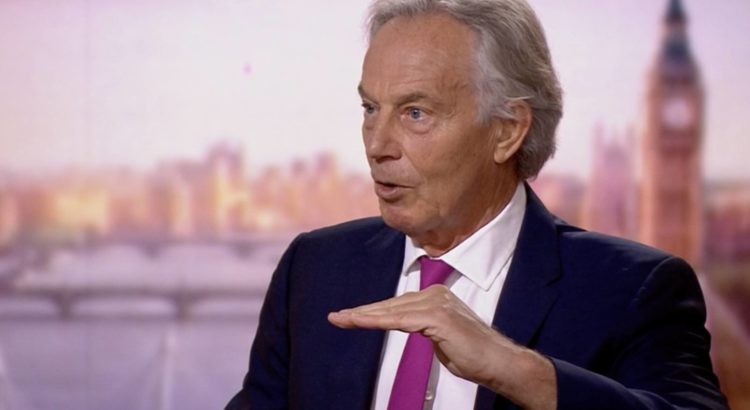 And Andrew Marr lets him, without question

There appears to be no upper limit to Tony Blair’s total disregard for human rights. With his track record during the invasion of Iraq, his latest attack is a direct assault on the inalienable human rights of British citizens.

Blair, during his interview with Andrew Marr on 6 June, states that ‘we may have to distinguish between the vaccinated and the unvaccinated’ and ‘adjust some of the freedoms’ of the latter ‘because of the rising pressure from new variants’.

An all-time low for Mr Blair. In spite of there not being a single shred of scientific evidence to back up the notion of a ‘rising pressure’ due to variants, he ploughs on with his increasingly desperate-looking bid to deny people their freedoms on 21 June. The narrative calling to extend lockdowns has no relationship whatsoever with the truth. As we have pointed out many times, there is still no robust evidence that lockdowns have had a significant impact on UK mortality, yet massive evidence of them causing substantial harm.

Blair’s newfound zeal for medical apartheid is the height of hypocrisy. This is the same man who, some years ago when asked if his son Leo had received the MMR vaccine, replied that it was a ‘private matter’. How interesting then, that others who wish to have their medical decisions remain private are to be singled out and have various freedoms ‘adjusted’.

The conflicts of interests that Blair has in relation to this topic are so egregious that one almost baulks at his shameless audacity. The Tony Blair Institute for Global Change has received tens of millions of pounds from various institutions that are inextricably linked to the pharmaceutical industry. It is perplexing why an ex-politician (and one with a sullied reputation) is speaking out at all on this issue. Are we now abandoning all pretence that COVID-19 is a medical issue, requiring medical expertise?

Perhaps the Andrew Marr show, instead of wheeling out such a conflicted individual, could consider interviewing a genuine medical expert who is not compromised in the same way. HART’s own Dr John Lee could have provided an alternative view on ‘the science’ and could have also explained clearly why sticking to the 21 June ‘release’ date is the only humane course of action for a psychologically, physically and financially distressed nation.

It is time for the former Prime Minister to recede back into the shadows and to stop threatening the foundations of our liberal democracy.