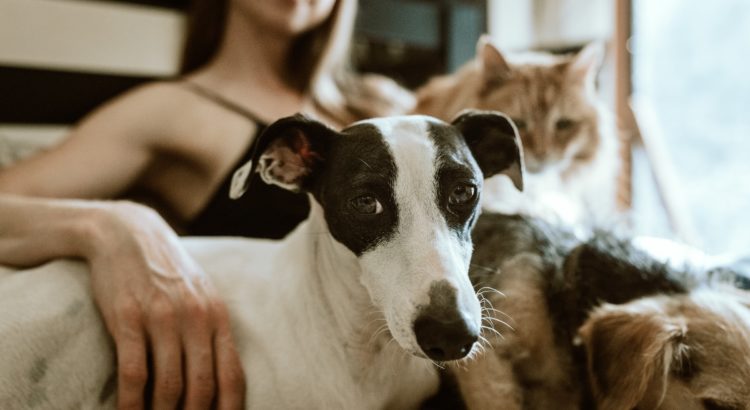 Evidence currently indicates no cause for concern

Recent media articles (see examples here and here) have suggested that pet cats and dogs may need to be vaccinated against SARS-CoV-2 to prevent the virus spreading and the development of new variants. This is despite no evidence of transmission of SARS-CoV-2 between pet cats or dogs, or from these pets to humans, in domestic settings.

There are serious zoonotic diseases where it is well established that companion animals act as reservoirs of infection for humans. The classic example is Rabies Virus (RV) where, in many parts of the world, RV persists in free roaming domestic dog populations through dog-to-dog transmission (by infectious dogs biting other dogs). Rabid dogs may also bite people resulting in sporadic spill-over of infection into the human population. In these settings, mass vaccination of domestic dogs markedly reduces the transmission of rabies between dogs and, thus, the incidence of rabies in the domestic dog population. Consequent infections of humans by rabid dogs are, therefore, also eliminated by mass vaccination of domestic dogs.

With respect to SARS-CoV-2, transmission between mink (through direct contact and aerosols) and from mink to humans in the farm environment has occurred. Transmission between (asymptomatic) cats has also been demonstrated under laboratory conditions. However, in experimental studies cats were generally housed together and infected via multiple routes with doses of SARS-CoV-2 very likely considerably higher than what occurs in domestic settings. In these laboratory studies, transmission was probably by direct contact (as shown in this and this study) however aerosol transmission was also demonstrated. By contrast, natural infection between cats and dogs, and from cats and dogs to humans, in domestic settings has not been reported. Therefore, there is currently no justification for mass vaccination of pet cats and dogs in order to prevent the spread of SARS-CoV-2 either within these species or from these species to humans. Ongoing surveillance for transmission within and between species is warranted, however for the media and officials to insinuate pet cats and dogs may need to be vaccinated once the human population has been vaccinated is irresponsible fear-mongering.

While evidence for zoonotic transmission from pet cats and dogs to people is lacking, numerous reports have accrued of transmission from humans to animals, mainly pet cats, but also some dogs, by their infected owners. A variable, albeit generally low, proportion of cats and dogs cohabiting with infected humans develop antibodies to SARS-CoV-2 and/or have positive PCR tests. In otherwise healthy pets, infection is transient and either asymptomatic or with mild self-limiting clinical signs. The generally small proportion of pets in affected households developing antibodies and/or low viral loads indicates the limited role cats and dogs play in the epidemiology of SARS-CoV-2. Pet cats and dogs are currently sporadic dead-end hosts and, therefore, are unlikely to be drivers of new SARS-CoV-2 variants.

The same media articles cite Public Health England’s (and the British Veterinary Association’s) recommendation that “you should wash your hands before and after any contact with your pet, its food or bedding”. This implies that pets effectively behave like fomites (objects or materials likely to carry infection), with the potential for owners to be infected with SARS-CoV-2 by touching their pet’s fur contaminated with virus. This assumes the source of viral contamination is the animal itself, through licking its coat, rather than from the owner’s secretions, and that fomite transmission is an important mode of transmission. The available evidence suggests that, in general, fomite transmission is very low and there is no evidence that humans have been infected by their pets via any mode of transmission, let alone by handling contaminated fur. Obviously, vaccination of pets would not prevent their coats from being contaminated by their owner; and there is no evidence that infected pet saliva transferred onto their coats through grooming infects humans.

In summary, while epidemiological surveillance of domestic animals for SARS-CoV-2 is warranted, the available evidence currently indicates no cause for concern that pet cats and dogs spread SARS-CoV-2 or contribute to the development of new variants. On this basis, the suggestion that mass vaccination of pet cats and dogs should be undertaken once human populations are vaccinated is not justifiable.