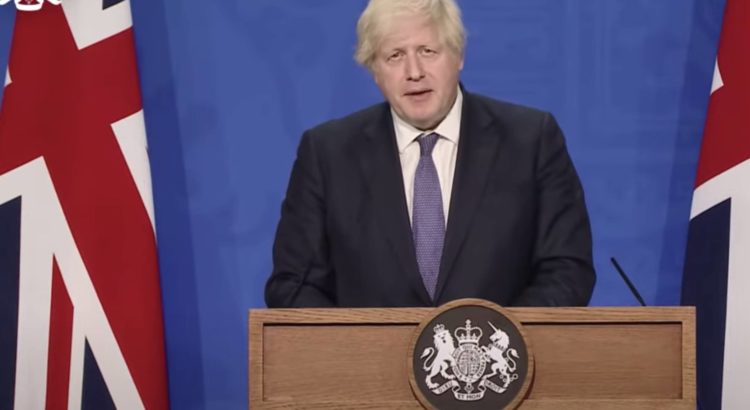 The Prime Minister held a briefing on Monday to confirm that ‘Freedom Day’ is going ahead, yet managed to strike a sombre tone that bordered on the downright miserable. Yes, things are opening up, but far from previous promises of ‘Cry Freedom’ — or in keeping with any objective view of the data that shows most of the government’s costly interventions have had any sort of demonstrably helpful effect — the main thrust of the message was which restrictions were staying or being kept in reserve for the autumn.

HART does not share this negative view, and believes that continued fear-mongering runs the risk of causing much greater harm to our society than taking a more balanced and objective view of matters, not least recognising that SARS-CoV-2 is now an endemic virus that is not as threatening as it once was. The Prime Minister also admitted that shielding advice was to be updated for those most at risk, implicitly acknowledging that the proponents of focussed protection of the clinically vulnerable were right all along; and that the vaccine saviour narrative has come up short, the PM raising eyebrows by rounding off his speech with an impassioned plea to “get that jab”. Why? Everyone has been offered a vaccination. Surely — given numerous examples of large-scale transmission within double-vaccinated populations — it is a matter for each individual to decide, free from any coercion?

Additionally, despite there being absolutely no evidence whatsoever to justify their continued use, the government is going to continue to ask for people to cover their mouth with a piece of fabric in crowded places. And NHS Test and Trace — which has been shown to be totally ineffectual wherever and however deployed — is going to be retained.

What a depressing litany of failure, whichever way the Prime Minister and his various acolytes try and spin their version of events. It was particularly concerning to hear him refer to “this disease coronavirus”… one would have hoped that the country’s leader would by now be able to distinguish between the underlying virus (SARS-CoV-2, one of five main known families of coronaviruses that circulate within human communities) and the disease (COVID-19) that it sometimes causes — thankfully relatively rarely.

But worse was to come in the form of upcoming Parliamentary business. The Prime Minister’s administration was, at that very moment, doing something very, very wrong. That evening, the government was preparing to bounce through Parliament a vote on making vaccination a legal requirement for care home staff and for those undertaking related roles, e.g. kitchen staff, trades, cleaners. What is more, this legislation — which has been described as a seismic legal change and the crossing of the Rubicon for medical choice — was pushed through within 24 hours with only 90 minutes of debate, ultimately being passed by a majority of 73 votes. Those MPs that abstained should be asking themselves why they did not vote against, as the Noes would then have carried the day.

The reasons for resisting such draconian and tyrannical legislation are legion. The British Medical Journal argues they are “unnecessary, disproportionate, and misguided”. Further detailed critiques can be found elsewhere.

Conservative MP William Wragg, who rebelled against the government, said he was “in despair”, adding: “The Government is treating this House with utter contempt. Ninety minutes on a statutory instrument to fundamentally change the balance of human rights in this country is nothing short of a disgrace”. Mr Wragg went on to raise a case of a care worker who fears losing her job as a result of the policy, asking: “Is that what we’re prepared to do to our fellow citizens as a Conservative government? It’s absolute lunacy. You’d expect this in a communist country”.

Sir Charles Walker, a former chairman of the Procedure Committee, quoted from the explanatory memorandum for the regulations which stated that a “full impact assessment has been prepared” and would be submitted. But this full impact assessment was not shown to MPs, nor has it so far subsequently appeared, resulting in a strongly-worded statement from the Regulatory Policy Committee.

Labour’s shadow health minister Dr Rosena Allin-Khan said: “To force carers to choose between losing their jobs or taking a vaccine they’re afraid of is inhumane”.

It goes without saying that matters of such import should be very carefully considered and debated at length in Parliament. Unfortunately, the House of Commons is essentially neutered by the Coronavirus Act 2020, and gets a very limited say. Yes, a vote was held, but there was no proper debate, no recognition of the huge ethical implications, nor any sort of considered presentation of the fraught pros and cons for and against such watershed legislation. There has, unfortunately, been very little reporting on the matter.  Combined with similarly timed announcements in France and Greece regarding shockingly draconian limits on those choosing not to be vaccinated, these developments point to a very dark future if the checks and balances on executive power are not restored. It is essential that pressure is brought to bear on MPs to vote against the Coronavirus Act 2020 renewal when it comes up for its six-monthly extension in September.