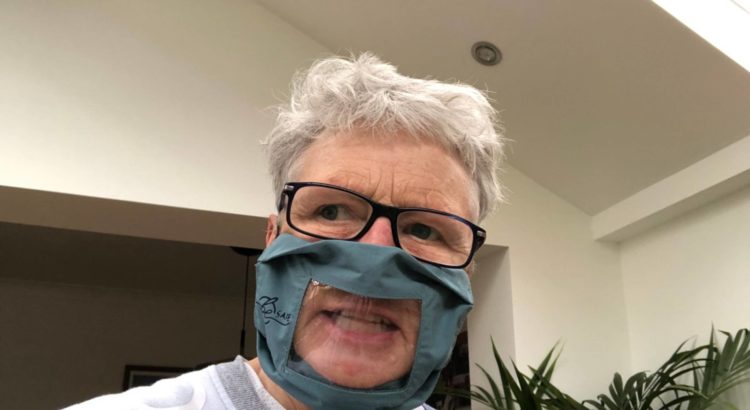 Professor Trish Greenhalgh revealed her incoherent thinking in a long Twitter thread. Rather than listen to conflicting views and reassessing her own in response, she has blocked HART and many of our members on Twitter.

“Face coverings” (with no minimum standard or specification) are ineffective against aerosolised viral transmission and their only value might be in reducing droplets if someone were to cough directly into another’s face.

Masks probably do reduce transmission of droplets when somebody coughs or sneezes, but only in the event of a symptomatic carrier coughing or sneezing in close proximity to another person without covering their mouth. Greenhalgh claims that it was morally right to try to implement this measure even in the absence of evidence that it will have any effect. This same logic could be employed to defend the use of leeches for numerous medical treatments.

Her assumption that face coverings cause no harm shows a real lack of imagination and ignorance. Mask wearing has increased COVID-19 Anxiety Syndrome by acting as a crude, highly-visible reminder of danger. Masks have hindered communication for the 20% of UK adults who are hard of hearing. If not used properly, certain types of face covering can harbour bacteria while limiting oxygen intake, potentially leading to physiological harms – especially when used during or immediately after exercise. Face coverings are a barrier to all person-to-person interactions in hospitality, retail, schools and the workplace. Continued use of this intervention could fundamentally change the way we relate to one another, especially for children and young people.

Confusingly, Greenhalgh admits that SARS-CoV-2 is spread through aerosols, much the same size as smoke particles. Infected individuals can exhale 100,000 virus particles a minute. The filtering properties of face masks are inadequate to stop these particles entering the air, at which point they can travel for miles. Unlike fomite transmission, aerosol transmission does not rely on close contact. Having admitted that aerosol transmission is the primary transmission pathway for SARS-CoV-2, Greenhalgh inexplicably suggests that limiting close contact will reduce this risk – an assertion which bears no relationship to the evidence she has cited.

Greenhalgh goes on to admit that loose fitting masks are practically pointless and, having previously recommended wearing panty liners in masks, she now recommends wearing tights over your head to ensure the mask is a snug fit.

Greenhalgh also argues that any reduction in transmission, however tiny, is probably worth pursuing due to its potential impact on exponential spread. For novel influenza viruses, between 7% and 8% are susceptible and develop antibodies in the first winter, much as we saw with SARS-CoV-2. Her theory fails to understand that if a certain proportion of the population are susceptible to infection in any one season, those individuals will end up infected sooner or later, regardless of which day they are exposed.

All prior research on influenza-like-illnesses appears to have been ignored in order to justify political interventions such as face coverings. Studies have demonstrated that influenza is transmitted by aerosol particles and that such particles are prolific, indeed ubiquitous, in all indoor settings during the winter season. What stops people contracting the virus is their level of susceptibility, not their level of exposure.

Greenhalgh makes the claim that cases fell in countries after the introduction of masks. Only extensive cherry-picking of data can lead to such a fallacious conclusion. As demonstrated in Tom Wood’s quiz on COVID-19 policies, it is impossible to identify the point at which mask mandates are introduced when looking at cases VS time in multiple countries. No real world data is presented to back up her assertion, only modelled data. She also quotes modelling studies, which assumed asymptomatic transmission was significant, and were used to claim that 50% of spread is from asymptomatic individuals.

Professor Susan Michie also pushed masks again this week, claiming that asking people to wear masks in pubs is no different to asking them not to smoke. She misses the point that viral aerosol particles behave just like smoke and wearing masks when exhaling smoke or breathing air in the pub would be as effective against the effects of passive smoking as it is against viral transmission.

The truth is that mask wearing has been promoted by Michie and Spi-B, as a way of continuing the fear and demonstrating compliance with morally and logically indefensible policies. Greenhalgh gives a superficial scientific veneer to what is essentially nothing but superstition in direct contradiction to real world evidence.