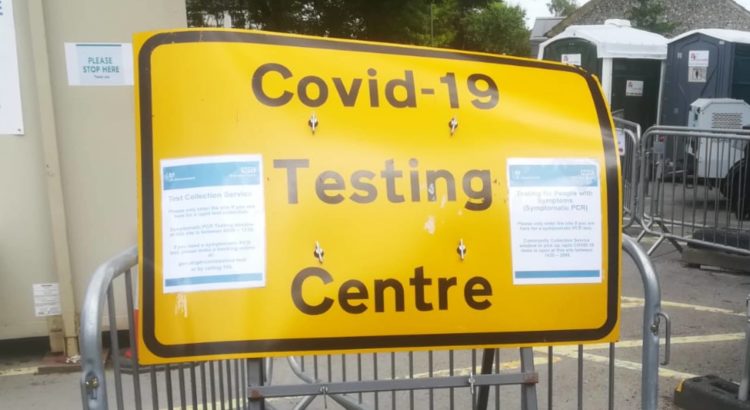 The current approach goes against all common sense

Frontline staff, many of whom have had a SARS-CoV-2 infection, are getting increasingly frustrated by being forced to isolate due to positive testing. Even double vaccinated ITU staff, who inevitably are breathing the air, containing 100,000s virus particles expelled by the patients they treat, are then made to isolate on the basis of a handful of virus particles being present on testing.

“the method is so sensitive that it can detect a single genetic molecule of this virus. If, for example, such a pathogen flits over the nasal mucous membrane of a nurse for a day without becoming ill or noticing anything, then it is suddenly a MERS case. Where previously terminally ill were reported, now suddenly mild cases and people who are actually very healthy are included in the reporting statistics. This could also explain the explosion in the number of cases in Saudi Arabia. In addition, the local media boiled the matter up incredibly high.”

The government are deniers of natural immunity. An immune healthy person can inhale air contaminated with virus and so test positive, but to equate that to a ‘case’ goes against once accepted medical practice and all common sense.

Forcing staff to isolate in this farcical way has occurred at the same time as Michael Gove excused himself from the requirement to self isolate. As John Whittingdale, the media minister, has now explained, “people who are important” should be entitled to avoid tough quarantine rules when travelling to the UK. Is Mr Gove more important than ITU staff? Once again, our elected officials demonstrate utter hypocrisy and contempt for the British people they are supposed to represent.

Testing the way we currently are will mean that there will always be ‘cases’. If we had had testing for the 1918 influenza pandemic it would still be ongoing more than 100 years later. Fauci has claimed “The 1918 influenza virus and its progeny…. created a ‘pandemic era’ lasting for 91 years and counting. There is little evidence that this era is about to come to an end”. Had we measured influenza with PCR testing every year the death toll would be similarly high in winter with the majority of influenza related deaths having been attributed to other causes in past seasons.

As well as the problems with over-sensitive PCR testing, LFT testing is being used to fish for positives among healthy children and young adults. By the end of May 2021, more than 53 million tests had been carried out on healthy people in an educational setting. 99.9% of these tests were negative. The handful of LFT positives were then tested by PCR. The effect of this has been to ensure that the PCR tests in the young are far more likely to be positive than for other age groups, as those being tested have been screened to be the ones most likely to test positive. The higher positivity rate is being used to claim that young people are driving the resurgence and to defend otherwise indefensible policies.

All this has been thanks to a test which the FDA have recommended should not be used, advising people to “destroy the tests by placing them in the trash”.

Mass testing (“screening”) of otherwise healthy populations has well-known ethical implications, especially when there are known issues with the testing regime. This massive screening exercise should be brought to a halt to avoid creating a self-perpetuating ‘doom loop’ that will be hard to escape.