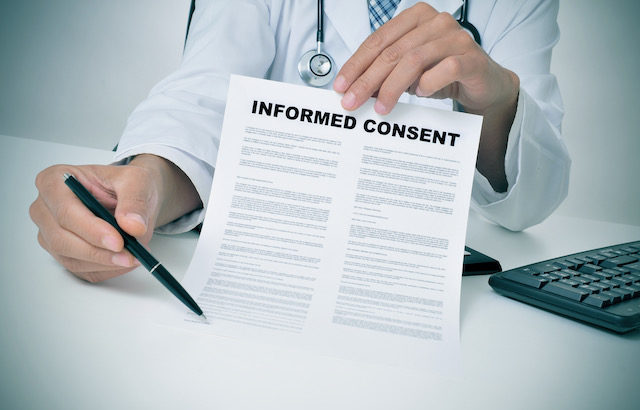 To adhere to ethical standards, it is a fundamental requirement of all healthcare staff to obtain informed consent from potential recipients before administering a medical or psychological intervention. Typically, this is achieved by sharing all relevant information with the person about the potential benefits and risks of the procedure, checking that this information has been fully understood, and then asking recipients to decide — without pressure or coercion — whether they wish to accept or refuse what is being offered. Throughout the COVID-19 crisis, professionals have side-stepped this guiding tenet of ethical practice by claiming to be adhering to the nebulous concept of ‘social decision making’. This failure to obtain informed consent from the British people is unacceptable and the direction of travel is hugely concerning.

Two examples of this unethical practice relate to the use of covert psychological ‘nudges’ and the promotion of the vaccine rollout.

Following concerns about the strategic use of fear inflation, shaming and scapegoating to promote compliance with COVID-19 restrictions, the British Psychological Society (BPS) could see nothing amiss. Despite existing recommendations that covert psychological ‘nudges’ should only be used after obtaining the explicit agreement of the target population (see the Government’s MINDSPACE document, p74), the BPS ethics committee claimed exemption from the need to seek the informed consent of the British people on the basis that the psychologists involved were demonstrating ‘social responsibility’. According to the BPS — the formal guardians of ethical psychological practice in the UK — these decisions fall outside the realm of individual consent because the psychologists are deploying covert ‘nudges’ for the broader benefit of society, apparently influencing some anonymous collective rather than the actions of as many individuals as possible.

The sacred principles underpinning informed consent have also been abandoned in the campaign to increase vaccine uptake. Instead of providing balanced information about the pros and cons of vaccination, NHS staff have been advised to ‘leverage anticipated regret’ on the over-65s cohort by telling them they are ‘over three times more likely to die’ from COVID-19. Meanwhile, healthy young people — who are at vanishingly small risk of suffering serious illness — have been shamed into compliance by appeals to their potential contributions to the wider benefit of society, told that ‘normality can only return, for you and others, with your vaccination’. And now, despite there being no medical justification for doing so, we have the decision to proceed with jabbing children aged 12 to 15 on the basis that it is ‘a good thing for the broader society’. Even more worryingly, the spectre of vaccine passports looms, where only those people succumbing to these pressures to be ‘socially responsible’ and de-prioritise their own health needs for the broader good, will retain basic rights to travel and to access hospitality venues.

It is disturbing to contemplate where this emphasis on social decision-making will lead us. Will obese people be denied access to hospital treatment until they lose weight, perhaps ‘helped’ in this mission by being prohibited from entering fast-food outlets? As excess alcohol consumption can lead to poor health and anti-social behaviour, maybe we should only allow teetotallers entry to leisure facilities, evidence of a recent confirmatory blood test being required at the door. Or perhaps the state might decide that donating a kidney is the ‘socially responsible’ thing to do and thereby grant privileges only to those whose names are on the corresponding register.

Appeals to the ‘greater good’ have characterised some of the most heinous regimes of the twentieth century. In the sphere of health and wellbeing, the sanctity of individual decision making and informed consent must be retained and respected so as to preserve the free and open society the large majority of us desire.