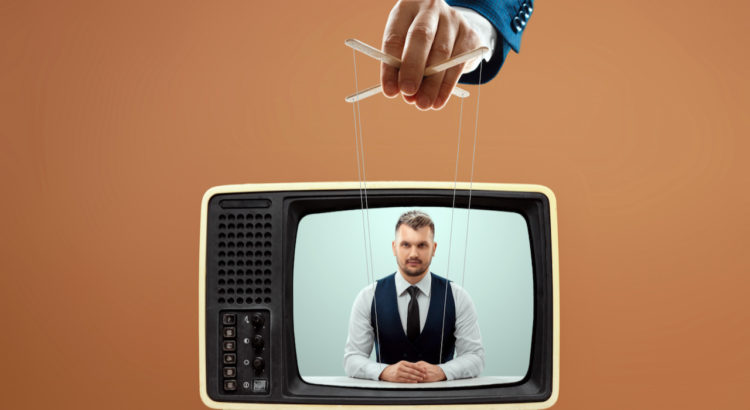 The changing role of the mainstream media

There was once a time when you could rely on the mainstream television channels to provide viewers with – at least partially – objective news reports and a range of enjoyable dramas. It was reasonable to assume that the raison d’etre for the small screen was to inform and entertain. This is no longer the case. Since the emergence of the SARS-COV-2 virus in early 2020, TV has morphed into a government transmitter of covert ‘nudges’ and propaganda to persuade us all to behave in ways that the state deems to be for the greater good.

This transformation of the primary role of TV media has been achieved via a pincer movement executed by the Treasury and Ofcom, the UK’s communications regulator. In 2020, the Government paid broadcasters more than £184 million to promulgate their COVID-19 messages to the British public, with further millions to be dedicated to this cause this year and beyond. Meanwhile, Ofcom determined that the broadcast media must stay in line with Government advice, with the threat of sanctions should any media channel deviate from the official narrative. As a consequence, our TV presenters have made a central contribution to what Piers Robinson (a world-renowned expert in state-directed indoctrination) has described as, ‘one of the biggest propaganda operations we’ve seen in history’.

The consequences of this government-controlled censorship of our mainstream media have been stark and unprecedented. Throughout 2020, as strategically recommended by SPI-B (SAGE’s subgroup of behavioural scientists), the British people have endured an unrelenting torrent of fear-inducing messages and images intended to lever compliance with COVID-19 restrictions. Towards a similar end, a macabre cumulative daily death count of those succumbing in the aftermath of a positive COVID test – reported out of context, with no reference to mortality from non-viral causes – has been a permanent fixture on our screens. Furthermore, science experts with views different from the dominant COVID narrative have been denied airtime, while mass protests against the restrictions, both here and abroad, have received scant media attention.

And brace yourselves for another Government-controlled assault on our senses delivered by our mainstream media, this time in the name of tackling climate change. A recent collaboration between Sky TV and the Behavioural Insight Team (the ‘nudge’ unit) has spawned a document titled, The Power of TV: Nudging Viewers to De-carbonise their Life Styles.According to this report, broadcasters like Sky will no longer strive to be a primary source of entertainment and objective information but will, instead, be on a mission to, ‘Shift the behaviour of millions of people to deliver our net zero goals’. To achieve this objective, they aim to ‘educate’ people via news coverage and ‘agentic documentaries’, as well as using fiction to ‘increase empathy, shift values or boost social acceptability of pro-environment choices’. In what sounds to be a euphemism for the role of mouthpiece for Government propaganda, the document urges the broadcasting industry to ‘become responsible stewards of audiences’ attention, desires, knowledge, awareness and willingness to take action’.

But rest assured, whether it is COVID-19 or climate change, the state always knows what’s best for us. Doesn’t it?