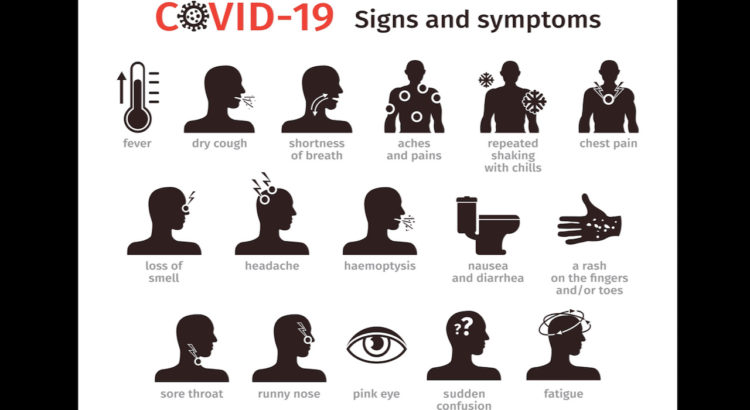 Many covid ‘symptoms’ are not predictive of a positive test result

A diagnosis is a compilation of clinical symptoms and testing adds further information to help doctors decide on the likelihood of a particular diagnosis. Because a covid case has been defined not by symptoms but by a positive test result this logic has been reversed. The consequence of this was an ever growing list of symptoms associated with the disease and even the concept of an ‘asymptomatic case’.

After 20 months of covid it is quite incredible that the symptoms associated with the disease have not been clearly defined. It is possible to figure out which symptoms are associated with a positive test and that has incidentally been reported in a paper in the New England Journal of Medicine studying vaccine efficacy among healthcare workers in the first five months of 2021. Using data from this paper symptoms such as sore throat, runny nose, diarrhoea, nausea, vomiting and abdominal pain can be shown to have no bearing on whether someone will test positive for covid.

The study measured healthcare workers who were tested to see if they had covid, and were asked about vaccination status but also which symptoms they had before testing. The paper then reported the proportion testing positive or negative. For example, they report that 9% of people with abdominal pain tested positive compared to 6% testing negative. Therefore, it might be assumed that abdominal pain is a relevant symptom for covid. However, the authors had included asymptomatic people among the negative control group and not the positives. This meant that the denominator for the percentage was too high in the negative group. Excluding the asymptomatic people from both groups gives a true percentage for comparison.

To really understand the implications of each symptom we can treat each one as if whether or not you have it is, itself, a test for covid. In this way, we can calculate the percentage of people with the disease who have that symptom, the sensitivity of the symptom as a test. Likewise we can calculate the chance of someone testing negative if they do not have that symptom, the specificity of the symptom as a test. The latter gives an indication of the types of symptoms that people use to make the decision to seek a test.

Having broken down the problem this way it is possible to calculate a practical indicator of the meaning of each symptom. The first stage is to calculate the likelihood ratios. This is an intermediate step that leads us to the probability of someone with each symptom testing positive.

What does this mean practically? Currently 30 % of symptomatic people coming for testing tested positive. As a doctor seeing a patient for the first time the pre-test probability would therefore be 30% before asking about symptoms. Using the above likelihood ratios the probability of testing positive with knowledge of each symptom can be calculated.

It is notable that the probability of testing positive is barely changed by the presence or absence of a sore throat, diarrhoea, nausea or vomiting, headache, runny nose and abdominal pain. Being ill enough to seek medical care is also not predictive of whether someone did or did not go on to test positive by PCR.

On the other hand the presence or absence of altered sense of smell or taste, shortness of breath, loss of appetite, chest pain / tightness and red bruised toes or feet do change the probability of a person testing positive by a meaningful amount. Other symptoms are associated with covid but are too common to provide meaningful differentiation of those who do or do not have the disease.

By defining a covid case as a positive test result multiple symptoms, particularly those of a common cold and gastrointestinal symptoms, have been wrongly associated with covid. The presence or absence of common symptoms such as a cough or fever does not much alter the probability of testing positive but more specific symptoms including altered sense of smell or taste, shortness of breath, loss of appetite, chest pain / tightness and red bruised toes or feet are useful predictors.

The intention of the paper was to show efficacy of the injections but they included all the unvaccinated cases from December 2020 when vaccination was only just beginning creating a massive bias towards positive unvaccinated people. They claim to control for this but raw data shows they did not. However, the incidental results around symptoms are of use.