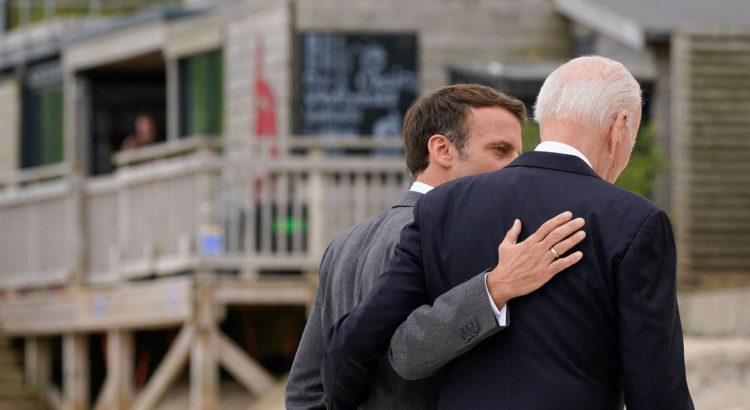 Utter hypocrisy at the G7

Many people have been shocked at the pictures of G7 leaders in Cornwall last week freely enjoying themselves without, apparently, a care in the world about COVID-19. It seems difficult to reconcile these images with the fear-laden, doom-mongering messaging which most of these leaders have lately chosen to emphasise to their citizens.

The heading of this section alludes, of course, to the famous quotation from George Orwell’s Animal Farm; the photograph below in particular was strongly reminiscent of imagery from the book.

The excuse some have accepted at face value — that they’ve all been vaccinated — is not at all adequate to explain the dissonance on view, especially since there seems to be no difference in the way vaccinated and unvaccinated people are treated within the rules, either domestically or for travel purposes. The Scottish government — for example — is still suggesting the vaccinated be tested twice-weekly, even for those without symptoms.

Once the obligatory photos of the masked and distanced leaders had been taken, social gatherings were held with no such precautions at which our Monarch — by virtue of her age being in one of the most vulnerable groups — was present apparently unconcerned despite the many other guests recently having flown in from around the world. The Prince of Wales — our next monarch — was also present and it must be remembered that royal protocol is so risk averse that it does not recommend two senior members travel together for fear of an accident harming them both. The apparent normality of this gathering is in stark contrast to that which the government wishes to impose on weddings. Sensing uproar from the 50,000 couples planning to get married soon after 21 June (many of whom have already cancelled their plans before), they caved on the maximum number limits, but still expect guests not to celebrate by singing or dancing.

It seems incredulous that we have gone from “3 weeks to flatten the curve” when the situation was actually quite concerning in March 2020, to “no singing or dancing” when more than 90% of the vulnerable population have antibodies and many other countries are throwing off the shackles of the past year. The last government which attempted to exert such control over the minutiae of the lives of the population was that of Oliver Cromwell’s Protectorate (1653-1660).