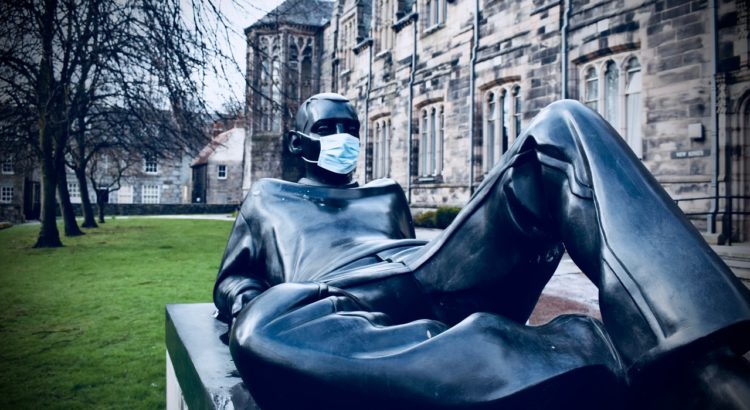 Mask mandates in high-school age children were continued in Scotland in the Autumn 2021 school term. At the same time in England, masks were made optional. We can compare the difference in case counts in both countries and see the effect of this difference in policy.

Firstly, we can graph the cases recorded in both countries. Data are available from the UK Government Coronavirus Data portal for the English data and from NHS OpenData (run by Public Health Scotland). The English data contain PCR and LFT positive results; the Scottish data only contain PCR positive results (from Pillar 1 and 2) data. This may inflate the weekly case counts in England compared to Scotland. However, this is the only data available for England that shows the age groups that correspond to primary and lower secondary (0-14) and secondary/upper (15-19) school ages.

The change in cases after the start of the school terms is different in each country. In England, cases in the 0-14 age group increase after the autumn term begins, drop in week 43, then rise again towards the end of term. For the 15-19 age group, however, weekly cases stay at around 25,000 until week 49.

How do these weekly case rates compare to cases in the summer holidays in each country?

Was this large rise due to a failure in masks? Cases in the mask-mandated 15-19 age group in Scotland rose to around 300% less than in the unmasked 0-14 age group. Does this indicate that masks helped?

If masks were the driver of this lower increase, why wasn’t there a much larger rise in England? Weekly cases barely rose throughout the term in 15-19 in England, despite the lack of mandatory masks.

Only 0-19 years testing data is available for England, so 0-14 and 15-19 weekly tests in Scotland have been summed to allow a direct comparison.

The initial spike in cases in Scotland corresponds to a spike in testing. In England, testing rates rise to week 37, falling in week 45, then rising again towards the end of term.

The number of weekly tests rises (peaking in week 37) before weekly cases peak (in week 42) in England. In contrast, the Scottish test and case data both peak in week 36, before beginning to diverge in week 44. The rise in cases seems to be mainly driven by rising numbers of tests.

Were more people getting tested because there was more SARS-CoV-2 around? One way to confirm this is to calculate the test positivity. This shows the percentage of tests that have a positive result. If test positivity rises, that implies an increase in the number of people who have the virus.

Test positivity rises and falls with the peaks in testing data in both countries. However, the result that stands out most is how low the test positivity is in England (around 15% throughout the autumn term) compared to Scotland. Masks were not mandated in any schools in England. In Scotland, with mask mandates in secondary schools, test positivity is more than twice as high (around 40%).

The enhanced restrictions and secondary school mask mandate seems to have had a negative effect overall on weekly cases in primary and secondary school age groups in Scotland. Test positivity is higher there and increases in cases and testing at the start of the autumn term were higher than in England. If masks and more restrictions reduce transmission, why did Scottish young people have greater increases in weekly cases and higher test positivity than English young people in autumn 2021?