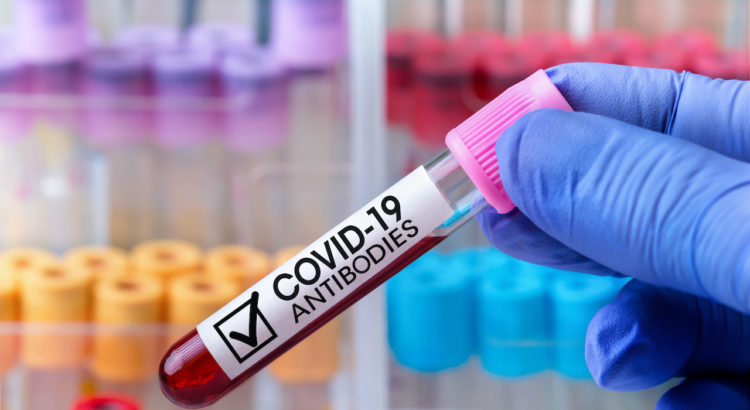 What can we learn from antibody testing?

Does anyone know how many of us have had COVID? This is a critical question that politicians cared about only a year ago. In May 2020, the results of the first random testing of the population were eagerly awaited. Many hoped that a high proportion of people had already been infected and would have acquired immunity. However, when the results returned they showed only 7% of us had had an infection. This rose to a peak of 8.5% by the end of May.

From 1st August 2020 until 1st June 2021, antibody levels reached 16%. The development of antibodies would indicate that 4.2 million people had had COVID in that period. However, the ONS estimates, based on PCR testing of a random sample of the population, puts the figure at 8.2 million. Since that period antibody levels have risen only slightly, reaching 18.7%.

Are antibodies an accurate estimate? With any test a line must be drawn between finding every possible positive and finding only definite positives. For PCR testing the line has been drawn such that results are overestimated and we have some meaningless positives. For antibody testing the reverse is true. The antibody tests were designed using pre-COVID donor blood samples as a negative control and blood samples from hospitalised COVID cases as a positive control. The result of the latter decision could result in missing mild cases on antibody diagnosis. However, what we do know is that people who develop antibodies are protected from future infections and so it is a meaningful measure from a public health perspective.

Estimate of numbers of people in England infected in different periods:

It is critical that we try better to understand what these cases represent. Were they symptomatic? If so, why did they not get tested when they were ill (once testing of the symptomatic was introduced in May 2020)? If they were never symptomatic then is this a measure of anything useful? People with no symptoms do not require healthcare and there is no conclusive evidence that they are major spreaders of disease. The numbers diagnosed through government testing are a much better fit for estimates from antibody testing than the ONS estimates.

It is striking how closely total diagnosed cases in the community match with estimates of cases from antibody testing. If antibody data is taken as the gold standard then 88% of possible cases were diagnosed on Government testing in winter and all Delta cases have been diagnosed. Having carried out 235 million tests in the community since August 2020, with all the symptomatic asked to be tested since May 2020 and many people routinely tested since the winter, it would be hard to see how many genuine cases could have been missed.

However, the ONS estimates are of a different order, being more than twice as high in both winter and for Delta. ONS continue to report on all PCR positives despite releasing a publication in December 2020 demonstrating that only those strong positive results with a Ct Value of <25 ever spread disease. Questions must be asked about the accuracy of the ONS estimates. Have ONS overdiagnosed COVID? Are the ONS estimates of any benefit to public health if they do not represent symptomatic people, infectious people or people who may acquire immunity?