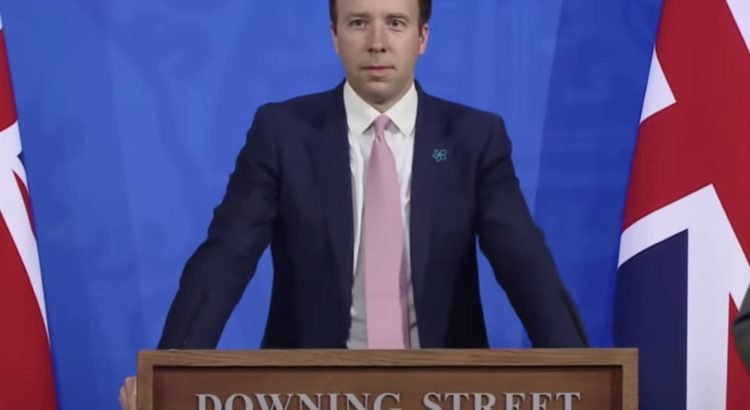 ICO and NHS guidance breached by the Health Secretary

On Sunday 16 May, the Secretary of State for Health made appearances on the BBC’s ‘The Andrew Marr Show’, Sky News ‘Sophy Ridge on Sunday’ and Times Radio to warn the public about the risk of the ‘Indian Variant’ derailing the plans for further easing of restrictions. Mr Hancock revealed 18 COVID-19 patients were under the care of Bolton NHS Foundation Trust, hospitalised with the Indian variant. He informed the public that ‘the vast majority’ of these patients had not been vaccinated despite being eligible. He repeated these claims in the Commons on Monday 17 May.

This story was carried by online and printed editions of mainstream papers on Sunday and Monday, with The Mirror duly reporting that the ‘majority’ had ‘turned down’ the jab.

It is clear that Mr Hancock’s intention in disclosing this information was to encourage uptake of the vaccine, which is still in phase 3 trials, via the telling of a cautionary tale. He told Times Radio, ‘I suppose the number one lesson from this episode is that if you are eligible, you should come forward and get the jab. If you want to know why that’s important, the majority of people in hospital with coronavirus in Bolton this morning are eligible for the jab but haven’t had it yet’.

In a climate in which the government and media has, in recent days, sought to pin blame for any change to the ‘roadmap’ out of lockdown on people who ‘refuse’ the vaccine, this is especially concerning. Public voices have vilified those who have not accepted the jab (see Sir Andrew Lloyd Webber’s recent comments) and worrying practices within media appear intent on ‘othering’ those who have chosen not to accept vaccination (see the Telegraph and Daily Mail’s use of the word ‘Refusenik’, which in itself has chilling connotations).

Over and above the ethics of coercion to accept medical interventions, the scapegoating of those who have not — or cannot — be vaccinated is a highly concerning development.  How can a patient give informed consent to a medical intervention when essentially under duress via the tabloid press? The logic of this fear mongering is especially suspect as it turns out that in neighbouring East Lancashire, six of the nine coronavirus patients in the region’s hospital had received at least one jab, as told to the Guardian by the local council leader.

Additionally, a matter of serious concern is Mr Hancock’s attitude to patient confidentiality. Although no individual’s patient identifying information was directly provided, in clinical practice, when numbers are small they are not reported due to the risk of individuals being identified. The ICO (Information Commissioner’s Office) and the NHS’s own guidance outlines the risk of an individual being ‘identifiable or likely identifiable’ from information given, combined with ‘other information’ ‘likely to be in the possession of the recipient’.

With numbers of patients in Bolton as small as they are, people will likely know who these individuals are. Mr Hancock’s statement that the ‘vast majority’ of them are unvaccinated enables people within the community to make reasonable assumptions about the vaccination status (private medical information) of these patients and possibly make unreasonable (and judgemental) assumptions about the reasons for this.

The 18 patients in hospital in Bolton are entitled to privacy regarding their health status and respect regarding their medical choices, as well as protection from the moral judgement of the community.

In his efforts to promote vaccination, Mr Hancock appears to have forgotten this.