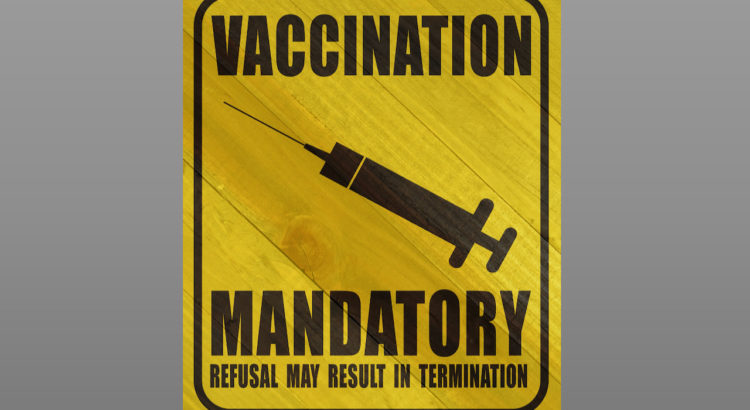 There has been a public consultation on vaccine mandates for NHS staff, but as yet no official decision has been taken. However, earlier this week, the Telegraph reported that Chris Hopson, Chief Executive of NHS Providers, had said that if the Government was to press ahead, it should delay until April to ensure the NHS can get through the “very, very difficult winter”. The article reported that some hospitals still have up to 20% of staff unvaccinated, which added to existing vacancies could be disastrous during an inevitably busy winter.

It looks like Sajid Javid may be listening, as days later the Guardian ran this headline, ‘Covid jabs to be compulsory for NHS staff in England from April’. The logic is hard to fathom whichever way one examines it. The mandates for care homes staff that are due to come into force on 11th November are equally baffling. They may affect at least 10% of care workers in a sector already facing critical staff shortages. How is this intended to help an already precarious situation? Given the lack of measurable effect that these novel ‘vaccines’ have on transmission of the virus, on what scientific basis is it being enforced?

Add to this the fact that elderly patients may end up stuck in hospitals longer if their care home is unable to take them back due to the staff shortages and we can see that the policy is destined to make the whole situation significantly worse. It is jaw-dropping in its obvious counter-productiveness. The only ‘plus’ (if one can call it that) would be that some of the ousted care home staff might take their skills to their nearest hospital instead of leaving the care sector altogether. Indeed there have been reports that this is indeed happening. Sajid Javid’s disgraced predecessor, Matt Hancock, writing in the Telegraph, is vociferous that vaccination for NHS staff must be mandated before the winter, though he also does not seem to have noticed that these injections do not prevent infection and transmission.

So what is happening elsewhere? New York City has laid off 9,000 workers this week, with particular problems amongst firefighters of whom currently only 77% are vaccinated. In South Australia many nurses are protesting over the mandates. Coverage of this is only visible on social media platforms, with the now commonplace deafening silence from mainstream media outlets. Meanwhile in Italy, a nurse laid off in February has had her appeal against unfair dismissal upheld in court, which ordered her employers to give her backdated pay with interest.

It is very difficult to understand what the powers that be are trying to achieve with these mandates. Author of A State of Fear, Laura Dodsworth discusses the issue in her article ‘From clapping to sacking – 18 months in the life of a nurse‘ published today.

These mandates are unscientific, unethical, illogical and will likely result in total chaos to an already beleaguered health service.