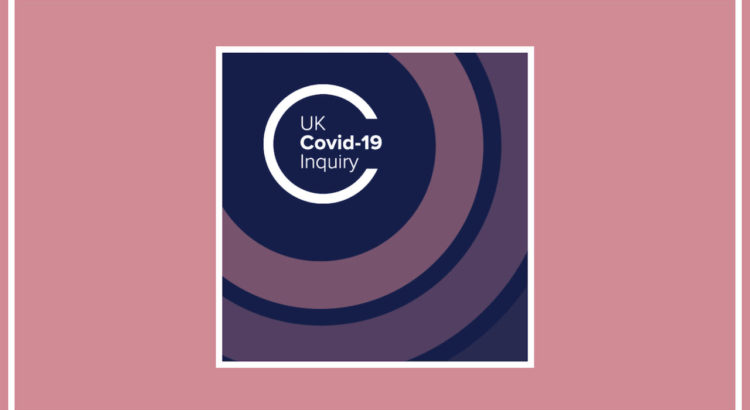 Public Survey to be completed by 7 April

The deadline to respond to the proposed terms of reference for the English Public Inquiry into covid ends on 7th April. There are number of major omissions from the current proposed terms of reference including mention of the misuse of behavioural psychology, errors in death diagnosis, failure of systems designed to prevent mistakes, vaccine mandates and harm, conflicts of interest, impacts of policy on major life events and children (outside of their educational needs).

The remaining terms are framed in such a way that voices saying we should have more and earlier restrictions are more likely to be heard than those who believe we should have had none.

HART will be submitting the following in an attempt to broaden the terms of reference and ensure a fair hearing. We encourage you to also complete the survey and ask that terms be extended to include issues which concern you. Please feel free to borrow from the submission below to complete your own response.

Do the Inquiry’s draft Terms of Reference cover all the areas that you think should be covered by the Inquiry?

HART is a membership organisation comprising forty professionals and academics including highly qualified UK doctors, scientists, economists, psychologists and other academic experts. We have broad medical expertise including epidemiology, infectious diseases, pathology, psychology and paediatrics, and public health, alongside expertise in risk optimisation and cost-benefit analysis.

We suggest that 13 of the existing terms of reference are expanded:

Ensuring mistakes are not repeated

In 2009, a pandemic of influenza (swine flu) was declared. It has since been concluded that many aspects of the response to that incident were dysfunctional. Despite subsequent reports identifying the mistakes which were made and the fact that many individuals, and the Council of Europe called for such serious mistakes “to never be made again”, it is clear that the same errors (and additional, more serious ones) were made in the pandemic which began in 2020. It is germane to the inquiry to ask why appropriate lessons were not learnt from the 2009 pandemic. It should also be asked whether public health bodies should (without overwhelming evidence) be able to discard the formally agreed Pandemic Planning Guidance which had been signed off across Government, just because, indeed especially when, there is the kind of emergency for which such a plan was arguably designed.

We suggest that a number of key issues are not currently included in the terms of reference and ought to be of interest to the Public Inquiry. They are set out below.  Part 1 addresses points omitted entirely and Part 2 seeks to ensure sufficient breadth for terms already included. Given the confines and formatting of the portal, HART has included supporting materials for this submission at  https://www.hartgroup.org/terms-of-reference/

Accuracy of the recording and measurement of deaths from Covid

Use of professional behavioural psychology techniques and the effects of stoking fear  in the general public, the media and institutions

Vaccine harms including fatal injury, confirmed by findings at inquest

Italics /starred text reflect changes we would like to see in the wording.

In addition to these broad topics there are headings included in the current terms which need expanding to have a sufficient scope for the inquiry to appreciate the full picture.

Preparedness and resilience *and the justification for abandoning years of planning*

The availability, *quality* and use of data and real-world evidence, *its effect on policy and on societal wellbeing*

Why was the Public Health (Control of Diseases) Act 1984 which was aimed at persons who ‘may be infected’ [section 45G(1)(a)] used as justification to impose severe restrictions on the entire country when the vast majority were healthy?

The *effectiveness of, and justification for*, the use of *and duration of* lockdowns and other ‘non-pharmaceutical’ interventions such as social-distancing and the use of face coverings, *and the consideration of actual or potential harms caused thereby.*

*The appropriateness of, strategy for, and quality of* testing and contact tracing and isolation *and an assessment of their costs and benefits*

Restrictions on attendance at places of education, *their justification and their short and long term consequences*

THE RESPONSE OF THE HEALTH AND CARE SECTOR ACROSS THE UK

Preparedness, initial capacity and *how decisions were made about what capacity was required, and who were accountable for those decisions*, the ability to increase capacity, *adequacy of that increase* and resilience

The management of the pandemic in hospitals, including infection prevention and control, triage, critical care capacity, *the appropriate use of ventilators*, the discharge of patients, the use of ‘Do not attempt cardiopulmonary resuscitation’ (DNACPR) decisions, the approach to palliative care, workforce testing, changes to inspections, and the impact *of illness, of testing and isolation requirements* on staff and staffing levels *and their appropriateness*

The management of the pandemic in care homes and other care settings, including *assessing the scientific and ethical justification for and harm, caused by Government policies and local decisions around* infection prevention and control, the transfer of residents to or from homes, treatment and care of residents *by staff and GPs*, restrictions on visiting, and changes to inspections *and the impact of vaccination, including the mandate for staff.*

The *calculation of the requirements for and the procurement*, *reallocation* and distribution of key equipment and supplies, including PPE and ventilators

The development, *prioritisation* and delivery of therapeutics for *both early and hospital treatment*, and vaccines, *including assessment of their safety and efficacy*

The consequences of the pandemic *and policy* on provision for non-COVID related conditions and needs, *including the causes of reduced provision of GP and hospital care, use of Do Not Resuscitate orders and restrictions on access for certain groups, the particular effects on cancer care, emergency care, children’s care and the impacts of policy on the doctor-patient relationship*

*The extent of and* provision for those experiencing long-COVID

Which issues or topics do you think the Inquiry should look at first?

The Public Inquiry should prioritise those areas in which its actions might halt further damage to people, society, or the economy by the Government’s response to covid.

We would therefore cite the following nine priorities for investigation as their early outcome may arrest further harm done:

How should the Inquiry be designed and run to ensure that bereaved people or those who have suffered serious harm or hardship as a result of the pandemic have their voices heard?

Victims’ voices must be heard, but the pandemic, and worse the government’s response to the pandemic, touched all 70 million of us, and very few were beneficiaries. The voices of the bereaved should include not only those bereaved after covid attributed deaths but also those whose loved ones died as a result of policy including post vaccine fatalities. The award for legal expenses for those believed to have been bereaved from covid deaths should be expanded to those bereaved as a result of policy of vaccine fatality.

The PI could sit for a decade listening to victim testimonies and have no hope of providing one on one catharsis for us all, whilst never getting to the important business of ensuring mistakes are not repeated, errors are sanctioned, and the country can move on as Sweden has, having already completed its public inquiry. So for the vast majority of victims, clearly another approach must be found.

We would suggest a national website where victims can upload materials – video testimonies, photographs, narratives of their experiences such that large numbers of victims will feel heard and have their experiences formally recorded.