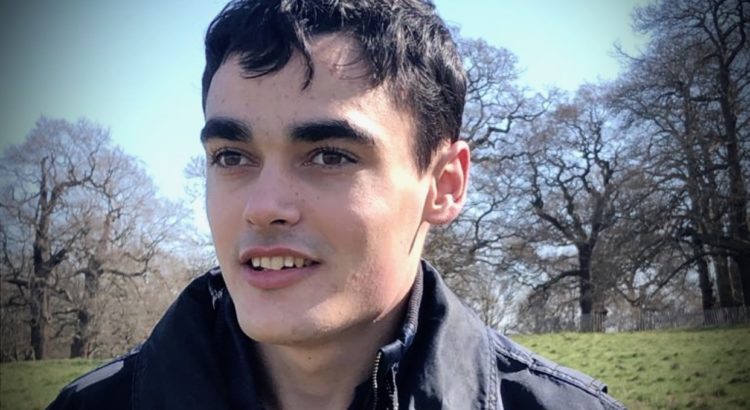 Charlie is young, healthy and naturally immune – why the obsessive quest to vaccinate him?

Our last 12 months has been spent arguing with various doctors that our perfectly healthy 22 year-old adult son Charlie, who does not have mental capacity, does not need a vaccination for a condition that poses a vanishingly small risk to him and from which he has natural immunity.

Charlie is non-verbal. Should he have chest pains or severe headaches or any of the other adverse reactions that have each been reported in their tens of thousands following the Covid jabs, he would have no way of articulating this. He would be trapped in pain in his silent world.

The whole purpose of medicine has always been to treat sick people, not to coerce or force treatment on healthy people, much less those with learning difficulties.

All doctors when they qualify take a Hippocratic oath stating, ‘First do no harm’. Quite how injecting a healthy, young person with an experimental vaccine that does not complete clinical trials until 2023, has no published medium or long-term safety data nor toxicology studies, and with over 1.38 million adverse events reported on the UK’s MHRA Yellow Card Reporting system – is respecting the ‘First do no harm’ principle, is beyond me. Even then it is widely accepted that only between 1% and 10% of vaccine injuries ever get reported.

According to the American Vaccine Adverse Events Reporting System (VAERS) database, the Covid jabs have killed more people in the last year than every other jab combined for the last 30 years.

Charlie experienced breathing difficulties following a flu shot as a child. His initial GP called me back after I explained this to him, to say that the NHS has now set up a clinic in North London to deal with anaphylactic shock, so I ‘shouldn’t worry’. If Charlie has breathing issues after being vaccinated, we can get him referred to this clinic for treatment!

We have changed Charlie’s GP twice, hoping that we might find one with a more ethical approach and who is mindful of the Hippocratic oath that underpins the medical profession. We did manage to find one such GP who felt it would not make sense to jab Charlie. However, he was over-ruled by the senior partner in the surgery. The sympathetic GP actually explained to us that the senior GP was probably ‘coming under pressure from above’. What happened to medication being prescribed to meet the specific needs of an individual patient and since when did medicine become about filling quotas dictated to from above? Since March 2020, it would appear.

In desperation, in July 2020 we paid over £200 for a test at a Harley Street clinic which confirmed that Charlie has positive T-cell immunity to SARS CoV-2. T-cell immunity is known by the epidemiological community to provide the highest level of immunity, continuing for years or even decades after antibodies fade following a viral infection. People who had T-cell immunity to SARS CoV-1 in 2003 were even found to be immune to SARS CoV-2, seventeen years after the primary infection, in spite of the viral structure of the two being 20% different. All the variants to SARS CoV-2 have been shown to be < 0.3% different, so Charlie’s T-cell immune response can reasonably be expected to cope very well with them. Charlie has what Dr Peter McCullough, (a world-renowned cardiologist who has published more peer-reviewed scientific papers on Covid than anyone in the world) calls ‘long lasting, durable and robust immunity’. However, as it turns out, none of that matters to Charlie’s GP.

Interestingly for someone of Charlie’s age, the infection fatality rate for flu is slightly higher than that for Covid. And yet when I applied a couple of years ago to the original GP for an exemption from annual flu vaccines, he agreed without hesitation and on the spot. Now we have had a whole year of on-going drama about the Covid shot, when Covid poses less risk to Charlie than the flu.

The original GP sent me an email from Public Health England saying that people who are overweight and who have diabetes are more likely to die from Covid. As it happens, Charlie is very slim with a BMI of 18 and doesn’t have diabetes – so I don’t see how this is relevant.

For reasons I can only speculate on, Charlie’s GPs appear to have a demonic obsession to inject him with the Covid shot. The GPs are insisting on a ‘Best Interests Meeting’ in order to force the issue.

This involves a meeting with various members of Wandsworth Council who have never met Charlie, his care-givers who are forbidden in their regulations to express any opinion on medical treatment, the GPs at his current surgery and us, his parents. Not one of the professionals in that meeting would dream of going against the ‘medical advice’. They are not medically qualified and it would be more than their job is worth. So the whole process is a total farce, which will result in a decision to inject our son.

The last port of call will be for us to apply for a court injunction and have a court hearing. Costs could run to £25-50k, especially if we lose and have to pay the other side’s court costs. This is a non-starter for us. I have been advised that legal aid is a possibility, which is an absurd use of tax-payers money. The whole situation is incredibly stressful and draining.

Something has gone very wrong in our society. Medicine has been corrupted by vast profits and has now become all about ‘treating’ healthy people. Seemingly endless resources and funds are suddenly available for medicating healthy people the world over.  Meanwhile, sick people can’t get appointments or treatment and are having surgeries cancelled.

These vast profits are driving the removal in society of people’s right to choose what goes into their bodies. The Government has used fear to increase compliance and censorship is now widely used to smear and cancel any questioning or dissenting voices, however well qualified an individual is to do so.

If as a society we don’t stop this now, it won’t just be Charlie and healthcare workers in the firing line for mandatory vaccinations. All of us and our children and their children will lose their right to choose.

In the meantime, we have our beloved gentle boy to protect, with the whole weight of the state machinery against us. We are waiting for a date for the ‘Best Interests Meeting’. It feels as if the sword of Damocles is hanging over our head and has been for a year now. ‘David and Goliath’ does not sufficiently portray the fight. It feels more like a tiny ant standing up for itself against a very large elephant. Please wish us luck, as we are definitely going to need it.