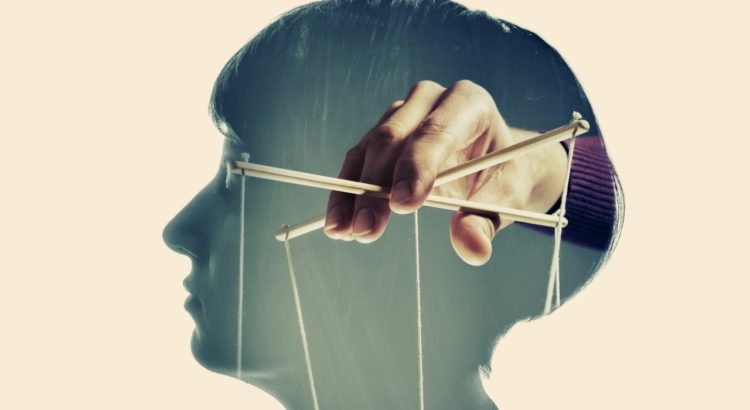 Orwellian parallels worsen by the week

The recent actions of the financial technology company, PayPal, to close the accounts of subscribers expressing political opinions of which they disapprove, represents the latest example of censorship within so-called liberal democracies. Their strategic decisions to block the online monetary activities of the Free Speech Union, the Daily Sceptic website and the Us For Them campaign group – although later reversed – signal the willingness of powerful global big-tech companies to collude with governments in the crushing of activities that challenge the dominant narratives.  But no one should be surprised; we have all been manipulated by top-down censorship and state propaganda for many years, a dystopian process that accelerated during the covid era.

Since the emergence of the novel coronavirus in early 2020, there has been widespread censorship of views that do not support the two mantras of covid-19 orthodoxy: namely that, ‘Lockdowns and other restrictions were appropriate responses’ and ‘The mRNA vaccines are safe and effective’. Indeed, the unprecedented and non-evidenced covid restrictions could not have been so successfully imposed without propaganda in all its forms. Contrary to popular opinion, techniques of manipulation do not only characterise recognised totalitarian regimes, but are now endemic within contemporary liberal democracies. And three, overlapping, forms of non-consensual persuasion have been widely deployed throughout the covid era to control the narrative and subsequent behaviour of citizens:

The covert influencing of people’s emotions via use of behavioural-science ‘nudges’ has been well documented. Based on the advice of state-employed psychological experts, the covid-19 communication strategy has relied heavily on evoking uncomfortable feelings in the populace as a way of inducing them to ‘do the right thing’, where what is ‘right’ is solely determined by government-appointed officials. In particular, the manipulation of fear, shame and scapegoating – or ‘affect’, ‘ego’ and ‘norms’, to use the euphemisms of behavioural science – has been conducted for this purpose via the broadcasting of selective statistics, alarming images and emotional messaging. Furthermore, the decision to impose mask mandates was most likely informed by the knowledge that face coverings enhance the power of each of these three nudges, thereby increasing people’s compliance with government diktats.

Despite escalating concerns about the ethical basis of the state’s deployment of behavioural science, there has been a stark reluctance of anyone in authority to accept responsibility for this form of manipulation. The British Psychological Society (the formal guardians of ethical application of psychological interventions) is of the view that covertly inflicting emotional distress on people so as to promote compliance with covid restrictions and the vaccine rollout is acceptable as it is encouraging ‘social responsibility’, thereby colluding – along with other professional bodies – with the state’s mission to silence dissent and eliminate contrary behaviour. Meanwhile the Government show a reluctance to explore the ethics underpinning their deployment of nudges as evidenced by their ‘Public Administration and Public Affairs Committee’ ignoring a request for an independent inquiry and the omission of any mention of behavioural science in the draft terms of reference for the Inquiry into the covid-19 pandemic.

2.      Control through modulating the flow of information

A second way of controlling dissent – used at unprecedentedly high levels throughout the covid event – has been via the regulation of information flow within our TV, radio, newspaper and social media outlets. Ease of access to facts, data and opinion (including that of scientific experts) has been mainly determined by the degree to which the information corresponds with the dominant narratives: write or speak words supportive of lockdowns, masking and vaccination and they will typically receive preferential treatment within the media’s editorial processes, gaining prominence and ease of access; in contrast, say or print something contrarian and it will most likely be submerged in the quagmire of daily media output.

The seeds of this system of selective information flow had been sown prior to 2020 with the formation of the ‘Trusted News Initiative’ (a coalition of mainstream media, publishers and big-tech companies) aspiring to ‘create a global alliance of integrity in news’ by countering ‘misinformation’ and ‘bias’. Furthermore, at the start of the pandemic, Ofcom – the UK’s communications regulator – instructed broadcasters not to cover anything that went against the Government’s narrative. This censorial alliance ensured that voices expressing dissent about covid restrictions and the vaccine rollout were disadvantaged, displaced to the inaccessible fringes of media output.

In the UK, there has even been military involvement in the form of the 77th Brigade with their explicit mission to create and spread material ‘in support of designated tasks’ while also ‘supporting counter-adversarial information activity’. Internationally, the WHO has effectively modulated the flow of information via the use of fact-checking organisations and collaborations with Facebook, Twitter, WhatsApp and YouTube, so as to guarantee that ‘science-based health messages from official sources’ (aka the dominant narrative) appear first when one searches for covid information.

Specific examples of the impact of this – seemingly global – operation to control information flow are numerous. They include: Professor Gupta (an epidemiological expert) being instructed not to mention the Great Barrington Declaration prior to appearing on a BBC discussion programme about lockdowns; academic journals blocking the peer-reviewed covid research of Dr Peter McCullough and the suppression of trial findings that had concluded that Ivermectin was an effective treatment; the removal of Dr Robert Malone (the inventor of mRNA technology) from Twitter; and the removal of MPs Sir Christopher Chope and David Davies from YouTube for, respectively, raising concerns about vaccine damage and vaccine effectiveness.

One fundamental consequence of this selective regulation of information was that our Western media – a supposed pillar of democracy – failed us all in their refusal to scrutinise and evaluate the actions of public officials.

Presumably based on the assumption that eliminating people before dissent is expressed is a more effective censorial method than controlling their information output, throughout the covid era there appears to have been a systematic state-driven attempt to discredit or cancel those brave individuals expressing views that are inconsistent with the dominant restrict-and-jab narrative.

Since March 2020, anyone who has expressed a contrarian covid opinion in a public space will likely have attracted criticism involving accusations of being ‘right wing’, fascist or a ‘conspiracy theorist’. Efforts by powerful players to destroy reputations and livelihoods through smearing and character assassination have been commonplace. Arguably the most high-profile example of this egregious practice is in regards to the targeting of the main authors of the Great Barrington Declaration, a multi-signatory document arguing for an alternative to the blanket lockdowns. In leaked emails between Anthony Fauci (Chief Medical Advisor to the US president) and Francis Collins (the Director of the US National Institute of Health), these powerful state officials refer to the illustrious authors of the document as ‘fringe epidemiologists’ while describing the need for a ‘quick and devastating public takedown’ of their arguments. Furthermore, the extremely popular US podcaster, Joe Rogan, was smeared as a transphobe and racist in the aftermath of him giving a platform to experts expressing views at odds with the dominant covid narrative.

A threat of imminent loss of earnings – actual or implied – is another tactic that has been commonly deployed to cancel those criticising the approach of Western governments to pandemic management. Many academics have suffered in this way, including Canadian professor Julie Ponesse who lost her job after she challenged the vaccine mandates. Of course, such a draconian sanction serves as a warning to many other university scholars who might also be considering expressing dissent.

The recent actions of PayPal suggest that our medico-technocratic powerhouses are not satisfied with inflicting emotional distress, censorship and character assassination on the Western population, but now seek to control how we spend our money. Manipulation by means of regulating access to our finances may be the new front in the war on freedom of verbal and behavioural expression. It raises the spectre of the imposition of a totalitarian social credit system, mediated via a Central Bank Digital Currency, a world where unelected global bureaucrats determine our monthly spend based on the degree to which our behaviour conforms to their version of what constitutes the ‘greater good’.

In the words of Piers Robinson (an expert on global propaganda), ‘That the censorship, smearing and coercion … has come to be tolerated is a clear indicator of how far our democracies have slipped into an authoritarian abyss’. And the imminent Online Harms Bill, with its ‘legal but harmful’ category, may further restrict our basic human right to freedom of expression. But there is still hope. As more and more people become aware of the associated collateral damage, the dominant narratives on the benefits of lockdowns, school closures, masks and ‘safe-and-effective’ covid vaccines are beginning to crumble. As awareness of ubiquitous state-funded manipulation and censorship grows, increasing numbers of citizens are turning to independent sources of expert information – such as HART and PANDA – for reliable covid updates. The basic human right of freedom of expression within Western democracies must be protected; once lost, it is unlikely to be restored within our lifetimes.