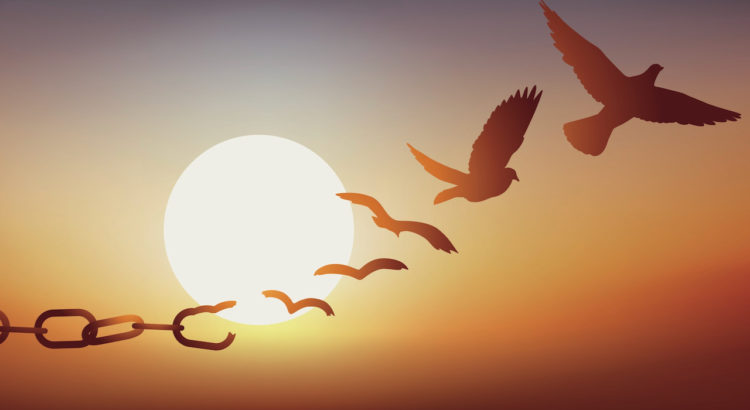 Mandates, passports & restrictions may cause more harm than good

A recent article published in prestigious scientific journal BMJ global health has questioned  the effectiveness  of  vaccination mandates during the Covid-19  pandemic and pointed out their unintended consequences. They have now urged policy makers to return to non-discriminatory, trust-based public health approaches. This is the first time to my knowledge that any of these points have been raised in such a reputed journal. It definitely signals a change in attitude of editors who may not be quite so afraid of airing controversial topics. By analysing the effects of vaccine mandates on behavioural psychology, political and law, socio-economics and trust in public health, the researchers concluded that these policies  were scientifically questionable and likely to cause more societal harm than good.

Here is a summary of the article.

The severity of vaccination mandates around the world, suggested that Covid-19 was an urgent emergency necessitating coercions which entailing job losses, regular fines or imprisonment to assure compliance. However, it was the inconsistencies in  these policies (shifting of goalposts) that first aroused  suspicions.  These doubts were further reinforced by the discovery of waning vaccine efficiency,  the equal likelihood of  transmission from vaccinated or unvaccinated, and the huge differences in disease susceptibility between young and old.

These conflicting health directives created a cognitive dissonance (rationalising two conflicting ideas) in the public which was counterproductive to vaccination uptake.  Although many in the media labelled opposition to vaccine mandates as anti-vaccine, public concerns over the safety of the new experimental technology were based on genuine safety and efficiency concerns and the reluctance to hand a blank cheque to the public health emergency team as it was then composed. This reluctance was reinforced by lack of official transparency, and the emerging data on adverse vaccination events such as clots, myocarditis and heart attacks.

Vaccine mandates with contradictory logic also damaged peoples’ trust in science and public health. A good example of this was the failure to consider those who had received immunity from prior infection by many public institutions who would rather see workers sacked.

“despite clear evidence that infection derived immunity provides significant protection from severe disease ….prior infection status was consistently underplayed …many individuals with post infection immunity  were suspended /fired /pushed,  unable to travel or participate in society  while transmission continued amongst vaccinated individuals in the work place “

In addition to these mandates, governments also used psychological manipulation techniques including stigmatisation of the unvaccinated through media, advertising and public health institutions. Shockingly, it was deemed acceptable by some to denigrate people who made informed choices about the new experimental technology. This was exemplified in a statement by former UK PM Tony Blair who referred to the unvaccinated as “idiots”. This type of McCarthyite language runs against pre-pandemic consensus that health behaviours should not affect provision of services.

The  socioeconomic impacts of Covid-19 vaccine mandates already arrived on top of some economically catastrophic non-pharmaceutical interventions which had decimated small businesses and made many dependent on government grants (so no self-agency). This was exasperated by constant  exposure to perpetual fear stories from the media. It was quickly realised that economic fallout could have serious repercussions for supply chains (if vaccine certificates were needed) and social mobility.

All these events combined to create a strong confirmation bias in some that government and corporate partners were acting in a cooperatively authoritarian manner. This was not helped by the “coincidental “ emergence of tech companies who had large contracts for government  digital IDs. It was no surprise that some of these companies have a vested interest in maintaining bio-surveillance and expanding it. This increases the suspicions that public health is being influenced by powerful sociopathic forces acting in corporate interests.

The status of vaccine mandates, passports and restrictions is still a legal grey area. Many policies were decreed under a state of emergency in an arbitrary manner with little oversight.

“the vaccine pass risks enshrining discrimination based on perceived health status into law undermining the rights of many individuals …indeed unvaccinated but previously infected may generally be less risk  than double vaccinated but infection naïve individuals.”

The tightening of vaccine mandates by many authorities, even for those who claimed exemptions, were not applied evenly. They were relaxed for some government officials or business people but strictly enforced for high profile dissenters such as Novak Djokovic.

Additionally, despite many data (GDPR) and medical privacy laws, a security guard at a social event with no training in medical confidentiality could require that you publicly prove your vaccine status or reason for exemption. Having established these precedents, it’s conceivable this erosion of privacy and discrimination could be further applied by employers/law enforcement /insurance companies/ tech companies.

Another knock-on effect of coercive vaccine mandates was the loss of trust in the integrity of  public health and science. According to public health ethics, the benefits of public health interventions should outweigh restrictions on liberty.

“It would violate the principle of proportionality to impose significant liberty restrictions (and or harms) in exchange for public health benefits  particularly when other options are available.”

Current evidence/data shows that vaccine efficiency on reducing transmission of SARS-CoV-2 is temporary and limited and that prior infection alone provides sufficient benefit. This raises the prospect that vaccination policies are no longer being guided by best science but are rather being used to punish individuals who remain unvaccinated and to shape public opinion and compliance. If you think this is fantastical, French president Emanual Macron stated the aim is to “piss people off (the unvaccinated)” This statement was echoed by other world leaders.

Proportionality is also key from a legal standpoint. Just because mandated vaccination measures are in place, there seems to be a broad presumption they are legally unproblematic. However, as stated, legal proportionality (and emergency authorisation in the USA) require that there are no alternatives which can achieve the same result! Therefore,   the impact of prior immunity from infection or the shifting risk/benefit balance has legal implications.

When the public perceive this legal and ethical grey area it erodes trust in health and science institutions and even the courts which endorse these policies:

“a key aspect of building trust is acknowledgement of wrong ……will pro-mandate scientists and organisations acknowledge that mandates and passports were disproportionate policy responses…it appears that many officials have doubled down in their narratives.”

This erosion of trust in public scrutiny bodies was not helped by the FDA request to delay the  release of communications related to the regulatory processes between FDA and Pfizer until 2076. Even though such appeals were dismissed, it only serves to reinforce the feeling of “institutional capture”.

Adoption of vaccine passports and mandates has provoked a backlash or resistance. Mandatory policies are not viewed as kindly nudges or incentives by a substantial proportion of the population. While many may have appeared to go along with this coercion, denying people education, livelihood, medical care, travel, financial stability and ultimately freedom, especially in light of vaccine limitations conflicts strongly with core principles of bioethics. These ethics were designed to ensure rights and liberties even during a public health emergency.

Although vaccine policies may be important, they must be proportionate and scientifically defined without constant shifting of goals. The authors believe that the present vaccine mandates are no longer fit for purpose.

It is crucial that all Covid-19 pandemic policies are analysed so that evidence-free policies can be abandoned. Although many of the author’s observations might seem obvious, it is important that previous policy flaws are carefully scrutinised and publicly rebutted if necessary. If not, policy makers might see fit to introduce measures which are even more draconian the ‘next time’ and if evidence isn’t required to do so, this in no way resemble the public health policy we are familiar with. We need a swift return to non-coercive public health measures, with improved data transparency, media independence, government oversight, and public debate and scrutiny, all of which are essential to win back the public’s trust.