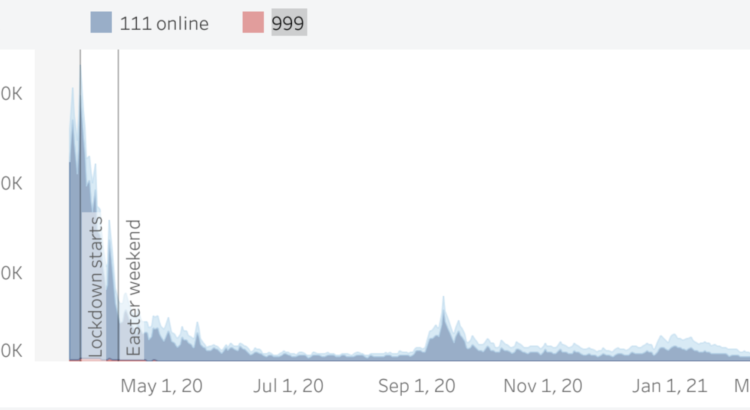 Welcome to our latest weekly bulletin.

Good news from the NHS
COVID-19 like symptom triages through 999 and 111 calls dipped this week to 3,734 – the lowest since the 8th August, when few non-pharmaceutical interventions were in place.

UK restrictions among strictest in the world
It may be a surprise to learn that, compared with all other nations for which a stringency index of NPIs was calculable, the UK ranks fifth most severe behind only Cuba, Eritrea, Honduras and Lebanon. See the Oxford COVID-19 Government Response Tracker for their methodology.

It is HART’s position that, in combating novel diseases such as SARS-CoV-2, all possible tools to achieve protection must be evaluated for benefits, taking account of all impacts on wider society over the short, medium and long-term and not solely focusing on the immediate threat. These tools include well-targeted NPIs and also the use of experimental treatments (especially “drug repurposing”) as well as vaccination where available, subject to the benefits of any medical interventions being shown to be greater than the risks, in accordance with accepted norms of medical practice.

Avoiding harm to children and young adults
Masks have been widely used during this pandemic in an attempt to reduce transmission, but with no accompanying quantification of benefit or published risk assessment of harms (physical, psychological, educational or societal). The assumptions that face coverings reduce transmission and cause no harms is not borne out by the published science. A recent large randomised controlled trial found no significant protection from SARS-CoV-2 infection for mask-wearers, which is consistent with findings in previous investigations of protection from other respiratory viruses. Furthermore, there are documented harms from prolonged use, particularly in children and young adults, both physiological and psychological.

An independent group, the UK Medical Freedom Alliance, has prepared a detailed report of the evidence, which we encourage you to read.

In light of this evidence, it is concerning to see in the Prime Minister’s ‘Roadmap’ a recommendation that face masks should be worn by children all day (up to 8 hours) when they return to school. It is HART’s position that this should be urgently reconsidered, given that the evidence suggests schools are among the safest places in relation to the virus, even without mass testing or face-coverings in classrooms, for pupils, teachers and families. For the same reason, repetitive testing for asymptomatic infection in schoolchildren is unlikely to result in useful benefits compared with the costs and burdens. Asymptomatic positives have not been found to be a significant driver of transmission and the continued medicalising of children is a significant barrier to their recovery from a damaging year.

Society has a duty to protect and nurture the next generation by showing good judgement and putting their needs first. Children are rarely a source of onwards transmission of the virus and are extremely unlikely to become ill. It is therefore additionally concerning to hear scientists and others calling for COVID-19 vaccines to be rolled out to children. HART’s view is that this is unnecessary, unethical and should be strongly discouraged at least until long-term safety data is reported in 2023. For more information on this important topic, please read our briefing paper here.

Choosing the optimum response to a global threat
The SARS-CoV-2 global crisis – and most notably our responses to it – is an event without modern precedent. However, a year on, there remains no consensus regarding the best ways to respond in order to protect vulnerable citizens as well as wider society. Several countries and US states have chosen a ‘light touch’ approach, providing clear public health advice yet minimum compulsion (Sweden, Florida, South Dakota), others have elected to make extensive use of compulsion in non-pharmaceutical interventions (UK, California, New York).

Outcomes in terms of deaths, adjusted for population, are inconsistent with the notion that the available NPIs (such as ‘lockdowns’, face coverings and business closures) are any kind of magic bullet. Indeed, Professor Martin Kuldorff of Harvard Medical School has recently argued that NPIs are largely ineffective yet disproportionately harmful. It is important to remain fact-based and, while there is no question that many mostly elderly and already-ill people have died with COVID-19, its lethality is not as remarkable as often portrayed. It is not commonly known that there are already four, endemic coronaviruses (OC43, 229E, NL63 & HKU1) which cause around 20% of common colds. In the frail population, even infection by OC43 can cause fatalities at a similar rate to SAR-CoV-2.

Assessing risks from new-technology vaccines
The rapid development of COVID-19 vaccines has been a rare technical triumph in a very challenging year. The UK was extremely successful in securing a high volume of doses prior to availability, and the rapidity with which vaccination is proceeding should quickly be reducing the threat to the NHS and to vulnerable individuals. This is to be celebrated. However, the shorter than usual development period was made possible only through the use of technology which is new and for which there is no prior clinical experience. It is not appropriate to employ our usual assumptions on short- and long-term safety, for example.

With classical vaccines, all that changes each time is the ‘immunogen’, the material placed in the mixture to which a desirable immune response is sought. The COVID-19 mRNA vaccines use entirely novel technology. While the short-term safety profile appears acceptable, there is simply no safety database nor any validated methods at all which could guide us on the potential for unwanted effects in the mid to long-term, as summarised in this short review. Accordingly, it makes sense to move with caution once vaccination of the vulnerable has been accomplished and any form of mandated or pressurised adoption of the vaccines cannot be justified – including the adoption of domestic or international vaccine passports. This is, thankfully, being increasingly recognised, as seen in the Council of Europe’s declaration on the matter (to which the UK remains a contracting party).

Treatments for COVID-19 beyond vaccination
While data from the vaccination trials suggest that these products can provide robust protection for those most vulnerable to severe outcomes, there are other good treatments being investigated and proven. A small randomised trial (137 people) of the inhaled anti-inflammatory drug budesonide was conducted in early, mild COVID-19 cases, based on observations that asthmatics were underrepresented in COVID-19 deaths. A highly statistically significant 90% reduction in hospitalisation rates was observed. This drug is available as a low-cost generic and every GP is familiar with prescribing it because it is a safe and effective treatment for asthma.

There have also been strong clinical benefits following controlled trials with the generic anti-parasitic drug ivermectin. It is important to note that even “long COVID”, a post-viral syndrome which, thus far, does not appear to be much more common or more severe than after influenza sequelae, is also successfully treated by some of these drugs, specifically ivermectin. It is now reasonable to regard COVID-19 and its ongoing complications as largely treatable or even preventable.

It remains an enigma why high evidential bars are maintained, even for mere evaluation of existing drugs, whereas no such considerations appear to have been evident as regards the use of devastatingly harmful measures such as lockdowns.

The way forward – the importance of testing
Classically, a disease is diagnosed by a mixture of signs and symptoms which are consistent with the disorder suspected. Sometimes, additional tests are ordered to differentially diagnose illnesses which present with similar clinical pictures. Unusually, COVID-19 is primarily diagnosed by one test, largely the polymerase chain reaction (PCR) probing for genetic sequences characteristic of SARS-CoV-2. This alone places great weight on the reliability of the test itself. There has been controversy in relation to the PCR test, which is extremely sensitive yet potentially subject to a number of interfering factors, which have not been fully investigated. ‘False positives’ or ‘cold positives’ are a particular concern, notably as prevalence of the virus falls further. Recently, additional tests, such as the ‘rapid antigen’ or lateral flow test, have become available. These have different characteristics and this is an advantage because it is common to have a range of testing techniques from which to choose, depending on the context (i.e hospitalised patients or healthy individuals in the community).

In order to minimise inappropriate focus on just one of forty or so respiratory viruses, HART recommends an in-depth review of testing followed by a revised testing strategy. The aim is to focus on reliable identification of those who are both clinically infected and infectious, because they represent the vulnerable from whom NHS burdens and also mortality risks emerge. Those who may be positive in certain circumstances but are not clinically infected or infectious are a distraction and also unhelpfully distort otherwise informative trends.

Accurate recording of deaths
Another area where COVID-19 testing inaccuracies can be problematic is death certificates. Normally a disease is defined by symptoms and testing is secondary. For COVID-19, a positive test result is the definition of disease and the clinical symptoms that have been associated with it are myriad. Where the specific symptoms are not present, a clinical diagnosis of the disease should be impossible. However, data on COVID-19 mortality is centred on all deaths within 28 days of a PCR positive. We rely on clinicians to determine the underlying cause of death and differentiate that cause from any possible contributing factors. HART’s concern is that a front-line clinician certifying a death that has been recorded as a COVID-19 death in Government data will find it hard to overturn that decision in the absence of evidence that they did not have COVID-19. There is ample anecdotal evidence that deaths are being misattributed.

Regardless of the prevalence of false positives, the genuine presence of a respiratory virus does not necessarily implicate the virus in the patient’s death. It is being assumed that where PCR positives indicate the presence of SARS-CoV-2, the virus has contributed in some way to the death. We have never adopted this system for any other virus. It is important to consider how many hospital deaths would be attributed to influenza in any given winter were we to employ a similar diagnostic strategy. Indeed, this Spanish study demonstrates that respiratory viruses were present at death in 47% of elderly cases, while clinicians only diagnosed infection in 7% prior to death.

Perhaps the most useful measure available to us is all-cause mortality. When you look at the last 20 years, it certainly puts recent events in context.