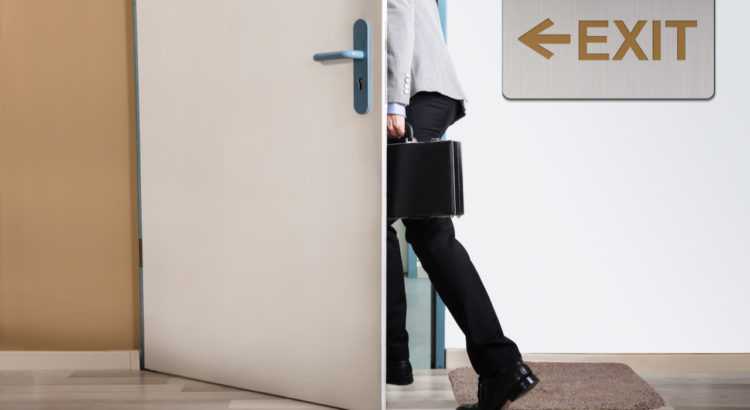 It is now two weeks since Sir Jeremy Farrar quit the UK Government’s Scientific Advisory Group for Emergencies (SAGE). Judging by numerous comments from the readership of a recent article in the Telegraph, many are not sad to see him go: “welcome news” was one of the more restrained contributions.

This role has clearly not required too much of his time — as well as being the head of the £29 billion Wellcome Trust, Sir Jeremy managed to find the time to write a Coronavirus yarn, disconcertingly titled “Spike: The Virus v The People”. Spike — a reference to the dangerous protruding SARS-CoV-2 protein that, yes, spikes (and potentially accumulates) in the bodies of people after their vaccination — is of course a term used to describe something that criminals do to people’s drinks in nightclubs.

Many feel that SAGE has indeed had a hand in spiking the lives and livelihoods of people.  The draconian restrictions imposed in March 2020 on the UK population were not implemented in other parts of the world that have had better overall outcomes. The modelling presented by SAGE that fuelled some of the Government’s more futile autocratic flailing has been consistently out of whack. But there is little in the way of humility from key members of SAGE, such as Sir Jeremy, who have huge clout within academia due to the gigantic research budgets that they distribute.

The exit interview had some choice comments. “I began to question the point of giving advice to a body that chose not to use it”, much like the rest of us questioned the point of listening to advice from a body that consistently (and incorrectly) predicted doom. The lament that “it has been hard for scientists” (who no doubt did not get furloughed or lose their livelihoods) will ring hollow for those whose lives were eviscerated by the economic devastation meted out in response to SAGE’s models of doom.

But back to Sir Jeremy. As the readership of these bulletins will appreciate, HART is not averse to writing and publishing in an attempt to document past happenings; in our case, many professionals freely volunteer their time to contribute, a case of all hands to the pump.  What is unclear to us is why, in such a time of national crisis, our hero of the hour would deem it appropriate to top up his not inconsiderable salary — reported to be over £450,000 per annum in 2019 — to write this spiky tome for personal gain.

Let us, however, zero in on a more crucial matter. In his book, Sir Jeremy makes the extraordinary claim that he is agnostic on the origins of SARS-CoV-2: “On a spectrum if 0 is nature and 100 is release — I am honestly at 50!” Sir Jeremy claims to have emailed to Anthony Fauci, the Director of the US National Institute of Allergy and Infectious Diseases (NIAID) in early February 2020. Oh, what agonising choices are thrust upon the beknighted and enlightened leadership! This carefully curated account of agonised fence-sitting in the public interest is embellished by lop-sided reporting by those in receipt of Wellcome Trust grants, for example this fawning review by Mark Honigsbaum, and sits uncomfortably with established fact.

Late in January 2020, a key ‘summit’ conference call was quickly scrambled and held on 1 February 2020. Various senior virologists (and, curiously, Sir Patrick Vallance) participated. This conclave had been called as various senior academics had pointed out that SARS-CoV-2 could not be natural. This would have been a problem for Fauci, as NIAID’s parent, the National Institutes for Health (NIH), had funded controversial Gain of Function research — stitching viruses together to change their functionality — at the now notorious Wuhan Institute of Virology. More than just vindicating the ‘lab leak’ theory, it could mean the novel coronavirus was in fact not an act of mother nature, but potentially a man-made weapon of mass destruction: a chimera created by researchers funded by US taxpayer dollars.

Consider the words of US historian Thomas Frank, writing in the Guardian on 1 June 2021: “If it does indeed turn out that the lab-leak hypothesis is the right explanation for how it began — that the common people of the world have been forced into a real-life lab experiment, at tremendous cost — there is a moral earthquake on the way”.

Well quite. The Fauci / Farrar / Vallance conclave was convened “to try and determine the evolutionary origin. This is not my area of expertise so I have backed off and am leaving it all to [Sir] Jeremy [Farrar]” Fauci emailed to a CDC official on 13 February 2021. But only three days after the conclave, one of the protagonists was confidently able to write an email proclaiming that “the main crackpot theories going around at the moment relate to this virus being somehow engineered with intent and that is demonstrably not the case”, quickly followed up by letters in The Lancet and Nature Medicine promoting the zoonotic (animal) origin theory for SARS-CoV-2:

What is more, the recipient of that email, a Peter Daszak of Ecohealth Alliance, was in fact a recipient of a 2017 NIH grant award that includes specific plans to construct “an infectious clone of full-length MERS-CoV” and specifically “includes funds for activity with Wuhan clone of Institute of Virology, China”. Awkward.

As reported in greater detail in numerous publications such as Unherd, The Bulletin of the Atomic Scientists, the Daily Telegraph and the Daily Mail, this was therefore not a conclusion that could have been reached with 100% conviction only days after being “honestly at 50[%]”. It seems more than likely that the conclave not only rode roughshod over the scientific method, but also jumped to a convenient conclusion.  As Frank continues in his Guardian article: “Because if the [lab leak] hypothesis is right, it will soon start to dawn on people that our mistake was not insufficient reverence for scientists, or inadequate respect for expertise, or not enough censorship on Facebook. It was a failure to think critically about all of the above, to understand that there is no such thing as absolute expertise”.

The NIH has finally — as of late October 2021 — grudgingly admitted that it funded Gain of Function research at the Wuhan Institute of Virology. Perhaps the grand unravelling of the mainstream narrative — hampered for eighteen months, in part, by the actions of Sir Jeremy — will now continue apace.

Those affected by the restrictions advised by SAGE — not to forget those millions (billions?) of people impacted by a possibly man-made virus and the cack-handed global response — will be keen to understand what really happened. History will judge the extent to which Sir Jeremy was a key player in this episode.

Perhaps herein lies the reasoning behind the autobiographical activities of Sir Jeremy, and his departure from SAGE. Regarding the former, it is hard not to think of Churchill’s words: “history will be kind to me, for I intend to write it”. As for the latter — and as the gargantuan cost of the national and international Covid-19 response becomes ever clearer, both in terms of human life and economic damage — it is hardly surprising that the brains of the operation seek to extricate themselves from the stricken vessel.

Perhaps unfortunately for Sir Jeremy and his legacy, plenty of other authors are writing history and publishing their accounts, and he may not be able to disassociate himself from what may turn out to have been some catastrophic decisions.