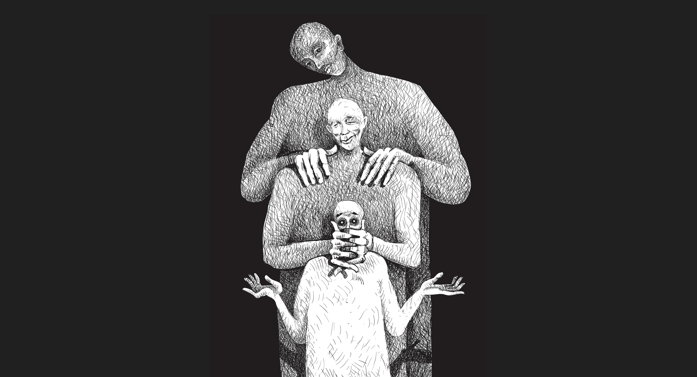 The paternalism of the behavioural-scientists

In a recent article in The Telegraph, Professor David Halpern (chief executive of the Behavioural Insights Team, the UK’s ‘Nudge Unit’) described how he had successfully used a covert psychological strategy to persuade the then prime minister, Boris Johnson, to wear a mask. Aiming to impress upon Johnson that ‘a normal thing for a world leader to do right now is wear a mask’, Halpern showed the prime minister ‘a series of images of pretty much every single world leader wearing a mask, and then a picture with him not’. This approach to behavioural change – formally referred to as a ‘normative pressure’ nudge – relies on the inherent human tendency to actively avoid believing one is in a deviant minority and, like many of the techniques in the behavioural-science toolbox, achieves much of its influence below a person’s level of conscious awareness. This specific example, casually shared by Halpern in a newspaper interview, starkly illustrates much that is wrong in the way that ‘nudging’ has been used throughout the Covid event to increase compliance with public health directives.

Arguably, the major problem with the state-sponsored behavioural scientists is their underlying assumption that they, and they alone, know what’s ‘right’ for us all. Apparently, Halpern feels justified in covertly manipulating a country’s prime minister to wear a mask, presumably fuelled by the belief that in doing so he is contributing to the greater good, shaping Johnson’s – and, indirectly, the behaviour of the general populace – in a direction that ‘benefits’ us all. In the same Telegraph article, our leading behavioural scientist describes his intention to amplify the wear-a-mask message: ‘seeing what other people are doing very strongly influences your behaviour’ and ‘really drives it home’. He then – somewhat sinisterly – equates his covert messaging to that of building a ‘scaffolding’ until mask wearing ‘starts to become more automatic, then you can take away the scaffolding’. Throughout, there is not the merest hint of recognition that the wearing of masks by healthy people in the community is a highly contentious issue, with strong evidence to suggest that this practice is both ineffectual and associated with a range of physical, social and psychological harms.

Another paternalistic presumption shown by Halpern in the Telegraph article is that the ‘collectivist mindset’ (as adopted by Eastern cultures) is superior to the more individualistic inclinations evident in Western societies. This very debatable premise that collectivism – which typically involves top-down state control of the masses – should trump individual rights and freedoms is also championed by other prominent psychological influencers active throughout the Covid event. Stephen Reicher (Professor of Social Psychology at the University of St Andrews and a member of the left-leaning Independent Sage), in a recent opinion piece in The Guardian, argued for ‘reframing mask wearing as a community issue: less about individuals exercising personal responsibility; more about a collective exercising social responsibility, looking after each other, making sure we all come through this well’. So in addition to promoting collectivism, the wording that Reicher employs here is a classic example of the ego nudge, portraying mask wearers as the good guys, and the non-compliers as the baddies.

These self-appointed arbiters of what is in our best interests seem not to recognise the harms and ethical concerns associated with their psychological methods of persuasion. For instance, Halpern enthuses about how ‘for key periods of the pandemic… informal social pressure really started to operate quite strongly on people to wear masks’, apparently unaware that his comments would be construed as a euphemism for the scapegoating and vilification of those opting not to wear one. Clearly, the independent scientific advisor quoted in Laura Dodsworth’s 2021 book, A State of Fear, displayed insight by asserting that ‘The psychologists didn’t seem to notice when it stopped being altruistic and became manipulative’ and that behavioural science has become more about ‘how to make people do what we want’.

Maybe paternalism is not the only criticism we can direct towards these arch nudgers. Halpern has previously highlighted the importance of gaining people’s informed consent before deploying behavioural-science strategies. As a co-writer of the MINDSPACE document, that discusses a wide range of nudges, he states: ‘Policymakers wishing to use these tools … need the approval of the public to do so’ (p74). In his book, Inside the Nudge Unit, he is even more emphatic about the importance of consent: ‘If Governments … wish to use behavioural insights, they must seek and maintain the permission of the public. Ultimately, you – the public, the citizen – need to decide what the objectives, and limits, of nudging and empirical testing should be’ (p375). But now he is arguing that the collectivist, for-the-greater-good, narrative trumps the individualist concept of informed consent, a longstanding cornerstone of ethical practice. Is it reasonable to suggest a seam of hypocrisy here? And was Boris Johnson, the serving prime minister, asked whether he consented to being nudged by the state-funded behavioural scientists prior to being shown the images of masked world leaders?