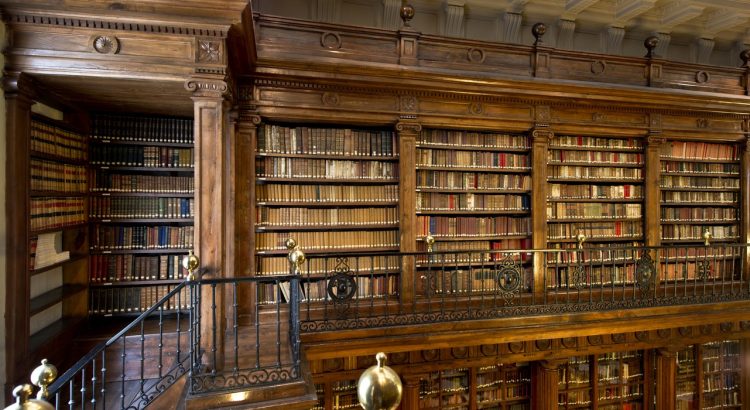 The routes of covid beliefs stretch back far earlier than 2020. A key founding father of one covid myth — that transmission of infections only occurs during close contact — was not one of the usual High Priests. It all began in 1910. The man in question was Dr Charles Chapin, Health Officer of Providence, Rhode Island from 1884 and, in 1926-7, president of the American Public Health Association. He was described by CDC director Alexander Langmuir as “the greatest American epidemiologist.”

He wrote “The sources and modes of infection” in 1910 which became the seminal public health textbook and remained so for decades. The whole book is available online.

I am not going to paint him as all bad — he made an important contribution. He was responsible for the wide dissemination of the idea of barrier nursing. Beds would be separated and patients would be nursed behind sheets soaked in disinfectant which acted as a reminder to take precautions. Equipment would be left by the patient and nurses would wash hands before and after. His promotion of this ‘barrier nursing’ method may well be largely responsible for a reduction in hospital transmission of infectious diseases.

The trouble was he was totally evangelical about it and went far too far.

He carefully reviewed the evidence for each disease in turn but drew his conclusions for all of them together (only making an exception for TB). He was obsessed with saliva as a medium for disease spread.

“Who can doubt that if the salivary glands secreted indigo the fingers would continually be stained a deep blue, and who can doubt that if the nasal and oral secretions contain the germs of disease these germs will be almost as constantly found upon the fingers? All successful commerce is reciprocal, and in this universal trade in human saliva the fingers not only bring foreign secretions to the mouth of their owner, but there exchanging them for his own, distribute the latter to everything that the hand touches. This happens not once but scores and hundreds of times during the day’s round of the indi- vidual. The cook spreads his saliva on the muffins and rolls, the waitress infects the glasses and spoons, the moistened fingers of the peddler arrange his fruit, the thumb of the milk- man is in his measure, the reader moistens the pages of his book, the conductor his transfer tickets the ” lady ” the fingers of her glove. Every one is busily engaged in this distribution of saliva, so that the end of each day finds this secretion freely distributed on the doors, window sills, furniture and playthings in the home, the straps of trolley cars, the rails and counter and desks of shops and public buildings, and indeed upon everything that the hands of man touch. What avails it if the pathogens do die quickly? A fresh supply is furnished each day.”

He saw the need to be emphatic about changing human behaviour – even among his esteemed colleagues.

“I was most of all impressed with the fact that at the International Congress on Tuberculosis in 1908 a large number of the readers of papers moistened their fingers with their tongue when turning the pages, and in each of the sections only one drinking glass was provided for all the speakers; and this continued without protest for a day or two. If the most distinguished investigators and health officials of the world, gathered to study the most important contagious disease, show no appreciation whatever of the importance of contact infection, it is certainly time for some one to be emphatic.”

He desperately wanted others to join in with his germophobic behaviours. The trouble was he couldn’t get through to people because they knew about the evidence for spread through the air.

“In reviewing the subject of air infection it becomes evident that our knowledge is still far too scanty, and that the avail- able evidence is far from conclusive. Yet it is of the greatest practical importance that we should know definitely just what danger there is of air-borne infection and in what diseases it is to be feared. Infection by air, if it does take place, as is commonly believed, is so difficult to avoid or guard against, and so universal in its action, that it discourages effort to avoid other sources of danger. If the sick-room is filled with floating contagium, of what use is it to make much of an effort to guard against contact infection ? If it should prove, as I firmly believe, that contact infection is the chief way in which the contagious diseases spread, an exaggerated idea of the importance of air-borne infection is most mischievous. It is impossible, as I know from experience, to teach people to avoid contact infection while they are firmly convinced that the air is the chief vehicle of infection.”

He conceded that “droplets from speaking” could “float for from five to six hours” and be “carried fifty-five metres along a corridor, and up two flights of stairs, and also a considerable distance out of doors. But then found ways to discount these facts.

“The authors emphasize the distinction noted by others between the larger droplets of mouth spray which contain the most bacteria and which settle out of the air in the space of a few feet from the mouth and the smaller droplets which float for a longer time and may pass to some distance from the speaker, and which alone may be considered as properly constituting an infection of the air.”

He said, it should not be assumed that “because bacteria are observed to fall on agar plates from the air of a room, the air is infectious.”

To bolster his myth that ALL spread was through close contact he had to find reasons to dismiss the evidence of airborne infection.

This is what he came up with:

People believed him. From then on ALL infectious diseases were spread ONLY by close contact.

The only exception he allowed for was tuberculosis. “Bacteriology teaches that former ideas in regard to the manner in which diseases may be air-borne are entirely erroneous; that most diseases are not likely to be dust-borne, and they are spray-borne only for two or three feet, a phenomenon which after all resembles contact infection more than it does aerial infection as ordinarily understood. Tuberculosis is more likely to be air-borne than is any other common disease.”

That might help explain how the catastrophic — and mistaken — assumption that all viral aerosols were plummeting to the ground within about 2m/6ft was made, of course leading the way to one way systems, social distancing and perspex screens.

There we are. Dr Chapin was the founding father of the major myth that all infectious disease (except TB) is spread only through close contact. He was also responsible for fleshing out the myth by introducing the myth of spread only within 2-3 feet of an infectious source.

He knew he had gone too far and included this caveat.

“Infection by Air not Impossible — Since the development of bacteriology, evidence has been accumulating to show that the air as a vehicle of infection is of less importance than was formerly believed. Very little evidence has been found in support of the theory and much against it. It has been definitely proved that some diseases are not air-borne and the evidence against certain others is very strong. While the tendency is thus away from air infection we must be on our guard lest our generalization carry us too far. It may be a fact that most diseases are not air-borne, and yet further investigation may show that certain other diseases concerning which we are still in doubt may be usually transmitted in this way.”

But this warning seems to have been lost in the mists of time.