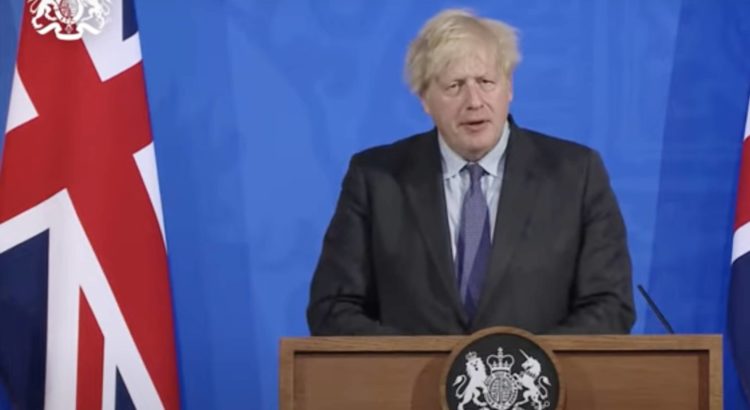 On Monday 14 June, Boris Johnson reneged on the return to normal life from Monday 21 June. In order to justify this further assault on the country a crisis had to be manufactured. The real world data simply does not support what the prime minister claims.

The reasoning for going back on his ‘one-way road to freedom’ promise was given in percentages because the absolute figures are so negligible: “And that is why we are so concerned by the Delta variant that is now spreading faster than the third wave predicted in the February roadmap. We’re seeing cases growing by about 64% per week, and in the worst affected areas, it’s doubling every week. And the average number of people being admitted to hospital in England has increased by 50% week on week, and by 61%in the North West, which may be the shape of things to come. Because we know the remorseless logic of exponential growth and even if the link between infection and hospitalisation has been weakened it has not been severed”.

Let’s analyse this word salad one sentence at a time.

Current hospital numbers are below every one of the predictions from SAGE for this stage of the roadmap. All the predictions include a vaccination effect with the lowest prediction based on not opening until every adult was vaccinated.

The 64% growth was true for a period. Had it been sustained there would have been over 11,000 cases reported on 14 June. There were fewer than 8,000 and these cases are simply positive tests, an artefact of testing, not people ill enough to be admitted to hospital.

The worst hit areas of Bolton, Bedford and Blackburn and Darwen had peak cases on 7 or 8 June and cases have been falling since. Cases are rising in other areas but there is no reason to think they won’t follow the same trajectory as those areas hit first.

Figure 2: Cases in UK compared to a 64% weekly growth rate showing actual cases deviating from that growth rate since 6 June.

This is a lie. There has been a single increase in hospital admissions of 47%. It is simply not true to say the increase has been evident “week on week.”

There are more hospitals in the UK than COVID-19 patients currently in hospital. The equivalent data for Autumn 2020 (in brackets in the above table) shows rapid growth the like of which the government is trying to pretend is happening currently. It is critical to note that (due to discharges) the rise in admissions is not translating into a rise in the number of patients in hospital, which has only increased by 17% in the last week. In fact, at the end of May/beginning of June, admissions and discharges were pretty much in balance and back in April discharges exceeded admissions, despite the dire warnings from SAGE about the re-opening of pubs and schools.

It is clear that the rise in the North West is nothing like what happened in September 2020.

He concluded the decision saying, “And since today I cannot say that we have met all four tests for proceeding with step four, I do think it is sensible to wait just a little longer.”

It is not possible to meet the requirements of the four tests. They were designed to be unattainable. With the amount of testing being carried out cases cannot fall below the required level due to the baseline false positive rate; with endemic disease combined with a number of false positives, R will always fluctuate close to  1 and there will always be the excuse of a new variant to be concerned about.

The BBC went a step further, illustrating the rise in cases with a distorted scale. The logarithmic scale used on this graph has been chosen to manipulate people into thinking there is a significant rise and that the number has doubled more than once. A linear scale shows the reality.

When real world data cannot be used, the government is quick to turn to modelled data, which can say whatever you want it to say, by altering the assumptions it is based on.

The final attempt to stoke fear was a prediction of a large number of deaths. Hancock was quoted this week as saying that in March 2020 they were warned 820,000 people in the UK would die in a worst case scenario. Imperial’s own, pessimistic estimates for the infection fatality ratio at that time was 0.9%. In order for there to be 820,000 deaths, there would have needed to be 91 million infections. More than a third of us would have to catch it twice. This was widely reported with no qualification as to how very wrong that figure is based on what we have learnt since January 2020.

The modellers have been proven wrong time and time again and yet the government is still believing every word of it. The emperor has no clothes.