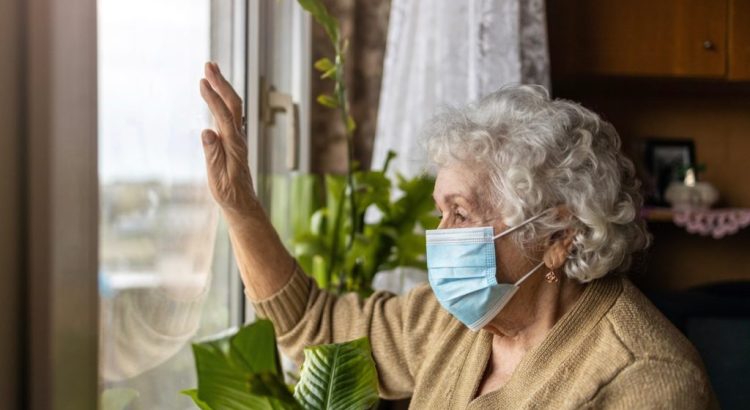 An ongoing issue of human rights

At the end of March 2022, the Government lifted all remaining restrictions to visiting in care settings, with the exception of infection prevention and control measures which would apply during an active covid-19 outbreak. Even during an outbreak, the guidelines state that residents should always be able to receive one visitor – and this need not be the same person throughout the outbreak.

Despite these guidelines, many families are still restricted from visiting family members in care, and support groups continue to report limits to visiting that contravene Government guidelines. The campaign group Rights for Residents undertook a survey in September 2022 among people in England who had a family member in care. 60% of respondents reported additional restrictions over and above the ‘one person’ rule during an outbreak, and 45% of respondents said that visiting restrictions had been implemented at some point since April 1st 2022, even when there had been no known outbreak. Some care homes still require visitors to make an appointment to see a loved one; others continue to confine residents to their rooms during an outbreak. Additionally, the persistent and widespread use of masks in care homes and health care settings, continues to impact upon effective communication with those who experience hearing impairment and/or dementia. Campaign groups and concerned families repeatedly demonstrate deleterious effects on the physical and psychological health of their relatives.

The Joint Committee on Human Rights report, ‘Protecting Human Rights in Care Settings’, published in July 2022, explicitly stated that ‘through and beyond the pandemic, problems persisted with providers following guidance’, and called for the Government to legislate for family members to be able to visit and provide care in all circumstances. While the Human Rights Act (HRA) notes that public authorities must comply with ECHR rights, the Joint Committee identified a core problem, namely, that there is no way for privately funded individuals in private care settings to enforce human rights on the same basis as for those in publicly funded care settings. This absurd situation means that two residents in the same care home might have different legally enforceable rights. The Committee recommended that the Government should consult on extending the protections of the HRA to those receiving care and support from all regulated providers and suggested that this could be done through an amendment of the Care Act 2014. The Committee also cautioned that the Care Quality Commission does not currently have powers to compel care homes to report changes in visiting, arguing that ‘The CQC must make compliance with visiting restrictions a key consideration when undertaking its regulatory and monitoring roles’.

On Thursday 27th October, MPs Dan Carden, Tracey Crouch and Daisy Cooper led a debate in Parliament, entitled ‘Guaranteeing the right to maintain contact in care settings’. Dan Carden MP recounted many distressing accounts sent to him by his constituents and spoke of his own Father’s death from lung cancer. For most of his time in hospital, Dan’s Father was isolated and alone – later telling the family that he had never felt so lonely and neglected, and unable to alert anyone to his basic needs. Esther McVey MP, repeated concerns raised in April at the All Party Parliamentary Group for Pandemic Response and Recovery. At this meeting contributors from the NHS, the third sector and relatives’ support groups expressed deep concerns about the devastating effects of visiting restrictions to hospitals and care homes – in particular, the concealment of neglect and abuse, and widespread safeguarding issues involving medication, hydration, hygiene and a lack of basic care. Responding, Helen Whately MP, newly appointed as the Minister for Social Care, said that she was unhappy with the status quo, and announced that she had commissioned work on the topic. However, Helen Whately is no stranger to these concerns, since she was previously Minister for Care at the Department of Health and Social Care from 13th February 2020 to 16th September 2021, during which time families, third sector organisations and HART campaigned vociferously about the plight of people in care settings. The situation remains unresolved, with no commitment to a change in legislation, nor a timeline for change.

Approaching winter, there will inevitably be outbreaks of covid-19, influenza, other upper respiratory viruses and norovirus. Restrictions on visiting have, in many settings, become the default position, despite the lack of any scientific rationale behind such moves. We must revert to a time in which such outbreaks are an accepted part of winter, and where infection prevention and control strategies do not interfere with a resident’s right to see their family. Workable legal mechanisms for change have been repeatedly suggested and ignored. There is now an urgent need for reform.

The Times reported on the 11th November that Helen Whately has proposed two possible legislative options to ensure care home residents are able to receive visitors. The first would be secondary legislation to give the CQC powers to inspect visiting policies when rating care homes and hospitals. The other option would involve primary legislation to give residents and patients a legal right to receive visitors. Residents’ families are concerned that, in the first instance, the CQC has proven to be dysfunctional in supporting families’ complaints through covid-19, and that this proposal would bring little immediate change. In the second instance, any primary legislation must ensure that residents and patients are not just limited to one visitor – a situation which, throughout the last two years, has forced residents to ‘choose’ between family members. This policy has corroded family relationships and has usurped residents’ rights to a meaningful family life. It is not for providers or the State to decide who can visit, how often, or for how long. Those decisions rest solely with the resident and their families.