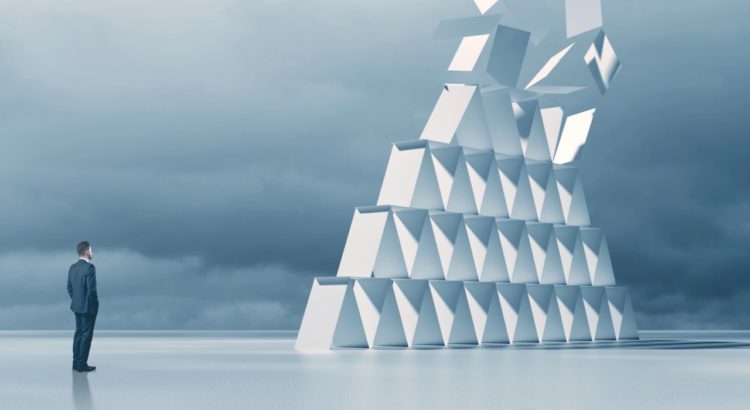 The Covid Doctrine is Incompatible with Inalienable Rights

“The latest ruse in the manufactured “War on Virus” has been to ratchet up the pressure and stir divisions within communities”.

These words were written at the end of November – prior to the announcement of the (allegedly) all-conquering ultra-nasty Omicron variant that was used as the trigger for the UK Government’s Plan B of masks, further restrictions and vaccine passports (the unholy grail).

The Government’s enthusiasm for Plan B had been noted back in September, but the successful relaxation of restrictions in the summer had left it woefully short of triggers for its authoritarian tendencies. With Delta in its ‘Tis but a scratch’ phase, the script-writers chose to denote Omicron as the New Gravest Threat, ultimately enabling them to ram various disgraceful bits of legislation through Parliament, as well as ramping up the booster coercion.

Surely the Branch Covideans have pushed things too far this time? The ‘end-is-nigh’ tub-thumping in December was demonstrably orchestrated. While many grudgingly accepted moronic isolation rules over Christmas due to a ‘positive test’, the furore over the details of the early 2020 Downing Street lockdown party culture has confirmed what many had suspected, namely that official fear-porn was – and continues to be – a complete exaggeration of the actual risks. They told you it was airborne novichok – an all-pervasive silent and flying killer! – while they were busting their moves on the dancefloor.

Against this backdrop of terror, it is no wonder that the prescribed cure has most certainly been worse than the disease. There are numerous stories of individuals guiltily bending the rules to see loved ones; but far more will live with bitter regret about missed goodbyes, relatives that died alone, friends abandoned in their hour of need. These were unnecessary tragedies that can never be undone.

Omicron – by making a mockery of these authoritarian attempts to control respiratory disease – has now compounded the quagmire that the leadership finds itself in. It is now evident to everyone (barring perhaps the most enthusiastic mask sellers) that the dominant short-term symptoms of Omicron are those of a cold. So if Omicron is in fact akin to a severe cold, should it perhaps be treated as such? And what of that masking, testing, vaccinating, mandating, isolating, social distancing and generally doing the precise opposite of every pandemic preparedness plan the world over?

To be clear: we do not know what the future holds, and what the long-term effects of Omicron or a new variant, a new virus, or even from leaky vaccines will be. But we must not sacrifice our humanity and engage in pointless voodoo practices just because some computer modeller said so.

The official narrative is so completely holed beneath the waterline, it is hard to keep up with the almost hourly updates, as various official players attempt to contort themselves into ever more complex post-rationalisations. The Djokovic drama Down Under is a case in point: “Quite possibly the world’s healthiest man has been deemed a danger to public health in a nation where two thirds of adults are overweight or obese by a government that has, at various points over the last two years, done a more than passable impression of having gone completely nuts”. Why has he been singled out? Because he has had the temerity to challenge the vaccine saviour narrative. Heretic!

Yet previous claims that this Pfizer’s wonder juice prevents infection and transmission are dead in the water. One of the biggest ‘gotchas’ comes direct from the company’s CEO, confirming that two shots of Pfizer’s current Covid vaccine “offers very limited protection, if any” and doesn’t “have the safety profile that we hoped we can achieve with this technology”. Apparently a booster dose will provide perhaps a couple of months of protection, before leaving the recipient potentially at greater risk from Omicron. Pfizer’s proposed solution? A new course of Omicron-specific vaccines, of course! It is hard to know whether to laugh or cry.

These truth bombs are beginning to penetrate the previously seemingly impregnable bunker of the Covidean Cult of Safetyism.  How can anyone now doubt how terribly evil it is to foist a blanket vaccine mandate on frontline NHS staff who – let’s face it – probably worked some of these facts out well before Pfizer’s recent announcement? The Health Secretary looked fairly dumbstruck when confronted on this matter by a Consultant Anaesthetist from King’s College NHS Foundation Trust. Javid was hardly going to publicly disagree with the European Medicines Agency, who finally come off the potty and warned that “frequent Covid-19 booster shots could adversely affect the immune response”. Even this will turn out to be positive spin if it turns out that even a single mRNA shot has similar unfavourable outcomes. It is not surprising that nursing and midwifery leaders have referred to compulsory vaccination – and the inevitable walk-out it will trigger – as ‘self-sabotage’.

The Wellcome Trust – headed up by one of the architects of the official narrative – has now come out swinging in favour of common sense: “The best case end game is where it is treated like the common cold, like flu. And on an annual basis, those that are vulnerable get a jab against it – and the rest of us have built up a degree of immunity that protects us sufficiently. And we do live with it”. Which is, after all, how the Covid vaccine was envisaged in the first place: “We just need to vaccinate everyone at risk. There’s going to be no vaccination of people under 18. It’s an adult-only vaccine, for people over 50, focusing on health workers and care home workers and the vulnerable”.

Which brings us to a final point: mass testing. The population does not maniacally obsess about the common cold, or even the ‘flu. Most people keep a watchful eye on symptoms, ensure that they stay healthy during the winter, perhaps taking some vitamin supplements. The obsession with community deployment of wasteful single-use diagnostic tests must be halted. Why were the experts on mass testing – the UK National Screening Committee – seemingly intentionally totally excluded from the design of the UK’s Covid community testing regime? Professor Ehud Qimron, Head of the Department of Microbiology and Immunology at Tel Aviv University, goes one further in criticising his government: “You refused to admit that mass testing is ineffective, despite your own contingency plans explicitly stating so”. It is for a doctor, not a bit of plastic tat, to diagnose illness. If you are ill, stay at home if you can.

Society is going to face bigger challenges than Covid, and indeed – one day – a winter respiratory disease could be a bigger threat than Covid ever was.  Which makes it all the more vital that we face up to the mistakes made and the manner in which dissenting voices were crushed. Most importantly, we need to ensure that democracy is fully restored. Those vital checks and balances on executive power must never – under any circumstances – be dismantled again.