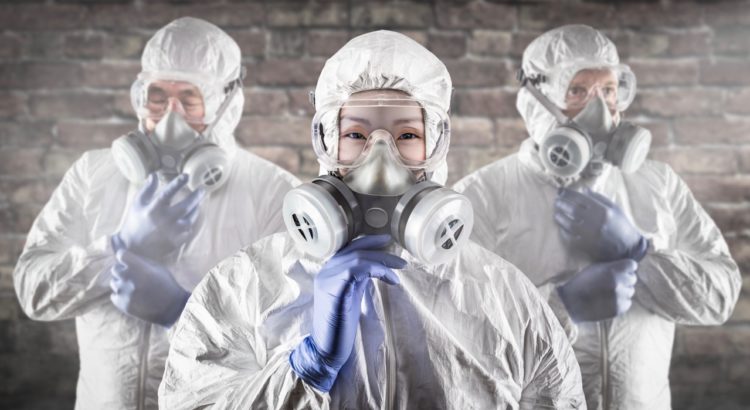 It turns out — not certain at all!

It would seem that Nadhim Zahawi’s most recent promised ‘material’ evidence for his recommendations for face coverings in secondary classrooms is as flimsy as some of the cloth masks our teenagers will need to resort to using, as they do their best to cope with the challenges of learning in 2022.

What is the “material evidence” Nadhim Zahawi, Education Secretary speaks of (TalkRadio Monday 3rd January 2022) for recommending face coverings to be worn in secondary school classrooms and, more importantly, how convincing is it? The government document entitled Evidence Summary: Coronavirus (COVID-19) and the use of face coverings in education settings needs an understanding of ‘modality’ to help evaluate how robust this evidence is.

Modality is a term used in the study of grammar and linguistics to signal certainty.  Verbs qualified with modal verbs suggest whether an event or a claim is possible, probable, likely or certain.  The principal auxiliary modal verbs when placed on a continuum from possible to certain show this range: can, could, may, might, should, would, shall, must and will.

“Manchester United can win the league” is a hedging statement suggesting some caveats to be considered.  However, “Manchester United will win the league” is a definite statement of certainty and expectation. Advertisements make heavy use of modal verbs to sell their products without making claims that leave them open to legal difficulties. ‘Wrinkles can be reduced by up to 50%’ is a possibility of smoother skin that sells the product without over-promising.

Modality may also be conveyed by the use of adverbs. The famous example of “Probably the best lager in the world” steers Carlsberg away from litigation, whilst selling its product as a high quality one – “the best” is what resonates. Other adverbs making clear possibility, obligation and emphasis are: generally, maybe, perhaps, possibly, probably, promisingly, obviously, certainly, clearly and definitely. Again the range from least to most certain shows a continuum of expectation.

A document that is succinctly entitled Evidence Summary is a bold statement: the reader would expect to see certainty of claims, anchored in a secure evidence base and/or data providing concluding proof. However, an examination of the use of language in this particular document reveals a distinct hedging when it comes to the claims being made, in this case an attempt to underpin the government’s policy decision to recommend face coverings for secondary school classrooms.

Below are examples of how the document is using modality to avoid claiming any certainty for its evidence base:

Modality and uncertainty are also conveyed through the use of adverbs as indicated above. An example is contained in this sentence: (researchers) ‘could explore expanding the time-period under study to potentially yield more precise estimates’.  Potentially is another term which pulls back from providing a more assertive claim for an outcome.  Moreover, this is only one of the three examples of the limitations of the evidence in that sentence: ‘could’ is used as prevaricator avoiding being drawn into a commitment to obtaining more concrete data (for the precise estimates – which in themselves, as estimates, are predictive not determined).

There are 42 uses of modal verbs and 18 uses of adverbs on the low certainty spectrum (as explained above). Why is the government presenting its findings in a tenuous and circumspect manner? Modality of language can be tracked in the methodology and findings of its ‘research’ but, more importantly, we can see the limitations of the research itself, which obliges the authors to also limit the claims they can present as evidence.

We learn from the research design that:

The qualifications and caveats above reveal the report is at best a tentative proposal, which has not been subject to the usual quality assurance procedures before publication. The research design points to an insecure hypothesis between mask wearing and attendance rates which was neither explained, tested beforehand nor validated after. The methodologies did not keep the variables stable and therefore did not isolate the variable (masks) they were expecting to be able to analyse and base the claims upon. The results did not provide a secure evidence base to form a compelling case for recommending face coverings.

With these limitations in the research study, a reader would expect to see, as indeed is clear, a report sewn together with tenuous arguments, circumspect claims and qualified results and recommendations. The only way to compose such a report is prolific use of modal verbs and adverbs as indicated above.

Yet the harms of wearing face coverings in educational settings are openly stated in the report and couched in more definite measurable claims and certainty of language:

Note the more certain arguments (some with precise percentages attached) in the above for the harms of mask wearing and especially for children. There are far fewer modal verbs used and the claims are, in the main, unambiguous: ‘were impacted’, ‘negatively impact’, ‘was worse’, ‘led to’. ‘made worse’, ‘more difficult’. The evidence for the harms of face coverings is measurable, precise, unambiguous and certain and the language used for presenting the evidence base, is equally unequivocal.

It would seem that Nadhim Zahawi’s promised ‘material’ evidence for his recommendations for face coverings in secondary classrooms is as flimsy as some of the cloth masks our teenagers will need to resort to using, as they do their best to cope with the challenges of learning in 2022.In conclusion, perhaps we should ponder on the one piece of data expressed as a precise statistic, which might be driving this new guidance, namely: ‘71% of UNISON support staff thought face coverings in schools were an important safety measure’. If our Education Secretary has sacrificed children’s learning and social communication opportunities in schools, to appease Trade Unions, he will have to provide much more compelling evidence that schools are in any way unsafe for children or staff than he currently has. He has stiff opposition in the form of 150 comparative studies, peer reviewed with robust research, which come to the very definite and certain conclusion that, “to date, the evidence has been stable and clear that masks do not work to control the virus”. There is not a whisper of modality in that concluding statement either.