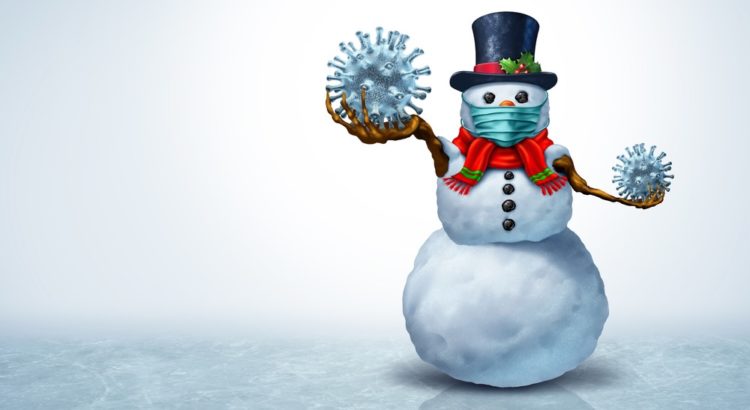 After watching this pattern play out for over two years there finally seems to be an admission that covid is worse in winter. Fauci has said he expects an autumn and winter wave starting in October and peaking in January. The EU Commission has published a document setting out plans for covid responses in autumn and winter 2023.

The implications of the admission that covid is worse in winter include:

The original Imperial model was that we were facing a tsunami of infections because the whole population was susceptible. Only reducing contacts could contain transmission and every relaxation of restrictions would result in a rebound of infections.

They published this graph showing the repeated lockdowns we would need (in blue) because of repeated rebounds (in orange).

However, the slowing in the number of reported deaths each day in spring 2020 was constant such that it could be plotted on a straight line showing no deviation with restrictions. This was compatible with a scenario where only a fraction of the population had been susceptible and the growth had slowed at a constant rate as the virus ran out of hosts to infect.

Similarly not everyone was susceptible to influenza each winter season with 5-15% of people developing antibodies each year. It would take around a decade for a new influenza strain to pass through the whole population and sometimes it would skip a year.

Like with influenza something makes more people more susceptible to covid disease at different times of year. For the USA the northern states saw peak hospitalisations in winter and the southern states peaked in summer.

For Europe, the death rates reach a low each July with peaks in the winter months.

If a further winter surge is seen this year, there would be no justification for trying to introduce restrictions which have been categorically shown not to work.