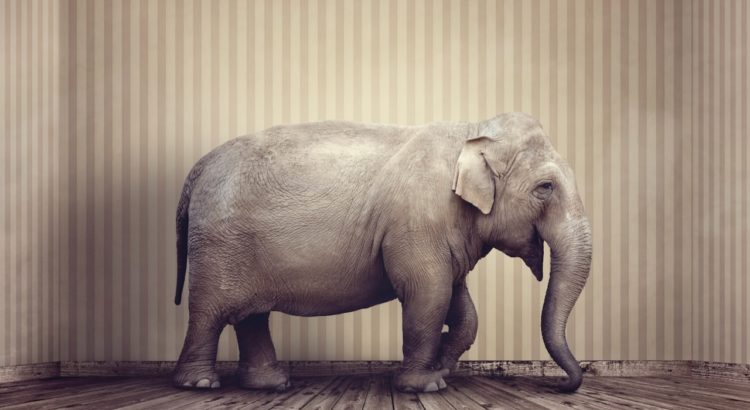 The elephant refuses to leave the room

There have been numerous anecdotal reports of people experiencing frequent episodes of Covid-19 infection, whether or not vaccinated, and there is still no good explanation for why this is happening and whether there are any particular characteristics which predispose to reinfections.

A recent study from Imperial, London of triple-vaccinated health care workers, has looked in detail at the immune responses of those who were infected either before or after vaccination and with which variant. The results are fascinating.

These findings are perhaps not surprising.  Moderna had already shown that its new Omicron-specific vaccine when used as a booster in Macaque monkeys, gave only a boost to their previous vaccine immunity but failed to invoke antibodies against the new Omicron strain. This is consistent with the concept of Original Antigenic Sin, though that particular term does seem to mean different things to different people.

The real question for the team at Imperial is: was there similar immune imprinting following naturally acquired immunity in the unvaccinated? However, an email to the lead author resulted in a rather surprising reply; she agreed this was a vital question to address, but said, “It’s really hard to recruit / capture the unvaccinated HCW.” This does seem rather unlikely, although who knows, perhaps the unvaccinated quit their jobs in anticipation of the mandate that never happened?

For some time now the reinfection rates implied by testing data in the UK have appeared to show higher rates in the vaccinated compared to the unvaccinated.  Take this surveillance report, for example, as discussed here in the substack article.

Of course, as would be expected, a variety of (largely nonsensical) reasons to explain this data were given, the most ridiculous being increased mingling by the carefree vaccinated, whilst the unvaccinated cowered in terror at home afraid of venturing out into society without the protection afforded by the miracle injections.

A new study from Iceland looking specifically at reinfections published as a letter to JAMA, however, appears to provide the latest data confirming the suspicions generated by the UK data.

The Icelanders have a well-organised health system with excellent comprehensive data collection, and have proven to be relatively trustworthy in the way they present their data, even admitting a year ago that natural immunity was a prerequisite to achieving sufficient protection to reduce the threat posed by Covid.

Þórólf Guðnason, Chief Epidemiologist of the Icelandic Directorate of Health, said in August 2021 that “Herd immunity must be achieved by letting the virus run its course”.

The substack writer El Gato has written a piece on this study and points out that the difference between adjusted and unadjusted rates is quite large and the methodology behind the adjustments isn’t described.

However, it’s certainly the case that if the adjustments resulted in the conclusions being worse (for the covid vaccines) than they actually should have been, this would be highly unusual in a major peer-reviewed journal; the tendency has been for adjustments (many without reasonable justification) to be applied to the data which flatter – rather than reduce – apparent performance.

There are, however, some notable omissions::

They combined the never injected (completely unvaccinated) with those who had received a single dose.  One can only speculate why this was done, they certainly would have had the data to allow them to report these groups separately.

They combine the more than 2 doses with the doubly-dosed into a “2 or more” doses group.  Again, one wonders what the data looks like for those boosted compared to others.

As pointed out by El Gato, the timing of the study period is odd, since it stops during a “wave” and well before its peak, and it’s difficult to predict what the effect of that was.  If being multiply-vaccinated increased the susceptibility to infection it seems likely that the observed differences would have increased had the study period extended for the duration of the wave.

It’s important to recognise that the actual clinical significance of an increased propensity to having covid infections is not known.  It might be that it simply means that those individuals are having more episodes of what is (for most) a mild inconvenience, although one which draconian isolation policies is turning into a major drain on essential services such as healthcare, as well as on the economy.

Catastrophic predictions that repeated infections are themselves damaging the immune system do not seem to have a firm empirical evidence base. More worrying however, is that repeated infections may actually be a sign that the immune system has been weakened, which would be expected to increase the likelihood of developing a number of other diseases, both infective and non-infective in nature.

Finally, it is worth emphasising that this adds yet further weight (as if any were needed) to the notion that policies which require vaccination to do something which unvaccinated cannot do, are discriminatory, illogical and unfounded in reality.

It beggars belief that Novak Djokovic – who has natural immunity having already had covid – was deported from Australia as he was unvaccinated, despite a negative test.

As it stands, he will not be able to play in the US open due to start at the end of August for the same reason, though there are rumours that following the complete reversal in CDC guidance as commented upon here, the border rules may yet be changed in time for him to play.

Only a few weeks ago Tahlia McGrath, an Australian multiply vaccinated cricketer, played in the Commonwealth Games Cricket Final in Birmingham following not only a positive test, but one accompanied by symptomatic illness.

One ray of hope did emerge though, perhaps foretelling the ultimate triumph of the human spirit: though she was meant to keep her distance, she couldn’t resist hugging her teammates after they had won Gold, making a total mockery of the pointless rules and restrictions public health officials have attempted to impose.