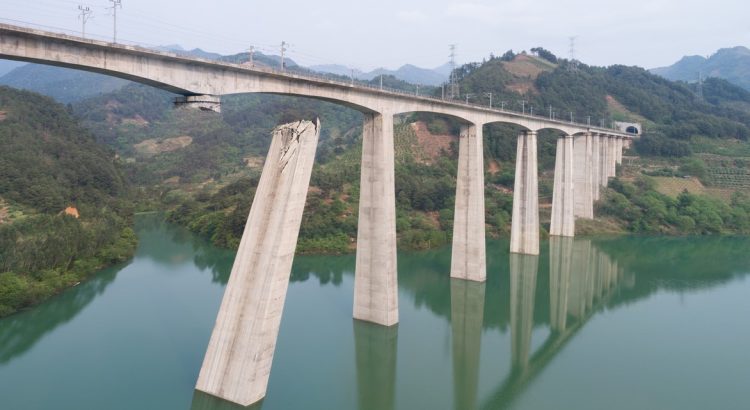 Concerning news about both safety and efficacy of the mRNA products seems to emerge every day and it is impossible to cover everything, so for this article we have selected just 2 notable new pieces of evidence.

Just before Christmas, a new vaccine efficacy study was published with (for the proponents of the mRNA products) some surprising and inexplicable results.

The publication is as yet only available as a “pre-print”, so not yet subject to full “peer-review” (for those who still believe this process hasn’t been corrupted sufficient to render it — at best — irrelevant). The study has been conducted by researchers at the extremely highly-credentialed Cleveland Clinic.

Much has been written about this, and readers are urged to read the substack pieces here, here and here.

The study was a “real world” analysis of covid infection rates following the rollout of the “bivalent booster” in over 51,000 healthcare workers at the clinic (a very large sample). A new infection was defined as a positive NAAT (aka PCR test) more than 90 days after any prior infection. The authors point out that most of these would have been symptomatic since there was never a requirement for asymptomatic testing at this location, with some tests being post-exposure or as part of pre-operative or pre-procedural screening in the small number who were patients themselves.

The results which have been generating such consternation are to be found in this graph, which clearly shows an increasing risk of infection (as defined) with increasing numbers of mRNA injections received. The y-axis shows the proportion of each group who were infected with time in days along the x-axis.

In fact, the most highly dosed appear to have approximately three times the risk of infection as the “never dosed”, a result the authors clearly found quite difficult to explain, coming up with the usual variety of spurious and entirely unevidenced explanations, including test propensity differences and the more highly vaccinated being “less careful”.

Anyone reading this paper critically would actually consider this part of the conclusion to be the most important:

“We still have a lot to learn about protection from COVID-19 vaccination, and in addition to a vaccine’s effectiveness it is important to examine whether multiple vaccine doses given over time may not be having the beneficial effect that is generally assumed.”

Any drug that results in more infections in those given it cannot be claimed to have reduced the risk of infection and therefore a figure for how well it does that, the vaccine efficacy, would have to be negative. However, and quite possibly in order to get the paper accepted for publication, they managed to conclude that the results suggested the bivalent vaccine had 30% efficacy against infection. They do not say what that is compared to, and the description of their calculation lacks the elegance of simplicity and bears similarity to the dreaded “modelling”:

“A multivariable Cox-proportional hazards regression model with bivalent vaccinated state treated as a time-dependent covariate, and time dependent coefficients used to separate effects during and after the period of dominance of the Omicron BA.4/BA.5 lineages.”

These findings are in line with those which the American pharmacy chain Walgreens periodically publish  based on people being tested at their stores. A higher proportion of positive test results are seen in those vaccinated more than 3 months ago than the unvaccinated.

For balance, it is worthwhile pointing out that the very thorough Brian Mowrey who writes the “Unglossed” substack considers that the results are a consequence of Omicron infections in the highly vaccinated “catching up” from the period when the vaccines prevented infections. Whilst theoretically possible, this seems to rely on a degree of trust in the efficacy studies not warranted by the evidence of various design anomalies and data manipulations which suggest that the claimed efficacy — at least in terms of infections — was illusory.

The Cleveland clinic results above reflect positive tests only, whereas surely hospitalisations, ICU admissions and deaths are a much more important measure.  The below table shows these figures for NSW according to vaccination status for the final 2 weeks of 2022.

The rather startling finding is that of the 1415 patients admitted to hospital (for whom vaccination status is known), none were unvaccinated.  The same applied for the 105 admitted to ICU. Out of 88 deaths, only 6 were in the unvaccinated.

(For some time, a small number of deaths have appeared in the unvaccinated column of this report with a much smaller number — sometimes zero — in the hospitalisation column.  This is surprising as it suggests the unvaccinated are dying at home or in non-hospital institutions at a far greater rate than the vaccinated, something which does merit investigation if only to rule out speculation as to nefarious intent on the part of the Australian authorities).

Clearly this is rather an embarrassment to the authorities who continually tout these products as “the best way of protecting yourself and your loved ones from covid-19”.

So what are NSW Health going to do?

They will of course delve deeper into the data, open it up transparently to independent researchers with no conflicts of interest, and reassess policy with a view to changing course away from something which appears to be actively harmful.

“Vaccination status of cases admitted to hospital, admitted to ICU and those who die will no longer be reported.”

This echoes the UKHSA which stopped publishing a breakdown of cases, hospitalisations and deaths by vaccination status in May 2022. In their latest report, however, they do report again on hospitalisations.

For the period from 1st September 2022 to 1st January 2023 96% of the hospital admissions in the over 65 year old population were vaccinated, according to the week 2 COVID-19 vaccine surveillance report. This compares to a UKHSA estimate that a total of 94% of over 65 year olds were vaccinated. Not much sign of any efficacy there.

The vaccine surveillance report, however, continues to claim: “Among those aged 65 years and older, VE [vaccine efficacy] against hospitalisation peaked at 89.5% before waning to 60.7% at 40 weeks or more after receiving a booster vaccine.” This claim is supported by a UKHSA study in which the criteria for an Omicron-related hospitalisation had to be amended from that used for the earlier variants in order to demonstrate more than minimal efficacy.

Real World data continues to tell a very different story to the one promulgated by official sources. When the data from these sources started to show higher rates in the vaccinated in Iceland, Ontario, Scotland and England, authorities responded by simply stopping publishing the data. There is no longer any evidence in the real world data to suggest vaccine efficacy even approaching the claims made by official sources.