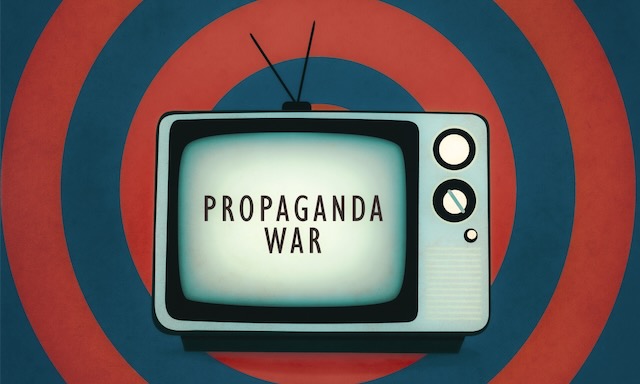 The urgent need for an ethical framework

The ubiquitous deployment of behavioural-science techniques – ‘nudges’ – to increase compliance with both covid-19 restrictions and the vaccine rollout has raised major ethical concerns. Particularly alarming has been the state’s strategic use of fear (or ‘affect’ in the language of behavioural science), shaming (‘ego’) and peer pressure (‘norms’). The tentacles of behavioural science have extended beyond the arena of pandemic management and into many other areas of day-to-day life, including debt collection and the green agenda. Given their widespread prevalence and the profound ethical questions associated with them, it is imperative that the Government’s deployment of these powerful techniques adheres to a robust and transparent ethical framework. Alarmingly, politicians and state-sponsored behavioural scientists have – to date – displayed a stubborn reluctance to discuss these issues.

A robust ethical protocol to guide and constrain future state ‘nudging’ would incorporate four core elements. First, a requirement to consider the moral acceptability of the methods per se, with a view to limit (or prohibit) the more aversive techniques of persuasion. A government strategically inflicting emotional distress on its citizens, as a way of achieving compliance with its agenda, does not sit well with what one might reasonably expect from a civilised Western democracy. Indeed, it can be argued that, in some respects, such tactics resemble those used by totalitarian regimes where the state inflicts pain on a subset of its populationt in an attempt to eliminate beliefs and behaviour they perceive to be deviant. The strategic use of fear, shame and peer pressure can also result in unintended consequences, including: a significant increase in non-covid excess deaths due to people’s fear of attending hospitals; a marked increase in community anxiety and associated mental health problems; the premature death of elderly people due to loneliness; and the vilification of minority groups such as those who have declined the vaccine.

Second, ethical questions arise from the lack of transparency; many of the nudges employed impact on their targets below their level of awareness. This is in contrast to the more conventional methods of government persuasion, which rely mainly on information provision and rational argument. This covert mode of action lends weight to the accusation that these behavioural-science strategies are manipulative.

Third, the perceived legitimacy of using subconscious nudges to influence people may also depend upon the behavioural goals that are being pursued. It is questionable whether the deployment of fear, shame and peer pressure to achieve compliance with unprecedented and non-evidenced covid-19 restrictions would have found favour with the British people, while they would more likely find them acceptable if the goal was – for example – to reduce violent crime.

The fourth – and, arguably, the most important element – concerns the issue of informed consent. Throughout the covid era this cornerstone of ethical clinical practice has been spurned, the British people enduring state coercion around masks and vaccination, alongside a relentless bombardment with behavioural-science weaponry. If large sums of taxpayers’ money is being spent on nudging, citizens have a right to be consulted as to the appropriateness and acceptability of these strategies of persuasion.

The development of a fit-for-purpose ethical framework to constrain future state-sponsored nudging could be accomplished in two stages. In the first instance, there is a need to clarify the key structures and processes involved in the decision-making around how behavioural-science interventions were utilised during the covid era, so as to reveal where the responsibility lies for both the Government’s covid-19 communications strategy and the nudges used to drive it. How many behavioural scientists are currently employed in each government department and at what cost to the taxpayer? Where, and by whom, were the key decisions made about the content and tone of the media campaign? Did the Government refer to any ethical framework when developing their covid-19 communications strategy?

Once there is greater clarity about the existing machinations of the Government’s nudging machine, the second objective would be to develop a bespoke set of ethical guidelines and/or processes to inform and constrain how the state uses behavioural science in the future. As a minimum, any such protocol should incorporate ways of: achieving the informed consent of those targeted; evaluating the acceptability or otherwise of the methods used; determining an acceptable level of transparency; and clarifying what kind of goals could be appropriately pursued using these methods.

In developing appropriate guidance for the state’s use of nudging, a number of existing ethical frameworks can be drawn upon and adapted; for example, the Seedhouse Grid, developed to promote ethical decision-making in healthcare and a seven-category model for distinguishing between consensual and manipulative forms of ‘organised persuasive communication’.

For the last 30 months the British Government has inflicted an unrelenting onslaught of psychological manipulation on their own citizens, deploying often-covert forms of behavioural-science techniques. It is imperative that we learn as much as possible from this unprecedented period of state-sponsored persuasion and develop a fit-for-purpose ethical framework so as to protect against any future attempts by the administration to induce us to do ‘the right thing’ using morally unacceptable strategies.