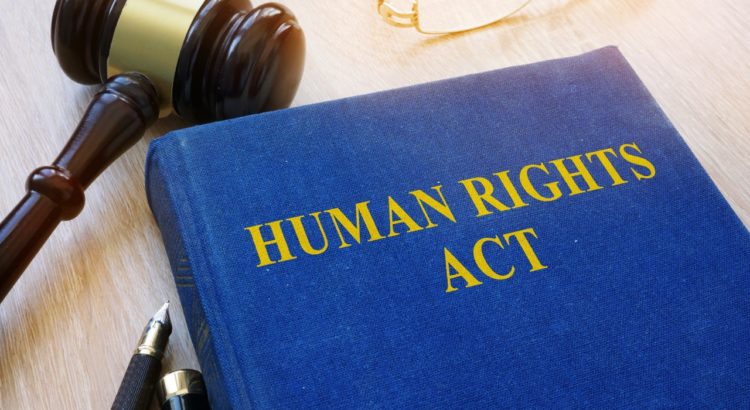 Another step towards authoritarianism?

The Government is currently undertaking a review of the Human Rights Act (HRA)(1998) and has published a consultation document that describes why it believes change is required, together with its specific proposals for what should be included in a new ‘Bill of Rights’. Given the state overreach witnessed over the last two years under the guise of covid-19 restrictions – involving unprecedented infringements of people’s core rights and freedoms – the timing, rationale and content of the review should concern us all.

The 113-page consultation document discusses what the Government perceives to be the inadequacies of the existing human rights legislation. A central component of its dissatisfaction is what it sees as a current overreliance on the European Court of Human Rights (ECHR) in Strasbourg rather than on our UK courts, resulting in mission creep where the HRA is used for more and more purposes, thereby undermining the authority of our elected lawmakers. In particular, the Government wishes to counter the ‘living instrument’ doctrine of the ECHR that permits evolving interpretations of human rights as cultural norms change, leading beyond a focus on restraint and into ‘positive obligations’ to behave in certain ways. These extended powers, it is argued, unhelpfully constrain our public services (who fear being drawn into costly human rights litigation), undermine our national security (by making it more difficult to deport criminals and terrorists) and have led to the public losing trust in the system.

Based on these assumed deficiencies, the consultation proposes a number of revisions to the existing human rights legislation, including: a ‘permission stage’ to filter out complaints that are ‘frivolous’ or ‘trivial’; a greater emphasis on personal responsibility, as indicated – for example – by considering an individual’s criminal record when adjudicating a human rights claim; a strengthening of the protections around freedom of expression, proclaiming that this basic right should only be infringed in ‘exceptional circumstances’; and increasing the power of domestic legislation by making the UK Supreme Court the ‘ultimate judicial arbiter’.

The Government’s direction of travel, as indicated by this review document, is alarming. Despite inclusion of the statement that ‘We accept that government should be restrained by the protection of fundamental rights’, it is astonishing that there is no recognition of the state’s unprecedented two-year assault on the basic human rights of the British people, in the form of lockdowns, mask mandates, coerced vaccination and vaccine passports. Furthermore, while highlighting the importance of ‘freedom of expression’ for a ‘free and vibrant media’ that ‘preserves the space for wide & vigorous democratic debate’, the document fails to mention the extraordinary levels of censorship of views that counter the dominant covid-19 narrative witnessed across the mainstream broadcasters, social media platforms and academia. And, despite electronic surveillance – a likely facilitator of more state control over our daily activities – intruding into more and more areas of our lives, there is barely a mention of it in the consultation document.

Ominously, as a way of justifying the proposed changes to the human rights legislation, there is repeated reference to ‘the wider public interest’, ‘the rights of wider society’ and other similar terms. Even when claiming to be supportive of freedom of expression, the Government, when adjudicating on the acceptability of a person’s comments, qualifies this intention by stating that, ‘Where Parliament has expressed its clear will on issues relating to the public interest and the exercise of public functions, this should be given great weight’. So it seems that it supports free speech, so long as it corresponds to the Government’s perspective. HART believes that a primary function of human-rights legislation should be to allow people the freedom to express non-mainstream views; clearly, our political rulers do not concur. And we should never forget that appeals to the ‘greater good’ have characterised some of the most heinous regimes of the 20th century.

In conclusion, after two years of Government-inflicted human-rights violations, we urgently need to find an effective way of defending our basic freedoms. Clearly, the existing HRA has failed to deliver this protection from the powers that be at a time when it was most needed. Given this situation, the priority goal should be to develop a system – comprising both human rights legislation and a process of implementation – that safeguards the basic human rights of citizens, including those expressing minority views. In stark contrast to this aim, the consultation document suggests that the Government’s intention is to further dilute current human-rights legislation and gain even more control over how we live our lives. Although unlikely to be heeded in the short term, HART believes as many people as possible should make their views known by responding to the consultation (here).  Visible dissent, in whatever form, seems – ultimately – the only way to reverse the Western world’s decline into authoritarianism.