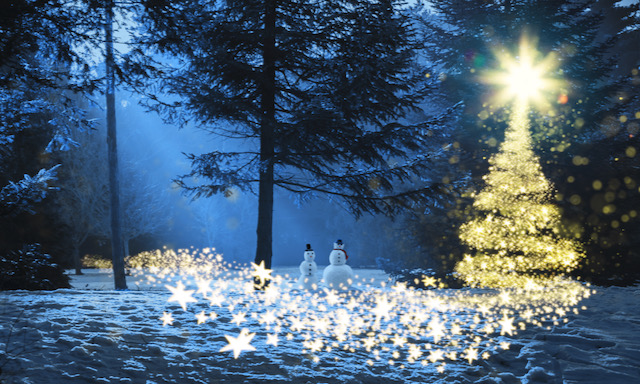 It could have been so much worse

There are six fundamental characteristics of the covid pandemic, which if they had panned out differently, could have caused very negative effects. There are reasons to be very grateful that things have turned out the way they have. Was it just luck? Were these covid miracles?

Miracle 1 – the sparing of the children

Influenza kills children every winter. Even healthy children and those who survive may come close to dying spending time needing intensive care treatment. The defining feature of a pandemic used to be that there were excess deaths in the young population. Spanish flu caused the highest increase in mortality in people in their 20s and 30s but the impact on children was also significant.

The number of influenza deaths in children reported to the CDC is lower than the annual deaths labeled as “with covid” seen in children. SARs-CoV-2, like SARS1 and MERS, spreads efficiently in hospitals and many of the children who have died with SARs-CoV-2 may well have died from other conditions that they were fighting at the time. The Paediatric Intensive Care Audit Network make clear saying “It is not possible to say that any of the deaths on PICU were as a direct result of COVID-19, merely that these children had a COVID-19 positive test prior to or during their PIC admission or at post-mortem.”

When faced with a virus with novel elements adults would be expected to fare better than children because their immune systems have had more training. However, with respect to SARs-CoV-2 adults

Although the media have hyped harm to children as much as possible, we should be grateful that the harm from the virus is so much less than it could have been. It is worth remembering that substantial harm to children has resulted from policy and that this exaggeration of the impact of the virus on children is the direct cause of that.

Based only on the genetic sequence of the coronavirus one might conclude that it would have a high mortality rate. The spike protein is very similar to the SARS1 spike protein which had a case fatality rate of over 50% for the over 60s – more than half of those over 60 diagnosed with SARS1 would die. The overall rate for all age groups was 13%. The SARS 2 spike protein is composed of two halves which have a 64% and 90% identical protein coding sequence. There is also similarity with MERS which had an overall fatality rate of 43% (admittedly in the absence of a mass population screening programme).

As if that was not enough of a concern, there is a region within the spike protein, not seen in other coronaviruses, which codes for a 20 amino acid sequence which is identical to the region of the toxic shock syndrome protein that can bind directly to T cell receptors, triggering cytokine cascades.

However, despite these hypothetical concerns the mortality rate for those diagnosed as a case has been far lower than for these other conditions.

The data presented above for June does not take into account booster vaccinations, early treatments and Omicron being less dangerous than earlier variants. Remember these figures are calculated based on every ‘covid death’ including those where covid may well have been a bystander infection as often occurs with respiratory viruses.

There is every reason to be grateful for the low relative mortality of SARs-CoV-2.

Miracle 3 – low susceptibility to each variant

When faced with a virus that includes novel elements there was a fear that the entire population would be susceptible. This worry formed the basis of the prediction of 510,000 deaths in UK and 2.2 million in USA from Ferguson. It also informed the model which dictated that there would be a continuous threat that could only be overcome with lockdowns and vaccines. In retrospect lockdowns had no discernible impact on the trajectory of any variant.

The measles model of close contact transmission and continuous spread throughout the year has been proved wrong. SARs-CoV-2 has instead followed the influenza model where only 5-15% of people are susceptible to any one variant and new variants returning in seasonal surges. When Asian flu arrived in 1957 there was a belief that the whole population could be susceptible and that there may be another Spanish flu type pandemic. However, it was a full decade before that influenza strain had worked its way through the whole population such that there was herd immunity and that strain was replaced with a different influenza virus.

Although most of us will be infected at some point, the outcome had everyone been susceptible to the Wuhan variant would have been much worse.

The disappointment of the vaccines is no reason for people to increase their fear of the virus. For over a year now, there has been compelling evidence of the efficacy of Ivermectin as an early treatment and prophylactic against SARs-CoV-2. It has been posited that it works by:

The latest Pfizer drug, Paxlovid (aka Pfizermectin), uses one of the ways Ivermectin reduces viral replication as its action but has no other function. Like all antivirals and antibacterials, use of it as a sole agent will lead to viral evolutionary pressure and selection of variants resistant to the drug. This risk is minimal for Ivermectin because of its multiple potential mechanisms of action.

Another cheap and safe drug that was shown to be effective in early treatment was Budesonide but doctors have been prevented from prescribing this for their patients. There was a concerted effort to suppress evidence of Ivermectin, exemplified by the discussion between the two lead authors on the conflicting meta-analysis papers of Ivermectin effectiveness in the transcript here and on the original video here. The US media tried to discredit Ivermectin by calling it horse medication and were helped in this endeavour by the FDA. Since when do scientists try to disparage a drug because they believe it to be ineffective rather than provide evidence in the form of a clinical trial? A year on from Pierre Kory’s presentation to the US Senate, where are the trials on Ivermectin carried out by western doctors? The PRINCIPLE trial of Ivermectin was set up in January 2021, in Oxford, but not only has it reported no results yet, it is said to be on hold because of supply issues.

Miracle 5 – lockdowns had no impact on spread

Reducing social contacts will reduce the spread of a virus which is spread through close human contact. That is as far as most people’s thinking goes on the effectiveness of lockdowns. However, the evidence is clear that lockdowns did not change the rate of spread of the virus. There was a constant rate at which viral spread grew and then declined and, looking across the world, no deviation can be seen in that straight line due to the imposition of interventions. The UK spring interventions were timed to come close to coinciding with the peak of infections but the peak was earlier in urban areas and later in more remote areas showing that it really was a coincidence and careful analysis shows that case growth was falling well before the first lockdown such that it cannot  be regarded as causative of any reduction in spread. Global analysis also shows a peak in cases occurring either too late or too early to be attributed to lockdowns. The modelled rebound in cases has never occurred after restrictions have been lifted.

The model of close contact transmission therefore was faulty. The principal theories of transmission through droplets or from surfaces have since been replaced with acknowledgement that SARs-CoV-2 spreads through the air. With each infected patient exhaling 100,000 particles every minute, it is easy to see how the air can quickly become full of virus. Every winter indoor environment contained sufficient influenza virus for everyone to be exposed to influenza every winter. When viruses spread in this fashion, everyone is exposed and it is prior immunity that prevents everyone from becoming infected. The majority of people who are susceptible to a particular variant will be infected at some point during that variant’s wave. It is possible that a draconian reduction in social contacts may be able to delay that inevitability, but at what cost?

If lockdowns had had a dramatic impact on spread with a consequent reduction in harm from the virus, there would be a complicated weighing up of risks versus harms. As it is the equation is simple – only harm resulted – making the battle against lockdowns an easier one to fight.

Miracle 6 – the protection of the individual by vaccine

The vaccine-saviour narrative of reaching herd immunity through pharmaceutical intervention should have meant us seeing the back of the pandemic by now. However, vaccines have done little if anything to stop infections or transmission.

It is worth taking a moment to consider how much harder it would have been to argue for the fundamental principles of medical ethics if there was good evidence that vaccines benefited others and not just the individual. These principles, as laid down in the Universal Declaration of Bioethics and Human Rights include medical interventions only being carried out if they are compatible with the best interests of the patient, bodily autonomy and informed consent. These principles should be defended regardless of the efficacy of a vaccine, but in the midst of hysteria, the fact that the vaccines do not stop infections and transmission definitely makes that argument easier to win. Having won it, these principles must somehow be enshrined yet further, such that they cannot be overturned in future when the situation may not be as clear as it is today.

We can be very grateful that at that time there was no blurring of the line between right and wrong in regards to vaccine passports and vaccine mandates.

Covid is not a grave danger to children, is not as lethal as may have been expected, is not able to infect everyone with each wave and there are effective early treatments that can save lives. For these we should be hugely grateful. Additionally, the fact that restrictions on human behaviour and vaccines (and therefore vaccine passports) have no impact on spread makes the path between right and wrong on these issues much clearer and easier to campaign on. There is no justification for further restrictions or for the implementation of vaccine passports. The seriousness of the impact such policies could have on our future and that of our children means that this clarity is something to be eternally grateful for. This Christmas we can all give thanks for the covid miracles.