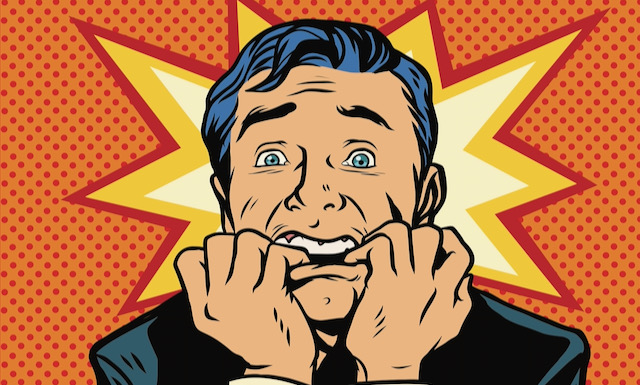 The harm from covid derives mainly from pathology caused by the spike protein and the immune system’s reaction to it. The spike protein acts directly on vessel lining cells causing the clotting issues that can lead to death, and also binds directly to T-cells, triggering the cytokine storm that can also kill. The latter part of the spike protein contains a genetic sequence identical to the region of the toxin from toxic shock syndrome that causes the same problem.

The Omicron spike protein has several mutations in the area of this toxin-like part of the spike protein including ones that will alter the protein’s shape. When proteins change shape it inhibits their ability to bind. Therefore, people catching Omicron are less likely to die from cytokine storms. Indeed, South Africa, who have seen high mortality in previous waves, have seen far fewer deaths with Omicron. Cases are now at the same level as their previous July peak but deaths are less than one tenth of the level seen at that point.

It is only 20 amino acids from the toxin that are included in the spike. Oddly they are right next to the region called a “furin cleavage site” which can be a marker left behind after humans deliberately insert genetic material into a virus. Other coronaviruses do not contain these toxin sequences.

The same sequence could have different properties once inserted into a virus. Although the spike protein has not been described as a potential bioweapon, the toxin (Staphylococcus Enterotoxin B or SEB) has been with the following description of potential effects:

“Symptoms of SEB intoxication include a sudden onset of fever, about 40 °C to 41 °C, chills, headache, myalgia and a non-productive cough. Some patients may develop shortness of breath and chest pain. Fever may last 2-5 days and cough may continue for up to one month. Patients may also present with nausea, vomiting, and diarrhea when the toxin is swallowed”.

Despite the likely lowering of the threat from covid and despite the threat to individuals already being incredibly low for the young and healthy, people are queuing up to have genetic material which causes the body to create the whole original spike sequence injected into them. The risk of infection immediately after vaccination is higher and this appears to hold true for boosters too. If this is due to hampering the immune response, then people infected in that period may well be at greater risk of complications from infection too. It is apparent now that vaccination leads to the immune response being driven by antibodies to the spike protein, the very protein that is most variable between variants. UKHSA have pointed out that antibodies to the other viral proteins (e.g. nucleocapsid) are low in those who are infected after vaccination.  In contrast, the unvaccinated develop a wide ranging antibody response when exposed to the whole virus. The phenomenon of an immune response being restricted to the antibodies stimulated by the first encounter with a foreign organism is known as “original antigenic sin”.

Perhaps, though, it wasn’t such a good choice. The principle of immunisation is to use an inert part of the virus to provide immune protection — not a part that causes the pathology.

There are now plans for everyone to have a further three dose course of vaccination against the Omicron variant. The vaccine will be available from March 2022. By the time a three dose course is completed Omicron will be long gone. Will the plan then be to continue this charade with another past-its-sell-by-date three dose course for the next variant?

Every winter we see a surge in respiratory virus infections in December. In the years BC (before covid), these were usually caused by influenza, but sometimes also by other coronaviruses. Currently the dominant seasonal respiratory infection is SARs-CoV-2. Like influenza, the virus mutates and so some winters will have worse deaths than others. Overall the coronavirus family cannot mutate as quickly as influenza so there is little room for much variation. Nevertheless with every variant there has been a wave of panic that it will be both more transmissible and more deadly

Omicron does appear to be more transmissible than Delta… but this is not necessarily a bad thing. New variants are always more transmissible than their predecessor at the beginning of a wave, and we want our surrounding virome to be dominated by ‘mostly harmless’ viruses, not highly lethal ones. Even so, ultimately, only a fraction of the population will be susceptible to Omicron, as with any variant.

In terms of hospitalisations and deaths, it will (as ever) depend on how these are measured. Last winter hospitalisations and deaths were massively exaggerated due to overdiagnosis of patients breathing contaminated hospital air but with no covid symptoms. Overdiagnosis was evident in the high proportion of missing non-covid death certificates that were replaced with covid as a cause of death as shown in figure 1. Overdiagnosis was in part due to testing for only 2 genes not 3 and, like alpha, that is the intention for Omicron too.

As there is almost every year since time immemorial, there will be a December surge in cases of respiratory disease, hospitalisations and deaths. Many people who pass away from natural causes will be diagnosed as having died“with Omicron”, but their death will not be due to Omicron. The last two years of these people’s lives will have been made a misery by unnecessary covid restrictions, and it would be a travesty if further restrictions limit their families’ ability to celebrate their lives appropriately.

Given what we know already, there is every reason to expect fewer deaths ‘due to’ Omicron than were seen last winter due to Alpha although the overall total once deaths “with” Omicron are included may well be similar.

Unfortunately there is also every reason to expect continued attempts to fan the flames of hysteria rather than increase hospital capacity.  Out of respect for our elders and those who are grieving lost loved ones, we have a duty to resist panic and hysteria.