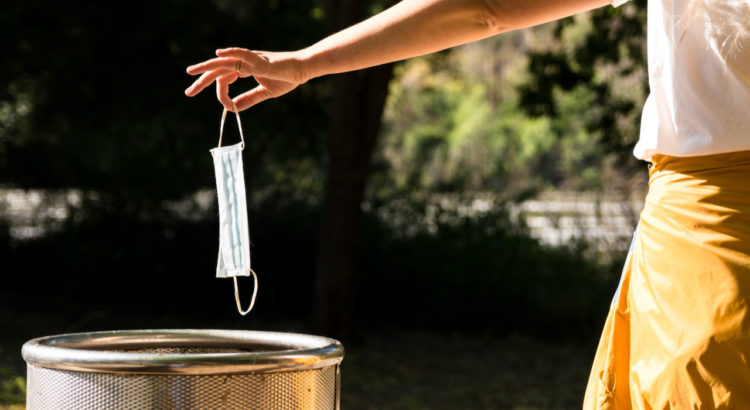 HART member Gary Sidley has written numerous articles on the imposition of masking for the general public, despite poor evidence that masks work and plenty of evidence of harm.  In an excellent recent article in the Critic,  he has criticised the ongoing use of masks in health care, the one setting where evidence-based practice should surely prevail and a setting where many users would fall in the categories listed for exemptions.

As the mask mandates have been relaxed, it has been interesting to see the very rapid fall in mask usage, suggesting that most wearers are not doing so because they genuinely believe that masks are useful.  We are all aware of the way most masks are worn, being pulled up and down frequently, below the nose, presumably for the comfort of the wearer and below the mouth when trying to communicate.

The lack of rigorous trials, outside of the laboratory, has been woeful, considering the wide impacts of these non-pharmaceutical interventions.  Denmark and Bangladesh remain the only two countries to have carried out a randomised controlled trial and both with poor evidence for benefit.  In Denmark, the absolute risk reduction in infections by the mask wearers was only 0.3% (2.1% in the control group and 1.8% in the masked group, p=0.38)  but of course the authors had to point out that a larger study might have shown clearer results, and also had not looked at ‘source control’, the famous Matt Hancock line ‘I wear my mask to protect you’.  The Bangladesh trial was much larger (342 thousand villagers in a cluster control trial) and they similarly showed a 1% reduction in ‘COVID-like symptoms’ overall, with only 0.7% reduction in the villages using cloth masks. In particular, the only age group with apparent benefit was the over 60s, whether because they were more compliant with mask usage or because they were altering other aspects of behaviour, who knows.  This study has recently been reviewed by Professor Norman Fenton, whose Bayesian analysis again highlights the lack of efficacy, showing only a 52% likelihood that infections were reduced by mask wearing i.e. a 48% possibility that infections were increased.

Many have suggested that even if benefits are small, anything is worth it and masks are simple to use.  But this assumes no harm.  The impact on fear and anxiety, preschool language development, teaching and learning in schools, communications for the hearing impaired, have all been covered extensively.  But what of the potential for physical harm?

Zacharias Fögen has analysed deaths in multiple counties in the state of Kansas with very concerning results. A previously published study had reported a reduction in case rates for those counties implementing mask mandates.  But Fögen’s detailed analysis looking also at death rates suggests that any benefit from lower case rates is more than offset by a higher case fatality rate, with a 52% overall increase in death rates for counties with mask mandates. In the discussion section, he hypothesises “the “Foegen effect” theory; that is, deep re-inhalation of hypercondensed droplets or pure virions caught in facemasks as droplets”. He cites supportive animal data and also a randomised trial showing high flow oxygen via nasal cannula superior to face mask oxygen and considers whether rebreathing of micro-organisms could be relevant. He questions whether high case fatality rates amongst hospital staff in Italy, could have been worsened by infected staff continuing to work whilst wearing PPE.

Another potential for harm has been the discovery of microplastics in lung biopsy material. Samples of tissue taken at surgical procedures were studied using infrared spectroscopy and with very thorough quality control.  Several different microplastics were identified deep within lung tissue in all samples examined.  The paper referred to the ubiquitous and unavoidable human exposure and concerns regarding the potential health hazards associated with microplastics ingestion, dermal contact, and inhalation.  Interestingly face mask usage was not mentioned as a recent cause of exposure, perhaps in an attempt to avoid the FactCheckers!

On a lighter note, Imperial College Healthcare NHS Trust has forged a ‘pioneering partnership’ with PPE manufacturers to recycle facemasks into ‘new products for the NHS like operating theatre clogs, plastic bedpans, medical scrubs and even prosthetic finger joints’.  Given the current heightened population fear, you wouldn’t want to be the surgeon trying to get informed consent (or perhaps SARS-CoV-2 viral arthritis would be relegated to the vanishingly rare and never make it to the patient information leaflet!).