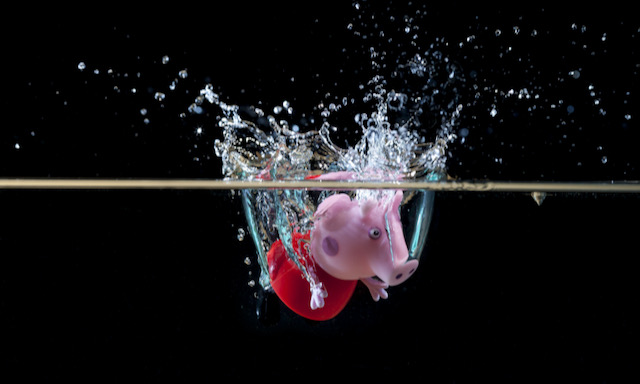 Is no-one safe from the tentacles of the state’s propaganda machine? Can’t they just leave those kids alone?

One of HART’s favourite children’s characters has been unwittingly – and we might say unethically – weaponised in a ‘drive by’ vaccine product placement advertisement.

Few will be unaware of Peppa Pig who – along with her younger brother George – appears in regular cartoon episodes, as well as – admittedly less often – excruciating Prime Ministerial emanations.  Peppa was created by the animator duo Mark Baker and Neville Astley in the early noughties and has been a huge success.  The brand (now owned by Hasbro) is very popular with children and adults alike: the latter presumably appreciating the humorous stereotyping of a happy – if slightly dysfunctional – family.  Peppa Pig is, apparently, the “the number one licensing publishing brand in the UK” and special stories have been published in support of NHS Covid-19 charities.

Peppa also featured in a slightly tongue-in-cheek feature in the British Medical Journal in 2017, in which it is noted that her show “conveys many positive public health messages, encouraging healthy eating, exercise, and road safety”.  The article received many informative responses, several of which include some of the earliest mainstream references to zoonotic spillover in the context of a global pandemic.  Prophetic… or remarkably early attempts to frame the narrative.

But It is rather odd – and surprising – that a run-of-the-mill 2021 episode of Peppa Pig, entitled “Health Check” – which sees Peppa and Mummy Pig go for a check-up at the local health centre – has been given a fundamentally different slant in a version entitled “Peppa Gets a Vaccination”.  The two stories are essentially identical, except that in the latter a request from Dr Polar Bear for Peppa to jump up and down (presumably to encourage regular exercise?) is replaced with a vaccination (against an unspecified disease), which is then summarily administered on the spot.  After the (in this case veterinary) intervention, the family are asked if they have any questions, and then the inevitable reward stickers are issued.  The cartoon life of Peppa Pig is clearly never going to map completely accurately to real life, but by-passing the informed consent stage of a medical procedure is unhelpful.

A particularly egregious element is the simplistic message encapsulated in the following exchange:

Dr Polar Bear: “Do you know why we have vaccinations, Peppa?”

Peppa puts her hand up: “Yes! They stop us from getting ill, and that helps the people around us, too”.

The exchange is troubling.  While ‘stopping us from getting ill’ is precisely why one might consider giving a child a medical intervention, it is not ethical to proceed if said intervention does not, in fact, pass the ‘Ronseal’ test.  If the primary driver of the intervention is helping others then one is on very shaky ethical ground.  Children must not be deployed as human shields.

One should be careful not to read too much into what is otherwise a relatively unremarkable episode of a children’s TV programme.  However, this not-so-subtle change begs various questions.  Why would one go to such lengths to take an existing story and republish it under a new title?  This second version of the story was published on 30 September 2021, the same month which saw the UK Chief Medical Officers’ inexcusable and unexplainable decision to proceed with Covid-19 injections for 12-15 year-olds.  Unfortunately, UK authorities have a track record of using misleading information to promote these injections.

WHO would have thought Peppa Pig, the loveable and effervescent porcine character that has been a huge favourite of many a youngster for the last couple of decades, might be utilised by big pharma in an attempt to normalise a potentially dangerous and most likely unnecessary medical procedure?

The veterinary link is perhaps more apt than might otherwise meet the eye: we note that a rather well-remunerated vet, who also happens to be the Chief Executive of Pfizer, recently stated that his company’s Covid injections offer “very limited protection [for humans], if any” against Omicron and do not “have the safety profile that we hoped we can achieve with this technology”.

HART also observes that the Advertising Standards Agency has specific child targeting guidance to prevent the encouragement of “irresponsible or dangerous practices”.

Perhaps we should not be surprised that the authorities are going the whole hog: subliminal advertising and product placement are hardly novelties, and popular brands are regularly deployed in support of the ‘latest thing’.  In a previous era, national broadcasters were known to facilitate grassroots campaigns such as “Just Say No”.

It is not entirely clear what conclusions we can draw from the tale of this particular little piggy.  Last week we pointed out that most parents seem to be doing their homework – uptake of the Covid injections for children has been lacklustre.  This is entirely rational, as it is Safer to Wait.  We still have some way to go to match places like Denmark that have recently suspended all Covid injection programmes – at least for this respiratory disease season – and Florida, that have recommended that otherwise healthy children should not receive these Covid injections.

If reviews of the revised Peppa Pig publication – featuring the heavily promoted injection – are anything to go by, then it would seem that the general public is not particular impressed, let alone buying the propaganda: “indoctrination at its finest” and “Peppa Pig has a heart attack” are two of the more restrained comments.

Perhaps – and possibly thanks to Peppa and her family – people are becoming more adept at spotting hogwash.  Let us hope so.