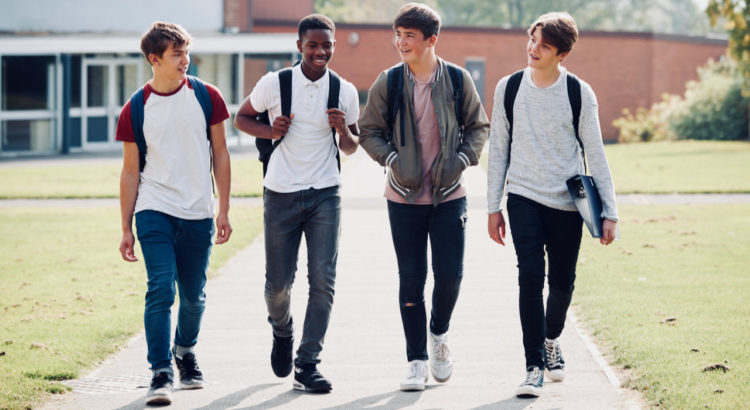 Cumulative total deaths in young males have stopped deviating from the 2015/2019 baseline and have been running parallel with it (see figure 1).

The number of doses of vaccine given to the 16 to 19 age group has recently slowed.  Figure 2 shows the difference between the expected deaths from the 2015/19 baseline and the actual deaths in 2021/22, plotted as the cumulative excess.This also has plateaued since week 12, demonstrating that deaths are now in line with the baseline once again. The black line shows the cumulative vaccine doses given to the 16-19 year old age group over this time period. Data on doses given to 15 year olds are grouped with 12 to 14 year olds so have been omitted. The plateauing of the number of doses given matches the plateau of the excess mortality.

Figure 3 plots the excess deaths over the 2015-2019 average (smoothed over 3 weeks to reduce noise from weekly variation) against the number of doses given each week. It shows the low mortality from March 2020 which was interrupted from spring 2021 for a year but has returned more recently. Before June 2021 the vaccine was given to those who were most vulnerable only.

Deaths in females age 15 to 19 has remained below the 2015-2019 average (see figure 4). The relationship between doses given and excess deaths is not as clear as for males. A rise in deaths was seen but after a lag of several months after vaccination began. Deaths have more recently fallen far below the average seen in 2015 to 2019 (see figure 5).

Cause of death data

The UK Office of National Statistics has provided a breakdown of the causes of death for this particular group in 2021. However, they have reduced each death to a single code which will inevitably mean that information has been lost as death registration usually reflects complex scenarios which are not easily categorised under one code. Having used this methodology they claim that there has been no increase in deaths in this age group with a cardiovascular cause. The categories that have increased are shown below.

Most causes are similar year to year and I have grouped them in blue in figure 6. Transport accidents (red) reduced significantly since 2019. Removing “all other causes” and “transport accidents” gives a clearer picture of the differences between years (figure 6).

Deaths under investigation at inquest

Although suicide could be dismissed as not relevant or attributable to lockdown policy and the subsequent impact on mental health, they should not be too readily dismissed.

Hospitalisation for suicidal ideation was seen in four vaccinated participants in Pfizer trial for 12 to 15 year olds, but none in the placebo group, as reported in Pfizer’s submission to the FDA:

“3 participants, all with pre-existing anxiety and depression, were hospitalized for medical management of depression exacerbation that started 7 days after Dose 1, 1 day after Dose 2, and 15 days after Dose 1, respectively. All 3 participants reported treatment with a selective serotonin reuptake inhibitor (SSRI) that began within 1-2 months prior to vaccination. Worsening suicidal ideas with initial SSRI treatment in adolescents is a recognized risk and provides a reasonable alternative explanation for depression exacerbation in these BNT162b2 recipients.”

“1 participant with a long-standing history of ADHD and recent anxiety and depression diagnoses (4 months and 10 days prior to enrolment, respectively) was hospitalized for suicidal ideation 40 days after Dose 2. The event was ongoing at the time of the data cutoff date, but per the narrative provided by the Sponsor the event was assessed as resolved on March 15, 2021. The study investigator attributed the participant’s symptoms to psychosocial issues expressed by the participant as the cause of her exacerbation.”

Notifications to the USA vaccine adverse reporting system, VAERS for suicide have exceeded all previous reports. These have included reports of suicide after vaccination in children.

Likewise a rise in non-transport accidental injury sounds co-incidental but without an investigation as to what happened that caused these children to be injured conclusions should not be drawn. Did something happen that caused a proportion of them to momentarily lose their ability to concentrate?

Code X44 encompasses the following causes of death according to the WHO definition:

The number of deaths coded as X44 doubled from 2019 to 2020. It is not clear which drugs were responsible for that shift. From 2020 to 2021 there was a further 58% increase to more than three times the 2019 levels. Again, no details are given as to which drugs were the cause.

Deaths that were not classifiable

If there is a death where the cause is unknown or uncertain or not classifiable the death should be referred to the coroner and there should be a post mortem and investigation. There was only one such death in 2019, as classified by the ONS. However, 12 deaths were categorised as falling under this uncertain category in 2021.

Deaths attributed to covid were three times higher in 2021 than 2020. It is worth bearing in mind that the UK auditors of paediatric intensive care data, PICANet, stated that they were unable say that any deaths in children who were on intensive care with a covid positive test were caused by covid:

“It is not possible to say that any of the deaths on PICU were as a direct result of COVID-19, merely that these children had a COVID-19 positive test prior to or during their PIC admission or at post-mortem.”

Hospitalisations rates have not changed in the way expected either. In England, the 8 month period prior to vaccination saw a lower number of hospitalisations than the 8 month period after vaccinating this age group. The increase in the age group vaccinated (12-17 year olds) was considerably higher than in the age groups that had not been vaccinated (under 12 year olds). Although claims have been made that vaccination will reduce severe covid this has not been demonstrated in clinical trials in this age group and real world data do not support that hypothesis.

Given the higher hospitalisation rates for the vaccinated cohort, questions should be asked about the higher mortality rate in this age group for covid after vaccination.

As stated earlier the mechanism whereby each death has been reduced to a single code means that a true understanding of the cause of death is not possible. While the lack of rise in deaths attributed to cardiovascular causes in this age group may appear reassuring, it is likely that sudden unexpected deaths from a cardiovascular cause would be included in those deaths that are currently under investigation at inquest. The correlation of excess mortality with vaccine doses given in this age group should not be dismissed without further investigation as to whether deaths under investigation and those categorised as due to suicide, non-transport accidents, due to prescribed medications or unclassifiable have a relationship with vaccination.