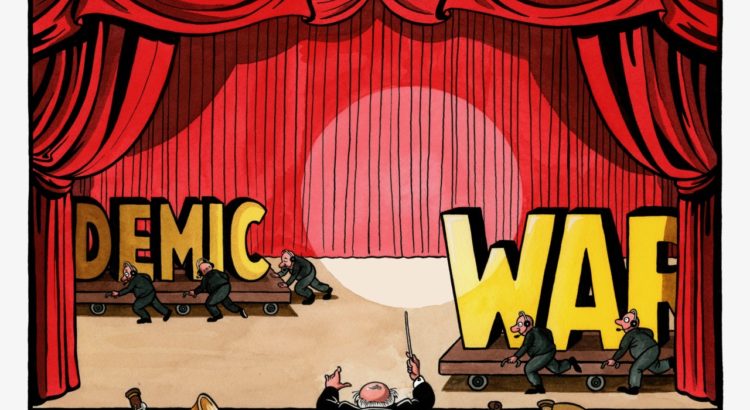 Harmful and discriminatory policy to officially end on 15 March

We are pleased to be able to include a ‘good news’ piece this month!

It is a full month since Sajid Javid announced in parliament a U-turn on the NHS vaccine mandate policy to prevent the exodus of thousands of health workers who were unwilling to get a Covid-19 jab. On Tuesday 1 March, the government released the results of the consultation period, which unequivocally shows the lack of public support for this mandate, with 87% of respondents saying that they “feel strongly that the requirement should be revoked”.

We should take this moment to thank all of those staff who held the line on this crucial issue and also to recognise the campaigning from grassroots movements such as NHS100K and the Together Declaration who helped to raise public awareness and apply the political pressure needed for this volte-face to be possible.

The entire ill-conceived debacle has caused immeasurable stress for all the hundreds of thousands of staff who were put in the invidious position of having to choose between their right to bodily autonomy and their career, not to mention those who were unceremoniously sacked from the care home sector in November.

Meanwhile, the complex geopolitical situation in Ukraine is of course concerning, but it seems to have caused an ‘abracadabra’ disappearance of All Things Covid. It is quite extraordinary to witness the speed at which the media, after two relentless years of fear-mongering and monomaniacal journalism, has done a vanishing trick that would put any stage magician to shame.

The cynics amongst us might be forgiven for thinking that this total eclipse in the news cycle is very convenient for those in charge of Project Covid. Would it not be possible to report on two issues concurrently? Did the threat of the deadly pandemic disappear overnight? More realistically, the current global data unequivocally show that the vaccines are simply not working in the way that was promised and in the meantime may have caused significant harm to a significant number of people, all of which needs thorough investigation. In addition, the threat from the virus itself was clearly massively overstated, otherwise it could not be completely erased from consciousness in a 24 hour period. Never have metaphorical carpets and brooms been more alluring to sitting politicians.

In other good news, there was a significant win for personal freedoms in New Zealand last Friday after a High Court ruled that the government’s vaccine mandate represented a “gross violation of human rights” for citizens. The challenge, put forward by a group of defence force and police employees, questioned the legality of making an order to require vaccination for frontline employees. Justice Cooke agreed with the claim that the mandate impinged on the right to decline a medical procedure. Cooke went on to say that while it’s clear the government isn’t forcing police and NZDF employees to get vaccinated against their will as they still have the right to refuse, the mandate presents an element of pressure. This is significant in the fight for individual rights across the West and seems to be a return to a more rational and indeed fair outcome from the judiciary.

Another notable development last week was the lifting of all covid restrictions in Iceland and the announcement from the Ministry of Health that “Widespread societal resistance to COVID-19 is the main route out of the epidemic and to achieve this, as many people as possible need to be infected with the virus as the vaccines are not enough, even though they provide good protection against serious illness.” This sounds remarkably like the strategy suggested by the Great Barrington Declaration back in 2020, for which they were berated and smeared as callous murderers by our friends in the mainstream media. Perhaps it has always been this way. Perhaps covid has merely served to shine a light on the fact that there is no such thing as ‘trusted media’. We would do well to remember this point when switching all focus to Ukraine, and should perhaps pause to ask what the media-driven agenda is on a topic that most of us are completely unqualified to comment on.