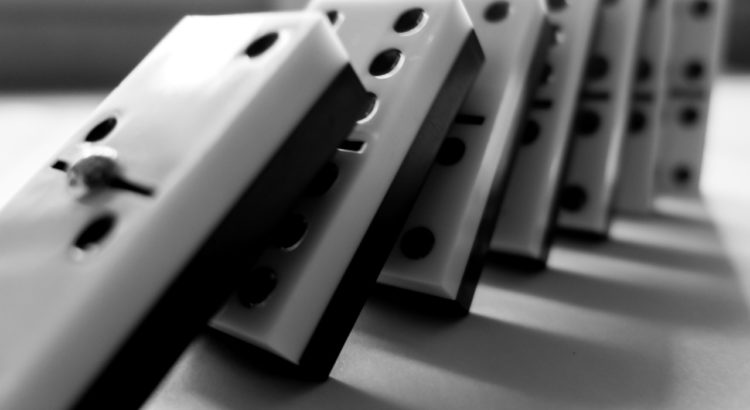 How many times have we heard the phrase “If it saves one life…” repeated like a mantra, since March 2020? An insidious phrase, it has been used to great effect to shut down rational dissent. Unfortunately, this phrase (and the thinking behind it) encourages people to ride roughshod over very difficult ethical ground. But how does one weigh up the possibility of saving one life against the possibility of harming many more lives?

Truly, these are questions that are impossible to answer even when the facts are clearly laid out.  When time is of the essence, when the unknown unknowns are considerably greater than the known knowns, when cost comes into play… well, it is nigh on impossible to make the right call.

Herein lies the origin of the Hippocratic Oath: First, Do No Harm.  In the absence of certainty that benefit will accrue, it is mandatory that one should not proceed, as the risks of continuation are too great.

The analogy laid out in this Tweet is succinct and makes the point rather elegantly.

This is a huge topic, which we will no doubt be returning to again and again.  But this week there was an unexpected whistle-blowing admission from the directors of a German insurer on the subject of underreporting. In short, their data indicates that serious adverse effects (not just side effects) are running at approximately 10 times the official rate reported by the Paul Ehrlich Institute, the German vaccine regulator. In highlighting this “severe warning signal” (they use the German phrase “Heftiges Warnsignal” which could also be translated as a “violent warning signal”), these directors are (quite rightly) refusing to let authorities and manufacturers duck their responsibilities.

Huge, if true.  Because the very, very finely nuanced (some would say contrived) arguments being used in favour of promoting what had been intended as an adult-only injection, for people over 50, are of course completely blown out of the water with an underreporting rate of 10, i.e. if the downside is ten times worse than the official rate.

One suspects that this is not smoke without a fire. Others have postulated — and provided detailed workings — showing that underreporting rates could be as high as 40 times: in particular, Steve Kirsch has been warning of this for several months, but authorities have waved away his concerns.

It was therefore timely for Dr Malcolm Kendrick this week to provide a few thoughts on the matter in a very astute blog post on the matter, highlighting the threatening atmosphere that doctors are having to endure: “nice job you’ve got there, Doc… would be a shame if you looked too closely into these adverse effects, don’t you think?”.

We highly recommend taking the time to read the article in full. Dr Kendrick lucidly explains the problems with passive reporting systems such as VAERS and the UK’s Yellow Card system, issues that are echoed by HART’s doctors as they grapple with systems that are possibly — and perversely — suppressing the very safety signals that public health bodies rely on.

Medical history is littered with ‘reversals’: momentary realisations that a treatment, drug or intervention has actually done more harm than good.  Genuine errors are forgivable, even when the consequences are dire.  Deliberately ignoring credible safety signals and carrying on regardless is not.