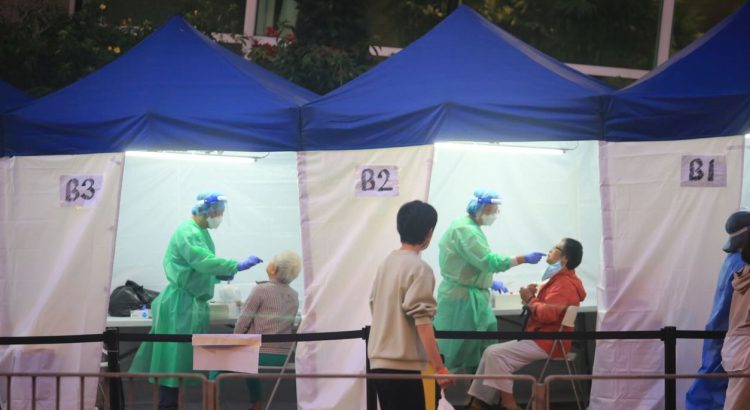 Newsflash from China: the world’s last bastion of Zero Covid has finally given up the pretence. “Covid China cracks”… this is a message that seems to have penetrated even the mainstream media’s coverage.

What is not, however, entirely clear is how brave BBC reporters can travel around the world to capture footage in the Far East, but were blind to peaceful protests closer to home. Those voices of reason who have been ignored for almost three years have found the cognitive dissonance more than a little unnerving. How can it simultaneously be true that lockdown sceptic protests and protestors in UK are bad, selfish and unscientific, while lockdown sceptic protests and protestors in China are brave and pushing back against regime oppression?

Even in their dissonant apostasy, the media cheerleaders still struggle with fundamental misconceptions due to their alignment with the crumbling narrative and blindness to the obvious: “the main challenge is ensuring the inevitable uptick in infections does not lead to mass deaths” claims the BBC.  Really?  With almost three years of data now to hand, is it now not blindingly obvious that the UK’s Chief Scientific Officer Patrick Vallance was absolutely correct when he stated on 16 March 2020 that “this is a mild disease in most people”?  If these brave reporters want to investigate ‘mass deaths’, how about some hard-hitting investigative reporting on iatrogenesis instead?

This unpalatable (and hard to ignore) charade aside, can we at least hope that this is the end of an era? Can the Zero Covid chapter be closed for good?

Let us hope so. Humanity may – finally – have rid itself of Zero Covid policies, but what of its erstwhile supporters – what new hair-brained schemes are they now supporting? Whether the chaos they were involved in creating was by accident or design is arguably immaterial: how can society protect itself against future periods of collective self-harm?

The precautionary principle “emphasises caution, pausing and review before leaping into new innovations that may prove disastrous”.

Winding back the clock almost three years, it was for this reason that many of us had a principled objection to draconian non-pharmaceutical interventions (NPIs, i.e. lockdowns) from before they were enacted. While this view is now fashionable, many supported these policies at the time and then did not want to back down from this shibboleth. But why was it ever acceptable to deploy this combination of hand grenades to crack a nut? Why did society go along with a perverse inversion of the anti-precautionary principle: “panic; shout ‘fire’, abandon detailed disaster planning and then implement the precise opposite, botch the implementation, shut down constructive debate and then vilify those that challenge the new orthodoxy”?

It is instructive to observe the flailing attempts by vocal proponents of Zero Covid and its associated policies (school closures, rules of six, masks, vaccine mandates) to post-rationalise and excuse their mistakes.  This is where lessons will be learned (and not, incidentally, from the preposterous attempts by those who piloted the ship onto the rocks to shift blame onto others or to claim that the right decisions were made “based on all the information available at the time”).

We have previously outlined clear evidence of what was common knowledge by mid-March 2020. Chief Scientific Advisor Vallance, quote above, went on to state: “Epidemics are like a pole vaulter taking flight: the outbreak starts slowly, takes off rapidly, reaches a peak and then comes back down to earth”.  No different to what had happened in previous months on the Diamond Princess, in Wuhan and in Bergamo. This was a known quantity well before the UK launched itself, lemming-like, off the cliffs on 23 March 2020.

From hereon in it was one-way traffic for much of the next two years.  Dissent was essentially criminalised, and the full force of far-from-benign authoritarian state machinery was turned against its citizens.  Rational discourse was squashed (why would authorities collude with the media to stifle calm voices of reason such as Professor Jay Bhattacharya and instead promote shrill panic-mongers?); the media controlled via carrot (advertising) and stick (OFCOM diktat); dissenters were made an example of.  None of this was necessary, and a normally-functioning society and fourth estate could have led us quickly back to balanced rationality, avoiding much of the human cost and unnecessarily-wrought collateral damage of the Coronapanic debacle.

They might prefer us to forget, but we must not.  Thankfully, public records exist that will serve as a salutary reminder to future generations of what our own home-grown Zero Covid zealots wanted to perpetrate.  For example, in the dark days of February 2021, 47 MPs from Opposition parties tabled an Early Day Motion promoting Net Zero.  This Motion – as well as its stated (and implicit) underlying assumptions – has not aged well, the most egregious claim being that harsher draconian measures might avoid “putting huge additional strain on the NHS” – tell that to those on the now-gargantuan waiting lists for essential treatment. Most of the 47 signatories on this Motion are Labour MPs… Labour is currently riding high in the polls.  They might well now criticise the UK Government’s handling of the last few years, but it was Labour – and their union paymasters – who were consistently pushing for more and more restrictions.  Voters should be careful what they wish for.

So good riddance to Zero Covid, but have we learned any lessons? Unfortunately, there is as yet little evidence to show that society has the strength to resist the siren calls of the next Zero Policy fiasco… for example, could it be that Net Zero is an unholy hysteria rather than a holy grail? We would do well to look a bit more closely before we leap into deindustrialised pauperisation.

Sunlight is the best disinfectant, and in the interests of protecting all that we hold dear, we can only encourage everyone to keep constructively challenging and critiquing the official narrative.