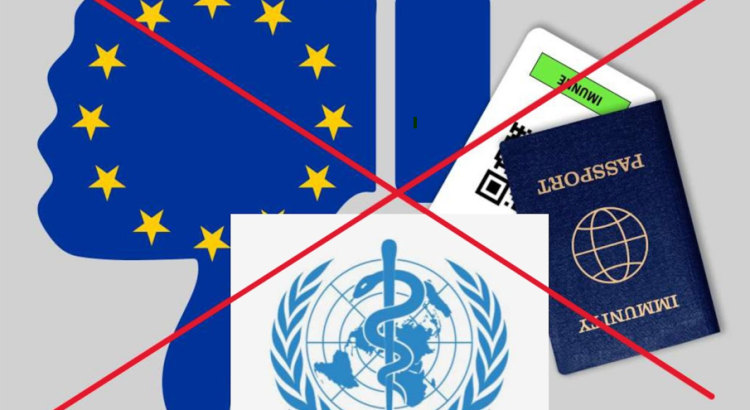 These proposals are a major threat to our sovereignty and democracy

The WHO has been flexing its muscles for several years but Covid-19 has provided a huge opportunity for mission creep.  The latest in its quest for  ever-increasing power is the proposed legally binding Pandemic Prevention, Preparedness and Response Treaty.  Without even waiting for the dust to settle and for countries to undertake their own inquiries into what went well and what mistakes were made, there is a clear intention to force every nation into a straight-jacket of centralised pandemic management with the WHO at its heart. No Anders Tegnell or Ron de Santis to instil a modicum of common sense or proportionality, we would all be hurtling into masks and testing at the first hint or droplet of ‘concern’, and doubtless another rushed mRNA vaccine.

In March 2021, Boris Johnson was centre stage in publishing an article laying out the route to this new international treaty. By December 2021, an intergovernmental negotiating body was established and a Zero Draft report was published in May 2022. It was a number of African nations who called a halt. But undaunted, the WHO this week held another 3-day session and issued the following news release.

“Member States of the World Health Organization today agreed to develop the first draft of a legally binding agreement designed to protect the world from future pandemics. This “zero draft” of the pandemic accord, rooted in the WHO Constitution, will be discussed by Member States in February 2023.”

‘Zero draft’ is worryingly reminiscent of ‘Zero-Covid’, a policy which has been causing havoc in China. There is also an extraordinary degree of mission creep evident, with a newly established subgroup, the One Health High-Level Expert Panel (OHHLEP), which:

“will also have a role in investigating the impact of human activity on the environment and wildlife habitats, and how this drives disease threats. Critical areas include food production, urbanization and infrastructure development, international travel and trade, activities that lead to biodiversity loss and climate change, and those that put increased pressure on the natural resource base — all of which can lead to the emergence of zoonotic diseases.”

Shiraz Akram, of the Thinking Coalition, drafted an extremely detailed analysis of the proposals and a number of like-minded groups have endorsed his open letter.  Thinking Coalition, the Freedom Alliance, HART, Not Our Future, Time for Recovery and the Together Declaration have all submitted this letter to members of the House of Lords International Agreements Committee, the House of Lords Constitution Committee and the Commons Public Administration and Constitutional Affairs Committee.

It is vital that our Parliamentarians take a serious interest in this. Both the Commons Public Administration and Constitutional Affairs Committee and the Constitution Committee have previously reported on the numerous problems related to the way in which treaties are ratified in the UK, with the latter stating that “the powers available to Parliament to scrutinise Ministers’ actions are anachronistic and inadequate”.

These committees have only a few weeks to scrutinise the proposals and prevent a lurch into a legally binding agreement at the diktat of the totally unelected WHO.