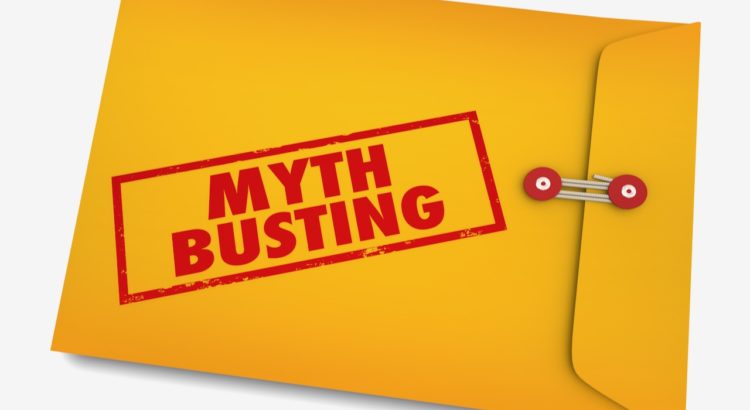 It is not common and not reduced by vaccination

The claims that long covid could be a “mass disabling event” are totally unfounded based on the data from two recent papers. This week a Nature paper from Birmingham and a pre-print and press release from the Zoe App team claimed long covid could be classified into three categories. Even with their very broad definitions of self reported symptoms the Zoe App study found only 1 in 230 patients with covid had symptoms after 12 weeks; 99.6% had totally recovered.  The Nature paper found medical records showed that 1 in 217 patients had fatigue more than 12 weeks after having covid, compared to 1 in 416 patients who did not have covid. These patients did not necessarily attribute their fatigue to long covid. 216 out of 217 (99.5%) covid patients did not feel fatigue after 12 weeks.

There was no reduction in duration or prevalence of long covid symptoms in the vaccinated in the Zoe App study.

Both studies are flawed. The Zoe App paper failed to carry out analysis on the role of vaccination in the development of long covid. This was despite 98% of post Delta long covid being in the vaccinated and despite post vaccination long covid being characterised by neurological rather than respiratory symptoms. They also fail to provide a denominator of the total covid cases for each variant. The Nature paper had significant sample bias and no control groups.

The Zoe App attempted to define three classes of long covid. Their study included 1,459 people who were well for 30 days prior to testing positive and were symptomatic more than 12 weeks afterwards out of 336,652 patients with a positive test result.

Analysis of the self reported symptoms was carried out to classify them into different groups with three groups predominating.

After Alpha the most common cluster of symptoms, seen in 43 of cases (27% of the symptomatic people), included loss of smell, neurological symptoms and respiratory symptoms.

Since vaccination the characteristics of persistent symptoms after covid have changed from being predominantly respiratory to predominantly neurological. The differences between variants are minor, have not altered the way the virus interacts with cells and would be an unlikely reason for this change in profile. The authors could have analysed whether these neurological symptoms bore a relation to the vaccination itself but instead said, “Time since vaccination and vaccination dose number were not considered in the analyses.”

Neurological symptoms are more likely to be disabling and it is notable that an increase in people self-reporting being unable to work correlates with vaccination rather than covid cases. The Governor of the Bank of England reported that by May 2022 there were 320,000 more economically inactive people due to long term sickness than in 2019, whereas the estimate for the number not working due to long covid was only 80,000.

The Nature paper tried to better define the condition by using GP records to compare symptoms in nearly half a million patients who had tested positive 12 weeks earlier and 2 million who had not. Patients who had been in hospital before and after their covid positive test were excluded. Oddly they did not exclude the period in early 2020 when numerous people were infected but could not be tested. One consequence was that the test positive group were only 28% more likely to have a lingering cough after 12 weeks in the first wave, whereas after the second wave this rose to 77%. Similar trends were seen for other symptoms. The authors themselves point out that 20-30% of positive covid tests are not recorded in the medical record.

There was a small difference in “long covid symptoms” reported more than 12 weeks after a positive test with 5.4% in those recorded as having had covid compared to 4.3% of the control group. The trouble was that having a record of covid in the medical notes reflects, not just who was infected but also how often a patient sees their GP.

Patients who were already seeing their GP before January 2020 with a number of conditions were more likely to be recorded as having long covid including those with chronic obstructive pulmonary disease, benign prostatic hyperplasia, fibromyalgia, anxiety, erectile dysfunction, depression, migraine and multiple sclerosis. What the researchers showed was that the number of consultations for symptoms which could have been due to these underlying conditions was higher in the test positive group compared to the controls. They then concluded that these symptoms were due to “long covid”.

Every single symptom studied in the study was more common in the test positive group. This is highly suggestive of bias either in the sampling or introduced with the many adjustments carried out to the data. The result was a claim that long covid increases the risk of both constipation and diarrhoea and of urinary retention as well as urinary incontinence.

No data was provided for the symptoms they describe as due to covid before January 2020. It is therefore impossible to know whether the sample had e.g. higher rates of ejaculation difficulty prior to covid and that this condition was not related to the covid diagnosis.

They did not include any symptoms as a control to demonstrate that their matching and adjustments were not biased and that there existed some symptom that long covid did not cause. Had they included in-growing toe nails or haemorrhoid consultations then a measure could have been made of the extent of bias.

The usual trick of comparing percentages has inflated the problem. The numbers were very small for any of these. For example ejaculation dysfunction occurred in 0.007% of the covid positive cohort (28/384,137) versus 0.003% of the control cohort (39/1,501,689) an increased risk of 0.004%. The authors presented this risk as being twice as likely in those who had tested positive. While this is true, it is much smaller than other differences in the sample (see table 1).

While there may well have been a genuine increase in fatigue and anxiety after a covid, to suggest that nasal congestion was more common when the group in question were more likely to have chronic sinusitis is quite a stretch. Similarly, why say that urinary retention (which was 0.01% more common after covid) was caused by covid rather than the usual cause of benign prostatic hypertrophy which was 0.04% more common in the covid group before 2020?  Likewise the slightly higher rate of consultation for erectile dysfunction is more likely to reflect the higher underlying rate of diagnosis for erectile dysfunction than a new onset problem.

Nevertheless the authors took every symptom that was higher in the covid group and attributed it to “long covid.” They then decided there were three types of long covid (see figure 1) with 80% of patients in class (1), 5.8% in class (2) and 14.2% in class (3):

(1) a broad spectrum of symptoms, including pain, fatigue and rash

(2) respiratory symptoms, including cough, shortness of breath and phlegm

No attempt was made to analyse which of these classes of “long covid” were attributed to which wave. Nor was an attempt made to compare consultations in the control group to see if these too fell into these three broad categories.

The risks from long covid after 12 weeks have been exaggerated and it is in fact very rare. Attempts at measuring its extent are hampered by a lack of definition. The Birmingham team have data that could have allowed a fair assessment of symptoms but their failure to use controls and account for sampling bias means they did not achieve this. The Zoe App study had smaller numbers and demonstrated a change in symptom type from respiratory to neurological after vaccination with 98% of long covid after Delta being in the vaccinated. An assessment of the relationship of these neurological symptoms and vaccination itself should be urgently carried out.