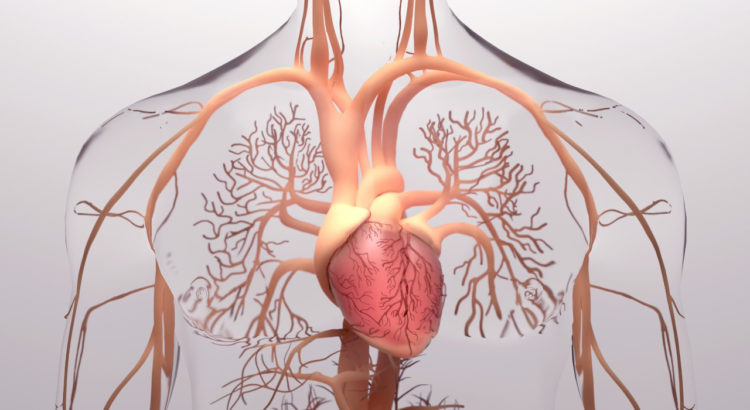 In 2015 a team of researchers employed by the medical services of the US military published a peer-reviewed paper on the incidence of myocarditis and pericarditis after smallpox vaccination (SPX) and vaccination with an inactivated trivalent influenza vaccine (TIV).

Despite being published 7 years ago before anyone had heard of “covid”, the findings in this study could have very significant implications for the Covid-19 mRNA injections.

In this study, the researchers found that:

Given these observations, it seems highly likely that the incidence rates of myocarditis following Covid vaccination have to date been severely underestimated.

The background to the study was that the US military rolled out a limited program of SPX following a perceived threat that smallpox might be used as a weapon in a bioterrorism incident. By the time of the paper’s publication, >2m doses had been administered, but the US had 290m doses in reserve to use for the general population if required. Concerns had been raised about a possible risk of myocarditis after this vaccination. This study sought to quantify these risks.

Key aspects of the study design:

Before going on to discuss the implications of this study for the Covid-era, it must be emphasised that “full recovery” from myocarditis is a misleading term: whilst the patients may initially become symptom-free, all should ideally receive regular cardiological follow-up to detect cardiomyopathy and / or arrhythmias later in life, and there is a significantly raised risk of cardiac morbidity and mortality.

Moreover, in several case series, for example this one published in JAMA, “Late Gadolinium Enhancement” on cardiac MRI[3] indicative of long term heart damage was found in the majority of clinical myocarditis cases which underwent detailed investigation. This finding is not consistent with mRNA-induced myocarditis having a more benign course than other forms, as was originally hoped.

For the above reasons, it is important to try to accurately capture all possible cases of myocarditis, both for the individuals concerned (so they can receive proper follow-up) and for calculating the extent of any added risks from vaccination.

In respect of the accurate detection of myocarditis cases, this study raises several important concerns relevant to the Covid injections:

Before this study, the rate of clinically diagnosed myocarditis / pericarditis had been previously estimated to be 16.1 cases per 100,000 in a cohort of US service members receiving smallpox vaccination, nearly 7.5-fold higher than the expected background rate of 2.16 per 100,000 observed among comparable unvaccinated service members.

The rate of clinical myocarditis observed in this SPX study was approximately 28 times higher than the previous estimate, at 463 per 100,000 – several hundred times the expected background rate. The higher incidence rate detected is almost certainly due to the active surveillance systems in place, where cases were pro-actively sought out and participants and their physicians made aware of their possibility.

As the authors state:

Prior to the present study, the incidence of myocarditis / pericarditis following smallpox vaccination was estimated from passive surveillance registries and population databases, with an inherent bias towards underestimation of disease incidence.

Myocarditis cases may be easily dismissed as musculoskeletal in origin.

Myocarditis is usually self-limiting in its acute phase, improving with self-treatment by a non-steroidal anti-inflammatory drug such as ibuprofen. It could quite easily be confused with “expected” aches and pains following injection, or with musculoskeletal injury, and this would be more frequent in the young, especially if active in sport.

The authors make the point that:

“3 of the 5 clinical cases would not have sought medical care without study interventions including enhanced education and surveillance.”

With the Covid mRNA injections, not only have we experienced a lack of active surveillance and a reliance on passive adverse event reporting, but there has been an atmosphere of discouragement of reporting. Many physicians have reported censure by hospitals or other health authorities for even discussing a possible vaccine origin for adverse events, and even subjects themselves have received opprobrium online after questioning the origin of their symptoms.

Hence, whatever factors the authors noted in 2015 in relation to underreporting of myocarditis following SPX are likely to be even more in evidence now for the Covid vaccines.

Because of this, there must be a very significant possibility that the actual numbers of clinical myocarditis cases caused by the mRNA injections have to date been very significantly underestimated.

This was actually the first study to attempt to detect possible subclinical cases of myocarditis (ie those without discernible symptoms) following vaccination.  It is highly likely that, just as there is a spectrum of outcomes with symptomatic cases, such that a proportion have zero long-term problems, so with the subclinical cases an unknown proportion may well go on to have cardiac problems. Given that heart cells are irreplaceable and that scar tissue in the heart can disrupt electrical conduction the degree of concern about heart damage must be much more than with, say, damage to the skin, which can self-repair and still perform its primary function.

The actual proportion of subclinical cases which go on to manifest in cardiac disease later in life is unknown, however the authors selected a threshold for the measured troponin levels by which to define a subclinical case which is known to be associated with an increased risk of adverse outcomes. In the paper cited by the authors in support of their chosen troponin criterion it had been concluded that:

“In the general population, cTnT [troponin – protein released from heart damage] elevation is rare in subjects without CHF, LVH, CKD, or DM, [Congestive Heart Failure, Left Ventricular Hypertrophy, Chronic Kidney Disease or Diabetes Mellitus] suggesting that the upper limit of normal for the immunoassay should be <0.01 μg/L. Even minimally increased cTnT may represent subclinical cardiac injury and have important clinical implications, a hypothesis that should be tested in longitudinal outcome studies.”

*Definitions in [ ]  with bold added by this author

The rate of possible subclinical myocarditis detected after SPX (3% of subjects) was 6 x the rate of symptomatic myocarditis.  That these findings are or might be significant rather than chance fluctuations is supported by the fact that zero such cases were detected in the TIV cohort.

Moreover, the authors point out that even this may be an underestimate (bold added):

“While assumptions about benign troponin release from the myocardium have been made, there is a growing body of literature suggesting that even in generally healthy populations with no known cardiac disease risk, small elevations in troponin (stratified below the levels measured by the assay in this study) are associated with increased risk of all cause and cardiovascular mortality. Therefore, the rate of reported elevations in this study may actually be an underestimate of the true incidence of vaccine related subclinical myocarditis.”

There seem no reasons to suggest that possible subclinical myocarditis might not also be occurring after Covid injections, and also at higher rates than clinical cases.  In fact, given the use of active surveillance for clinical cases employed in the SPX study, it is likely that the ratio between possible subclinical and reported clinical myocarditis cases for the Covid vaccines may in fact be higher than the 6-fold seen after SPX, because of the significant underreporting of clinical cases after Covid vaccines for the reasons mentioned above.

It should be stressed that little is known about the long-term prognosis of myocarditis / pericarditis, whether infective in origin or otherwise. No follow-up to the Engler et al paper (now 7 years old) measuring cardiac status in either the clinical or possible subclinical cases has been published to date.

A 2005 paper reported a well-conducted follow-up study of 67 cases detected following smallpox vaccination of 540k military personnel and found normalisation of echocardiography, ECG, and functional status (measured by ECG exercise-testing) in all subjects including those who initially had depressed cardiac function.  This is encouraging, although the median follow-up period was just a few months and none were followed for more than one year after the myocarditis; hence concerns must remain regarding cardiac function in later life, especially in those in whom cardiac reserve falls secondary to other cardiac pathology such as coronary artery disease.

The authors conclude their paper with this warning:

Our study identified a rate of myocarditis/pericarditis following SPX immunization that is significantly higher than previously described, and highlights the challenges of post-licensure vaccine safety surveillance to identify adverse events that are not well understood or previously unrecognized.

Applying the incidence described in this study to a SPX immunization program that has delivered over 2 million doses, largely to young, healthy primary vaccinees, there are potentially thousands of vaccine associated cases, many undiagnosed because of self-medication or lack of provider awareness.

In our study, 3 of the 5 clinical cases would not have sought medical care without study interventions including enhanced education and surveillance. The recognition of potential adverse events following immunization requires accurate diagnosis of new onset clinical symptoms.

Our study reinforces the need, as part of all post-vaccine (and potentially new drug related) adverse events surveillance, to include specific standardized inquiry about new onset cardiac symptoms and to highlight the value of dynamic pre to post immunization cardiac troponin increases as a potential biomarker of risk in future safety surveillance studies.

Two million doses of SPX sounds a large number, but it is sobering to consider where we are today in respect of our understanding of the association of the Covid vaccines to myocarditis, having rolled out several billion doses, a program which is now continuing with 3rd or even 4th doses (whereas the incidence studies published to date have been based on 2 doses only).

It is accepted now that there is a definite association between mRNA vaccination and myocarditis, yet the precise rates of increased risks reported vary hugely between different studies, which probably reflect vastly different methodologies between investigators and countries according to prevailing local reporting standards and customs.

Moreover, initial claims that myocarditis risk might be higher after Covid infection compared to vaccination have not held up to scrutiny. The latest study – based on a large (~200k) cohort of adults in Israel – found no increase in the incidence of pericarditis or myocarditis in adult patients recovering from COVID-19.

In addition to the high, yet underreported, rates of clinical myocarditis, there remains a distinct possibility that there may have been very large numbers of subclinical myocarditis cases caused by Covid vaccines, the long-term outcomes for which are uncertain.

Approximately 3% of those receiving a single SPX vaccination met the criteria for having developed possible subclinical myocarditis, and given that billions have now received Covid mRNA products (many multiple times), if the frequency is similar to SPX the number of such cases following mRNA injections could well be in the millions.

Despite these worrying data, we have inexplicably witnessed the rollout of multiple booster doses, including in many countries to young adults and even children, despite there having been:

One could be forgiven for thinking that the reason for this is that those who have relentlessly pushed this program into younger and younger people at little to no risk from Covid, simply do not want to know, and prefer to maintain a degree of “plausible deniability”.

The first author of the SPX paper (Renata Engler) has indicated in correspondence that a paper covering the longer-term follow-up of a cohort of the myocarditis cases identified is pending publication.