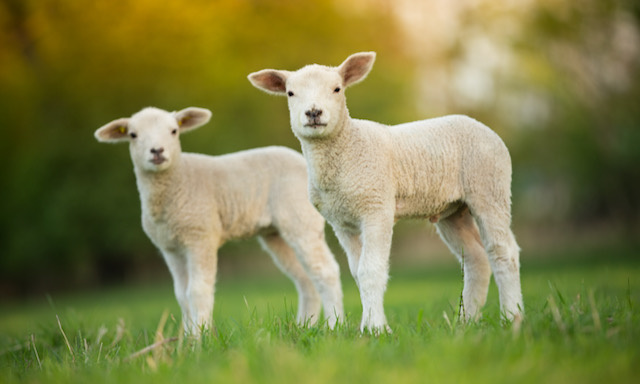 Tom Chivers recently wrote an article in UnHerd defending the use of Covid vaccines in children. In it, he attacked HART, a body of professionals who have called for an investigation into the recent large unexplained rise in deaths of males aged 15 to 19 years old.  In doing so — and by his own account — he “plays the man, not the ball”. What is more, he did this without offering HART an opportunity to comment before publication. As tempting as it was to behave in kind, HART offered UnHerd the opportunity to publish this response, which they chose not to do.  Perhaps they didn’t want to draw attention to the antics of Mr Chivers.

The very essence of the scientific method is to advance challenging hypotheses and to seek to disprove them. HART is a UK-based team of volunteer experts — senior and junior medics, life and physical scientists, data scientists, lawyers and other professionals — who have pooled their professional expertise to test the dominant narrative in the best traditions of scientific discourse. Amongst our number are nine Professors, several of whom are medically qualified, and many others with doctoral level degrees or above.  We are in no-one’s pocket; to the contrary, as individuals we expose ourselves to professional risks and personal opprobrium by even questioning and trying to test the mainstream narrative. We believe that critical and independent thinking are especially important in these changing times.

We continue to challenge what we think is flawed reasoning for giving children injections against Covid: see here, here and here. In essence, children will not benefit sufficiently to justify the known and unknown risks. You can read our recent letter to the UK Health Authorities regarding our concerns about very worrying signals that Covid injections may have caused death in children and young adults here.  As well as HART members, this letter was signed by over 80 experienced clinicians and academics, with Professors and health professionals from every speciality including public health, epidemiology, microbiology, immunology, emergency medicine, paediatrics and specialists in genomics and the pharmaceutical industry. Given that the Office for National Statistics has accepted that the 2021 increase in young male deaths is a statistically significant increase, we believe that Covid injections for young people should be halted immediately, pending further information gathering and detailed interrogation of the underlying data.

We believe that the careful consideration of such concerns is crucial for safeguarding children. It is therefore quite surprising – to say the least – to be on the receiving end of some rather unusual commentary in UnHerd for scrutinising the prevailing narrative of the day. Tom Chivers is the Science Editor of UnHerd, as well as being “far too nice to be a journalist” (at least according to Terry Pratchett). He writes some helpful articles, and we are happy to plug his latest book on How to Read Numbers, a skill that seems to be sorely lacking in this current day and age.

However, according to Mr Chivers, we are ‘odd’, ‘deeply strange’ people. He used illegally hacked material from private conversations in an attempt to illustrate this. He singles out HART for some criticism of the ‘sticks and stones’ variety – in his own words, he chooses to play the man before the ball, something that people usually do when the main thrust of their argument is holed beneath the waterline.

The title of his piece is frankly shocking: “Is it worth vaccinating children? It sounds cruel — but a small number of deaths would be worth it”. In the context of offering Pfizer’s injections to children, the statement is not just cruel but crudely disguises a misunderstanding of the situation.

You would think a scientific journalist would support a call for more evidence, especially one who grudgingly concedes that our concerns are a “slight understatement of reality”. Instead he attempts to dismiss these deaths, firstly as due to Covid (although there were only 2 deaths with Covid in this group over that period in question), secondly as the result of clearing a backlog (when this has not been apparent for any other age group) and thirdly by saying vaccines were not significantly rolled out until August (when 1.4 million 16 to 19 year olds had taken their first dose before August). He then takes the position that a hypothetical drug that killed children would be justified if it saved more than it killed. There have been only 20 deaths of under 19 year olds attributed to Covid in those with no preexisting conditions in England and the total was 93 deaths out of an estimated 8.4 million infections. Even the deaths that have been attributed to Covid are complex.  The National Clinical Auditors for paediatric intensive care units, PICANet, state that “It is not possible to say that any of the deaths on PICU were as a direct result of COVID-19, merely that these children had a COVID-19 positive test prior to or during their PIC admission or at post-mortem”.

Mr Chivers bizarrely claims that 1 in 100,000 unvaccinated 12 to 17 year olds die every week in the USA, without linking to a credible source. Extrapolating to the UK, that would translate to 19 Covid deaths of unvaccinated 12-17 year olds every single week in England where there have only ever been 65 deaths of 10 to 19 year olds in England and Wales with Covid over the nearly 100-week duration of the pandemic so far, 80% of whom had significant comorbidities.

To justify giving anyone a medical intervention it must be clear – by a statistically significant margin – that it will have a direct net health benefit to that person. To proceed otherwise is not ethically acceptable. Despite much handwaving, the JCVI has not been able to clearly establish such a direct net benefit for children. In fact, the decision in September 2021 by the Chief Medical Officers (thereby overriding the decision of the JCVI, who chose not to recommend it) to greenlight Pfizer Covid injections for 12-15 year-olds was based on questionable spreadsheet modelling that implied there might be marginally fewer school absences. This is no way to make robust scientific decisions.

Simply put, the ethical bar has not been cleared to justify use of the Pfizer Covid injection in young people. Even if it were to be established that there was a secondary ‘herd’ benefit to the rest of the population, as Mr Chivers claims, this would not be an excuse to lower this ethical bar, as highlighted in Article 7 of the Universal Declaration on Bioethics and Human Rights. Children, after all, are not adults’ human shields.

Despite this, the crux of Mr Chivers’ argument in favour of dismissing HART’s concerns is that vaccinations will somehow stop children getting infected and that if they remain unvaccinated they would be “more likely to pass it on to other, more vulnerable, people, including their own families”.

It turns out that this statement is false. The Pfizer CEO has himself admitted that the current injection (designed to act against the Wuhan strain) “offers very limited protection, if any” and doesn’t “have the safety profile that we hoped we can achieve with this technology”. This is not so much a tacit admission of failure as a grandiose mea culpa. The whole principle under which Pfizer’s injection was given emergency approval for adult use has been found wanting.

It is worth noting that Israel – which is currently deploying a 2nd booster, i.e. a 4th Pfizer dose – had more SARS-CoV-2 infections in the penultimate week of January 2021 than in all of 2020, before it began mass mRNA injections. Israel is one of the most-vaccinated nations, yet its Covid case numbers and also hospitalizations are now greater than they have been at any stage of the pandemic, which must surely bring into question the claim that the vaccination programme (as a whole) is working.

Previously Mr Chivers has at least had the decency to disclose involvement with an RNA vaccine developer. We do not know why Mr Chivers resorted to playing the man, given his own admitted links to such companies which must severely compromise his neutrality. We are disappointed to see that he did not expressly disclose his links in this article: a credibility own goal if ever there was one.

Overall, it is curious that Mr Chivers – after all the Science Editor of UnHerd – seeks to dismiss HART’s concerns in such an unscientific manner. It certainly stands out from Unherd’s usual methodologically sound science journalism, and judging by the comments posted underneath the article, it would seem that UnHerd’s readership was similarly unimpressed.

Mr Chivers’ attack aimed at those merely asking for further investigation (of young male deaths) seems particularly perverse given that he himself claims to “hope that the ONS is able to find some hint of what caused the apparent increase in deaths among adolescent males” which seems totally at odds with the thrust of the piece, which is that there is “nothing to see here”.

We would welcome the support of Mr Chivers – and UnHerd – to ensure that decisions regarding Covid vaccinations are continually reviewed on the basis of all the available data.