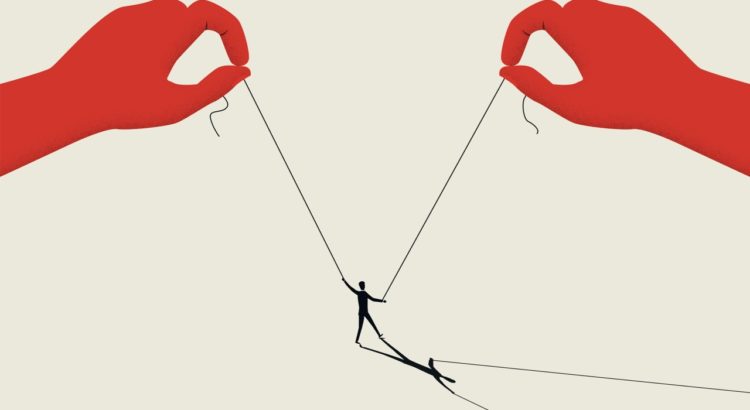 Are the behavioural science ‘nudgers’ culpable?

Established western democracies are hosting the overt expression of hate – in words and deeds – directed at a minority outgroup, the likes of which have not been observed for almost a century. The victims of this onslaught are those people who have made the decision not to accept the offer of a Covid-19 gene-based ‘vaccine’. How much responsibility do the Government’s behavioural scientists carry for this vilification of the unvaccinated?

In their efforts to increase compliance with the covid-19 restrictions and the subsequent vaccine rollout, the Government relied on the recommendations of their behavioural scientists – located in the SAGE subgroup SPI-B (the Scientific Pandemic Insights Group on Behaviours) and in several other Government departments – to maximise the impact of their pandemic-messaging campaign. A range of psychological ‘nudges’ have been deployed (as detailed in the Institute of Government MINDSPACE document), the most prominent ones being fear inflation, shaming and peer pressure. Collectively, these three methods of persuasion may have ignited dormant authoritarian traits in many of our politicians, journalists and celebrities, empowering them to persecute the unvaccinated minority.

A frightened population is a compliant one, so the behavioural scientists recommended inflating everyone’s fear levels, by broadcasting daily (non-contextualised) death counts, scary slogans, disturbing video footage and fear-perpetuating mask requirements. Humans inherently strive to maintain a positive self-image, so the behavioural scientists ‘nudged’ us to view compliance with covid-19 restrictions as akin to virtue, giving prominence to ‘the duty to protect others’ – for example, the ubiquitous TV advert where the actor tells us, ‘I wear my face covering to protect my mates’ and the sinister close-up images of hospitalised patients on the cusp of death delivered with the voice over, ‘Can you look them in the eyes and tell them you’re doing all you can to stop the spread of coronavirus’. And we all much prefer our own actions to mirror that of the majority, so the behavioural scientists endorsed ‘social disapproval from one’s community’ as an ‘important way of preventing anti-social behaviour’, thereby unleashing references to dodgy opinion polls allegedly showing that almost everyone was following the rules and – more egregiously – the imposition of mask mandates as a compliance device.

These covert methods of persuasion have significantly contributed to widespread collateral damage to our communities, including: a high prevalence of people suffering with ‘Covid-19 Anxiety Syndrome’; a mental health crisis; and the tens-of-thousands of excess non-COVID deaths. Unsurprisingly, they have also ignited a cruel and tyrannical streak in many people, including those in positions of influence; you do not need to be a psychologist to realise that frightening the general population, and then shaming and scapegoating a minority group within it, would not end well.

Consequently, we have witnessed policymakers – supported by most professional bodies – disregarding the fundamental ethical principle of informed consent, by the imposition of vaccine passports and vaccine mandates, striving to implement a system whereby those refusing the jab are denied access to work and leisure. Furthermore, individual politicians (past and present) have felt empowered to openly condemn the unvaccinated minority. The Health Secretary, Sajid Javid, claimed they were inflicting a ‘damaging impact’ on society as ‘they take up hospital beds that could have been used for someone with maybe a heart problem’. If Javid had directed this criticism at other societal groups who place a disproportionate demand on our health services (the obese, for example) his comments would have attracted widespread criticism. Meanwhile, former prime minister, Tony Blair, proclaimed: ‘If you’re not vaccinated you’re an idiot’. Even the Archbishop of Canterbury got in on the act, accusing those who decline the vaccine of opposing the Christian principle of ‘love thy neighbour’.

Emboldened by the state-sponsored vilification of the unvaccinated, celebrities and journalists quickly boarded the hate train. According to these people of influence, those refusing the jab were: displaying ‘ignorant delusions’ and ‘stupidity’ (Nick Cohen, Observer journalist); undeserving of medical attention for their injuries (Piers Morgan); unfit to ‘live the lives the rest of us do’ (Carol Malone, Daily Express); deserving of their own lockdown (Karen Brady, entrepreneur); and ‘refuseniks’ who it was timely to ‘punish’ (Andrew Neil).

So who is responsible for this persecution of a minority group? HART believes that responsibility for unleashing this tyrannical monster lies mainly at the door of the behavioural scientists who for the last two years, from their privileged position embedded at the heart of government, have skilfully orchestrated the unprecedented propaganda campaign. Even if there was no malevolent intent, the ‘nudgers’ are, at the very least, guilty of paternalistic narrow-mindedness.An independent review of the role of behavioural science within our society is long overdue. HART member, Dr Gary Sidley, in alliance with many other health professionals, has formally requested that the Government’s Public Administration & Constitutional Affairs Committee – PACAC – conduct an investigation, in an open and transparent way. The general public have a right to know about the systematic manipulation they have endured, and red lines need to be identified to ensure that future governments’ attempts to influence and persuade the British people remain within the envelope of ethical acceptability. State-inspired hate crimes must never happen again.